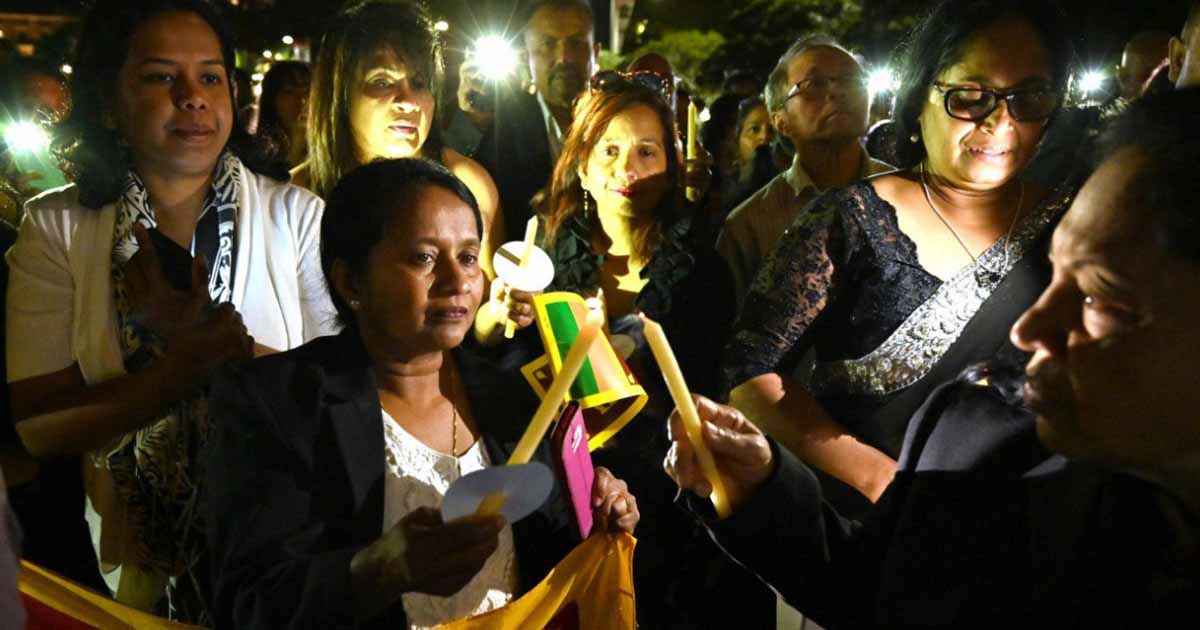 The two brothers zoomed around the Sri Lankan capital in flashy cars and pursued thriving careers, now their neighbours are struggling to understand how the pair turned to radical Islam and became suicide bombers.

Barely five hours after the Easter Sunday attacks on three churches and three hotels that left 253 dead, businessman Mahanama Jayamanne had just settled for a nap when he was jolted by a blast that made the windows of his bungalow shake.

After the traumatic morning, the 55-year-old Roman Catholic thought life had taken an even more worrying turn when he heard helicopters flying above the quiet, tree-lined Dematagoda neighbourhood.

“Everyone was panicking… At first, I thought some terrorist had entered a house nearby and was hiding there then I realised no, the blast came from someone already living there,” he told AFP. “I was totally shocked.”

The building was home to brothers Ilham Ibrahim and Inshaf Ahmed. They helped their father run a thriving spice business and had a copper wiring factory which financed their luxury cars and home. They were also suicide bombers.

Wearing explosives-laden backpacks, the pair carried out simultaneous blasts as guests lined up for Easter breakfast buffets at the Cinnamon Grand and Shangri-La hotels. Investigations quickly led police to a stately mansion in Mahawila Gardens.

As security forces raided the three-storey building, the pregnant wife of one of the brothers detonated a bomb, killing herself, her two children and two police. Another relative also blew himself up, killing an inspector.

“The other family members knew what the brothers were up to,” a senior police officer said. “It was as if they knew we were coming”.

When their father Ibrahim Hajiar moved to the neighbourhood in the early 1990s, he was a small-time businessman importing dried fish from the Maldives and living in a modest house. Jayamanne, who owns a construction company, admired his new neighbour’s business acumen and they became friends.

As Ibrahim’s prosperity grew, he moved into a nearby mansion and acquired a fleet of expensive cars, but his work ethic never flagged, said Jayamanne. “He was the type of man who woke up early, and if his driver hadn’t arrived yet, would just get into a rickshaw and go to work,” he said.

“The sons were always hospitable and polite to me because of my friendship with their father.” But huge wealth was not the only factor that distinguished the family, he said.

“The sons’ wives all wore full coverings. In all my visits to their home, I never once saw any of their faces,” he said. And in a neighbourhood where children regularly play outdoors, their kids were rarely seen in public, he said. Shasna Raffaideen, a 26-year-old operations analyst, was more blunt.

“The women were always covered up, the men were often wearing the skullcap. I found it strange, I didn’t like it,” she said. “I am also a Muslim but it was obvious they were much more conservative,” she added. “But I never realised they were violent.”

The brothers belonged to the National Thowheeth Jama’ath (NTJ) organisation, founded by Sri Lankan preacher Zahran Hashim, who had links to the militant Islamic State group, which has claimed responsibility for the attacks.

Police are trying to piece together how the siblings established intimate ties with a fundamentalist cleric who was expelled from a seminary and feared by moderate Muslims in his home town. Investigators say the unlikely friendship may date back to 2017 and that access to the brothers’ wealth allowed Hashim to finance militant activities and attract other followers.

The siblings had reportedly willed property worth hundreds of thousands of dollars to relatives just before the bombings. Some family members, including the father, are in custody. As the neighbourhood tries to come to terms with its newfound notoriety, Jayamanne said he could not understand how a family he considered friends could massacre his fellow Christians.

“As a Catholic, I feel terribly sad. I feel betrayed, I think they have betrayed everyone in Sri Lanka including the Muslim community,” he said. “I feel very angry but then I also struggle because these same boys used to offer me tea and call me ‘uncle’. “It’s clear that they were responsible for these attacks but my heart doesn’t want to accept it,” he said.

Journey of Yashma Gill: From Atheism Towards Allah