Israel's PM Benjamin Netanyahu has offered his condolences to the family of Iyak Hallak who was martyred by Israeli security forces. He says he will take action once the results of an ongoing investigation are presented to him. 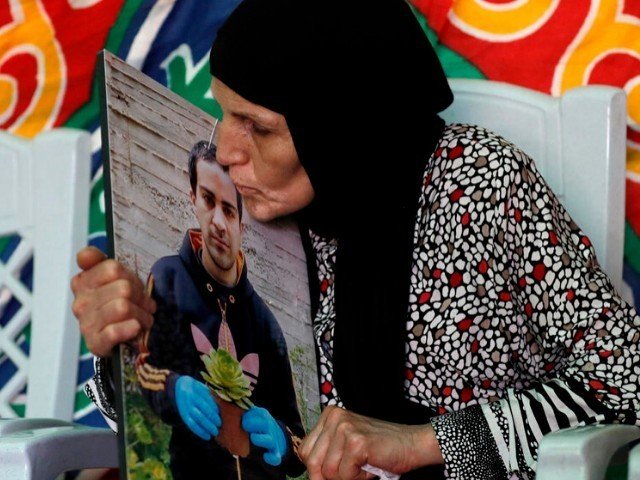 Israeli Prime Minister Benjamin Netanyahu said Sunday that the recent police killing of an autistic Palestinian man was unjustified and a “tragedy”, offering his condolences to the bereaved family. Though he offered up the apology, albeit very late, Netanyahu still continues his agenda of annexation of West Bank and the alienation of the Palestinians.

Israeli police shot 32-year-old Iyak Hallak in Jerusalem on May 30 while he was walking to his special needs school, after officers mistakenly thought he was armed.

“What happened with Iyad Hallak is a tragedy. This is a man with limitations — autism — who was under suspicion, we know, wrongly, of being a terrorist in a very sensitive location,” Netanyahu said at the start of the weekly cabinet meeting.

The killing happened near Lions’ Gate in the alleys of the walled Old City, where Hallak had attended school for six years.

Border police officers opened fire on a man in Jerusalem’s Old City after they suspected he had a gun, The Times of Israel newspaper reported.

In a statement, police said the Palestinian man was carrying “a suspicious object that looked like a pistol” and ran away when ordered to stop.

According to Israeli media, the man, who was found to be unarmed, was shot dead during the chase.

The family of the young man, who was identified as Iyad Elkhalak, a resident of East Jerusalem’s neighborhood of Wadi Joz, has a mental disability.

The shooting came a day after Israeli forces killed a Palestinian in the occupied West Bank for allegedly attempting to ram them with his vehicle. No Israelis were wounded in either incident.

Tensions have risen in recent weeks as Israel has pressed ahead with plans to annex large parts of the occupied West Bank in line with President Donald Trump’s Middle East plan, which strongly favors Israel and was rejected by the Palestinians.

Israeli police shot 32-year-old Iyak Hallak in Jerusalem while he was walking to his special needs school https://t.co/Gz7ULSmD4p pic.twitter.com/dt4Xx10jBL

The premier added that he awaited the outcome of an investigation into the shooting.

Thousands of mourners massed for Hallak’s funeral, while online the hashtag #PalestinianLivesMatter echoed the fury being seen at mass protests against police violence and racism in the United States.

Glick is dedicated to increasing Jewish presence at the Al-Aqsa mosque compound, the third holiest site in Islam, in the Old City. The location is also the holiest site for Jews, who refer to it as the Temple Mount.

Glick, who survived a 2014 assassination attempt over his Jerusalem activities, said he was attacked Thursday when exiting the Hallak mourning tent in an attempted “murderous lynching” attack and sustained light wounds.

Speaking on Sunday, Netanyahu said the killing of Hallak “does not justify the wild attack on former MP Glick”.

“I’m sure justice will be done here too,” the premier said.

Police arrested one person in connection with the attack and released him to house arrest while the investigation continued.

Palestine-Israel relations on the brink after Israel reveals annexation plans

Israeli Prime Minister Benjamin Netanyahu pledged to annex parts of the occupied West Bank in the coming months, vowing to move ahead with the explosive plan despite a growing chorus of condemnations by key allies.

In an apparent reference to the friendly administration of President Donald Trump, Netanyahu said Israel had a “historic opportunity” to redraw the Mideast map that could not be missed. Israeli media quoted him as saying he would act in July.

“This is an opportunity that we will not let pass,” he told members of his conservative Likud party. He added that the “historic opportunity” to annex the West Bank had never before occurred since Israel’s founding in 1948.