Honda just teased its new 2020 Honda City and the auto market is in rush. Honda's new car is loaded with new wonderful specs that beat any car by Honda competitors. New Honda City is a treat to watch. Read on for full specs with a wonderful price.

Honda cars are the most popular cars in the subcontinent due to their innovative technology, new designs, and good resale figures. Honda has always been able to win over the hearts of its customers with every new version of its cars.

And Honda is in the market with a new addition! 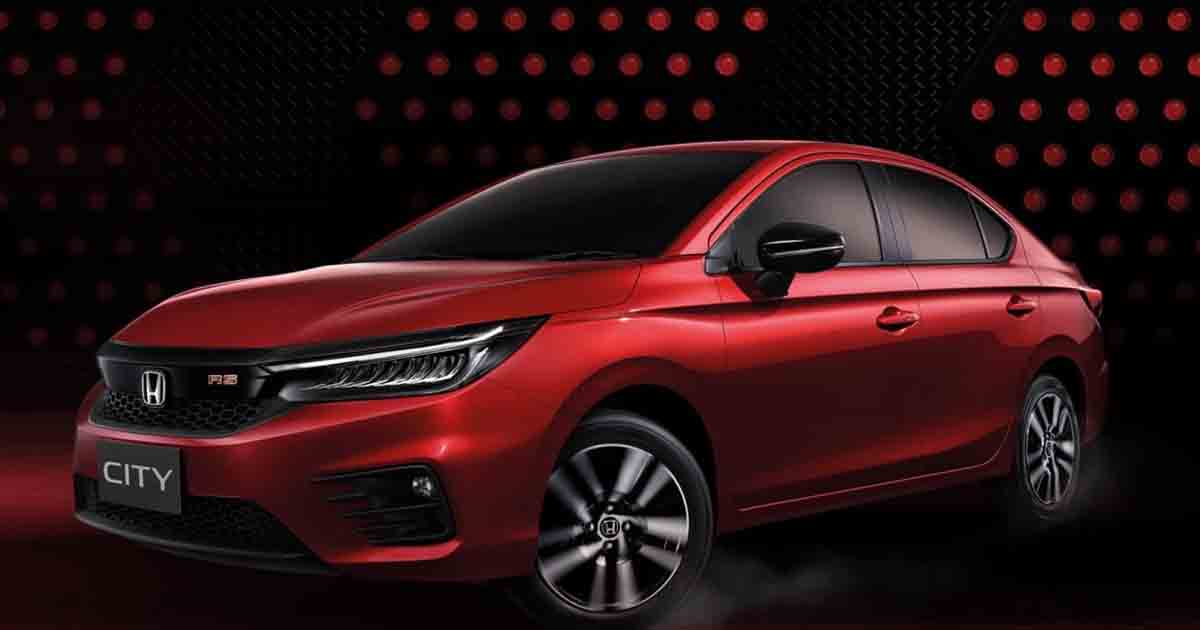 Honda just released an official teaser image of the new generation City ahead of its market debut in April 2020. The fifth-generation sedan comes with visual and interior updates alongside the addition of new features while the dimensions have also been increased aiding in a more spacious cabin. The new City is 113 mm longer and 53 mm wider than the existing model that has been in the business for long.

The C-segment for sedans has seen a massive decline in sales due to the arrival of mid-size SUVs and the 2020 Honda City will likely reinvigorate the space in terms of volumes, just as the tenth gen Civic did when it arrived in March 2019. The forthcoming model has a shorter wheelbase by 11 mm and shorter by 28 mm as well. The teaser image reveals the exterior revisions we have already known from its debut internationally.

The front fascia comes with sharper LED headlamps and integrated LED Daytime Running Lights while the front grille, bumper area, and fog lamps have also been redesigned to give a sportier look. The rear gets updated LED tail lamps and new bumper while the overall silhouette remains largely the same.

The cabin gains an eight-inch touchscreen infotainment system with Apple CarPlay and Android Auto connectivity and it will get an updated features list with more equipment such as an electric sunroof, digital multi-information display, rear air conditioning vents and a whole host of driver-assistive and safety features onboard this time around.

Six airbags, ABS with EBD, cruise control, VSC (Vehicle Stability Control), ISOFIX child seat anchors and mandatory safety features are part of the package. Under the bonnet, the 2020 Honda City will feature a 1.5-liter i-DTEC diesel engine kicking out 117 bhp and 145 Nm of torque while the 1.5-liter i-VTEC petrol engine makes 100 bhp and 200 Nm of torque.

The BSVI compliant engines are mated to either a six-speed manual or a CVT auto. We will have to wait and see whether the 2020 Honda City RS Turbo will be launched in India or not. It uses a 1.0-liter turbo petrol motor delivering 122 bhp and 173 Nm. Expect the pricing to be around Rs.

This has been a good year for Honda Pakistan. This year the company wanted to map new territories never explored before in the Pakistani auto market. With its newly introduced 10th generation Honda Civic – Turbo Oriel, the Japanese brand has revolutionized the look and engine specs of its most famous model. The 2020 version of the Civic Oriel has just been released in Pakistan and booking of the car has already started.

The Honda Civic – Turbo Oriel, under its hood, has a powerhouse of 1.5 Liter i-VTEC engine coupled with a responsive continuously variable transmission (CVT), which can easily churn up 170 horsepower at 5500 RPM (Rotation per Minute) and produces 220 pounds of torque at 1700 RPM.

The car’s interior boasts some modern technology most cars from Honda’s competitor companies lack. The car is equipped with,

Part two of Imran Khan’s audio on US cipher leaked

The assertions of a regime transition are false, according to Donald Bloom, the US ambassador to Pakistan, who called PTI's claims "unfortunate".
Top News

A Friday explosion in Kohlu district's main market in Balochistan left at least one person dead and 20 others injured.
Top News