China fears a "New Cold War" developing between US and China. Wang Yi, Chinese foreign minister blamed that a "political virus" in Washington is creating this "New Cold War". Trump administration and many in the US government and the Senate demand investigations into the origins of the Virus. China considers this politically motivated. 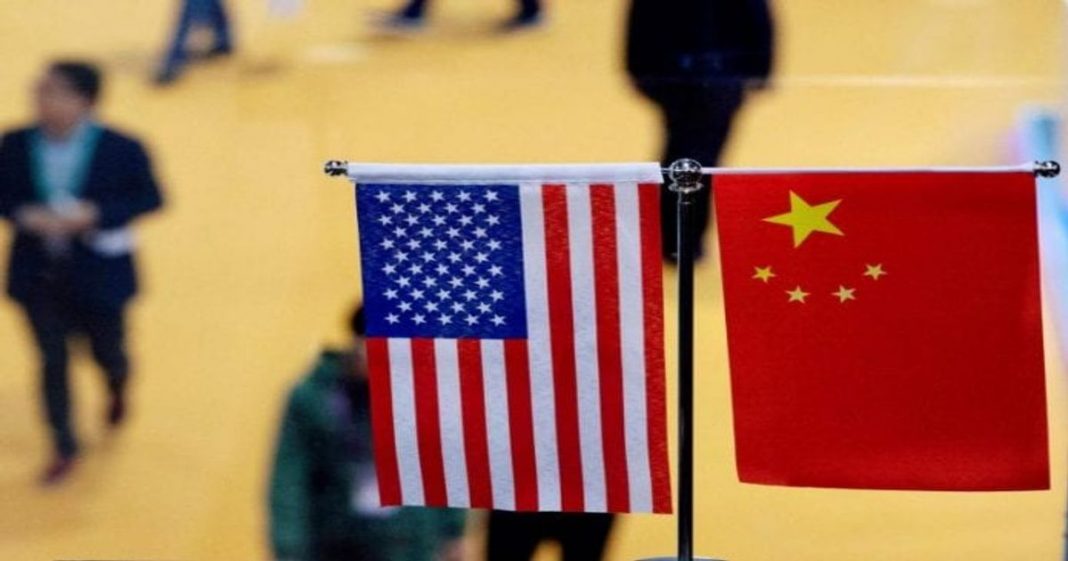 China said Sunday that relations with the United States were “on the brink of a “New Cold War”, fuelled in part by tensions over the coronavirus pandemic, as Muslims around the world celebrated a muted end to the holy month of Ramadan.

Wang Yi, Chinese foreign minister, made these comments during a press briefing in Beijing. It was during the ongoing meetings of the Communist party of China. Many expected him to make some comments on Sino-Indian tensions in Ladakh but he disappointed them – instead created new headlines by talking of a “New Cold War” between the US and China.

Foreign Minister Wang Yi said that US-China relations are threatened by a “New Cold War” because Washington had been infected by a “political virus” compelling figures there to continually attack China, but offered an olive branch by saying the country would be open to an international effort to find the coronavirus source.

“It has come to our attention that some political forces in the US are taking US-China relations hostage and pushing our two countries to the brink of a “New Cold War,” he told reporters during a press conference at China’s week-long annual parliament session.

He spoke as more nations eased lockdown restrictions in a bid to salvage economies and lifestyles that have been savaged by the pandemic.

World opening up amidst fears of Corona virus

Hundreds of millions of Muslims around the world were celebrating a muted Eid al-Fitr, with Islam’s two most important mosques closed to worshippers in Mecca and Medina.

Still, churches were reopening in France, Spain’s football league announced it would kick off again on June 8, and thousands flocked to beaches in the US, where lockdowns and social distancing have become rights issues that have split communities.

Globally about 342,000 people have been killed, and more than 5.3 million people infected by the virus, which most scientists believe jumped from animals to humans — possibly at a market in the central Chinese city of Wuhan.

The issue has become highly politicised, with US President Donald Trump accusing Beijing of a lack of transparency, and pushing the theory that the virus leaked from a Chinese maximum-security laboratory. US President Donald Trump and Secretary of State Mike Pompeo have both claimed that there is evidence the pathogen came from the lab in Wuhan — the city where the disease was first detected late last year.

China’s Foreign Minister Wang Yi on Sunday blasted what he called efforts by US politicians to “fabricate rumours” about the virus origin and “stigmatise China”.

“China is open to working with the international scientific community to look into the source of the virus,” he said.

“At the same time, we believe that this should be professional, fair and constructive.”

With infection numbers stabilising in the West, many governments are trying to move towards lighter social distancing measures that they hope will revive moribund business and tourism sectors.

French churches were preparing to hold their first Sunday masses in more than two months after the government bowed to a ruling that they should be reopened — provided proper precautions were taken.

“My cell phone is crackling with messages!” Father Pierre Amar, a priest in Versailles, told AFP.

France’s mosques, however, called on Muslims to stay at home for the Eid al-Fitr holiday marking the end of the Islamic fasting month of Ramadan. They said they would gradually resume services from June 3.

In Pakistan, thousands gathered in mosques, but celebrations were muted by the crash of a passenger plane into a residential neighbourhood in Karachi on Friday, killing 97 on board.

Dawn said the crash and coronavirus epidemic — that has killed over 1,000 people in Pakistan — had robbed the “country of whatever little joy had been left at the prospect of Eid”.

In Saudi Arabia, Eid prayers will be held at the two holy mosques in the cities of Mecca and Medina “without worshippers”, authorities said as the kingdom began a five-day curfew after infections quadrupled since the start of Ramadan.

“Eid is not Eid with the atmosphere of coronavirus — people feel a sense of fear,” worshipper Akram Taher said.

Read more: Coronavirus during Eid: the impact on celebrations

For Christians in Jerusalem, the Church of the Holy Sepulchre will reopen on Sunday — but with tight restrictions.

In Spain, which has enforced one of the world’s strictest lockdowns since mid-March, Prime Minister Pedro Sanchez sought to reassure potential visitors, saying that from July 1, “entry for foreign tourists into Spain will resume in secure conditions”.

Italy is also due to reopen its borders to foreign tourists from June 3.

Steady increase in coronavirus death-tolls around the world

But the disease continued its surge in large parts of South America, with the death toll in Brazil passing 22,000 and infections topping 347,000, the world’s second-highest caseload.

Neighbouring Peru is also struggling. The country of 32 million has registered more than 3,100 deaths.

Pakistan’s number of coronavirus cases on Tuesday jumped from 56,350 to 57,710 — an increase of 1,360 in 24 hours — prompting the authorities to take stock of the anti-coronavirus strategy and mull various options, including withdrawal of ease in conducting businesses.

In the US, where the death toll is nearing 100,000, Trump has aggressively pushed to reopen the economy, defying the advice of health experts.

He sent a signal of his intentions by playing golf Saturday — his first round since March 8.

US beaches re-open amidst rising number of infections

The US economy has shed almost 40 million jobs this year and many companies, most recently car rental giant Hertz, have gone to the wall. But most states have begun easing their lockdowns and many on Saturday reopened public beaches.

“We just get tired of being stuck in the house. There’s not much else to do. So I came to the beach,” stay-at-home mother Kayla Lambert said, as her two children played in the surf in Galveston, Texas.

In the Tampa area, along Florida’s Gulf Coast, the crowds were so big that authorities took the extraordinary step of closing parking lots. The county’s sheriff, Bob Gualtieri, said about 300 deputies were patrolling the beaches to ensure people did not get too close.

In Britain, a scandal erupted over a disclosure that a top government adviser had even flouted the rules.

Dominic Cummings was seen visiting his parents 250 miles (400 kilometres) away from his London home during the country’s lockdown, despite suffering from virus symptoms.

He denies any wrongdoing but faces calls to quit.

GVS News Desk with input from AFP and other sources.

Previous articlePakistan Army Chief warns against change in Kashmir’s disputed status
Next articleWhat can Pakistan do to counter the rise of Islamophobia in India?

22 September 2021
Previous articlePakistan Army Chief warns against change in Kashmir’s disputed status
Next articleWhat can Pakistan do to counter the rise of Islamophobia in India?

Iran talks aim to save nuclear deal after US pullout