What seems to be the clear manifestation of ‘Clash of Civilizations’, author James M. Dorsey argues that the central and most dangerous dimension of the emerging global politics would be conflict between groups from differing civilizations. Religious discrimination and sectarian division coupled with the ongoing clash between different civilizations present a horrible picture for the future of mankind. 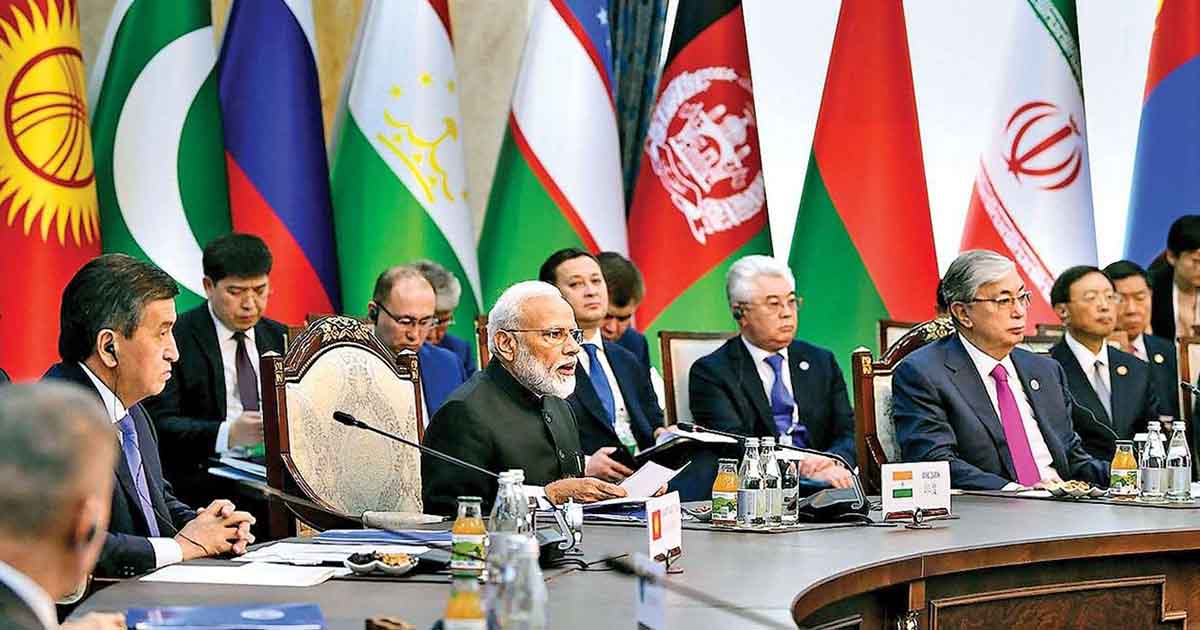 Television news summarizes daily what a new world order shaped by civilisationalists entails. Writer William Gibson’s assertion that “the future is already here – it’s just not evenly distributed” is graphically illustrated in pictures of hundreds of thousands, if not millions of desperate Syrians fleeing indiscriminate bombing in Idlib, Syria’s last rebel stronghold, with nowhere to go.

It’s also evident in video clips from the streets of Indian cities where police stand aside as Hindu nationalists target Muslims and Prime Minister Narendra Modi turns Muslims into second-class citizens; refugee camps in Bangladesh where hundreds of thousands of Rohingya who fled ethnic cleansing in Myanmar linger with no prospect of a better life; a devastating civil war in Libya fuelled by foreign powers propagating a worldview that has much in common with civilisationalism; a take-it-or-leave it US plan to resolve the Israeli-Palestinian conflict that belittles and disregards Palestinian aspirations; the Trump administration’s adoption of rules that favour immigrants from Europe rather than Africa, Asia and Latin America; and China’s brutal effort to erase the identity and culture of its Turkic Muslim minority.

No doubt, it’s a revolution that is rejected by ultra-conservative Muslims, elements of the Brotherhood and various strands of Salafism

The constant tv diet of the horrors of civilizationalist-inspired violence, war, human suffering, discrimination, and prejudice coupled with fears of existential threats posed by the other, migration and globalization, no longer spark outrage.

Underlying civilizationalist discrimination and repression that risks dislocating ever larger minority segments of populations, political violence and mass migration on unmanageable scales is the mainstreaming of racism, anti-Semitism and Islamophobia and the demonization of liberal values that propagate basic, human and minority rights and ideologies that seek to synthesize democratic and conservative values steeped in tradition and religion, particularly Islam.

Read more: West versus East: From America’s “Triumph” to “Trump”

Political scientist Shawn W. Rosenberg argues that the political structures of states that are governed by populists and/or defined by a civilization rather than the Westphalian concept of a nation are built on the notion that people are characterized not by their ties to one another, but by being part of a nation.

Civilisationalists and populists ignore individual differences and emphasize an individual’s relationship to the nation. In their world, individuals are at the bottom of the heap in a civilizationalist state that is anchored in concepts of loyalty to the nation and obedience to the state and its leaders who embody the will of the people.

Mr. Rosenberg warns that civilisationalists see an independent judiciary, Western concepts of rule of law, and a free press as institutions that not only obstruct accomplishment of their mission but also undermine their definition of the role and place of the individual.

To protect a nation’s integrity, civilisationalists and populists seek to shield ‘the people’ from foreign influences, migration and the nation’s competitors, other nations. They see their nation’s power as derived from being stronger than others and doing better than others at the other’s expense.

Foreign policy is geared towards that goal rather than towards a global community that upholds principles of equality, equity and cooperation, Mr. Rosenberg asserts. Civilisationalists and populist seek economic and/or military diminution, if not domination of others, which by implication requires a rejection or hollowing out of international institutions.

The civilizationalist approach is making itself felt not only in lands governed by civilisationalists. Mainstream political leaders like French President Emmanuel Macron, widely viewed as a centrist who is attempting to counter civilisationalism and populism, are not immune to aspects of civilisationalism.

Read more: Xi Jinping dismisses any claims of cultural clash with US; calls it “stupid”

Nor is the Dutch parliamentary commission that earlier this month held controversial hearings about “unwanted influencing by unfree countries” that focussed on Gulf support for Dutch Muslim communities and an unnuanced view of political Islam. The commission contemplated following in the footsteps of Austria that has banned foreign funding for Muslim organizations. France is considering a similar ban.

Speaking in the city of Mulhouse earlier this month, Mr. Macron laid out his strategy to combat political Islam represented by the Muslim Brotherhood and Salafists who in his words insist that Islamic law supersedes the laws of the French Republic and emphasize “Islamist separatism” and “Islamist supremacy.”

Kuwait and Qatar are funding the construction of an Islamic religious and cultural centre in Mulhouse.

Qatar has backed the Brotherhood in the past and is home to Yusuf al-Qaradawi, widely viewed as a one of the foremost influencers of the Brotherhood, a catch-all for a multitude of aligned Islamist groups that bicker among themselves.

German politicians accused the far-right Alternative for Germany (AfD) party of contributing to that environment. They demanded that the party be placed under surveillance

Mr. Macron’s sweeping opposition to political Islam persuaded him to support Libyan rebel leader Khalifa Haftar, who stands accused of human rights violations and has aligned himself with a Saudi-backed strand of Salafism that preaches absolute obedience to the ruler.

Mr. Haftar, who also enjoys support of the United Arab Emirates and Egypt, two countries opposed to democracy and any expression of Islam that rejects submission to an autocrat, is seeking to wrench control of the Libyan capital of Tripoli from the United Nations-recognized Government of National Accord (GNA). The GNA is backed by Turkey and includes elements associated with the Brotherhood.

To be sure, France has had its share of jihadist violence in recent years with deadly attacks on a French satirical newspaper, restaurants, music halls and soccer stadiums and the ramming of a truck into a crowd on the streets of Nice.

Creeping civilisationalism does not, however, by definition characterise the efforts by Europeans like Mr. Macron and others to ensure that minority communities, including Muslims, are full-fledged participants in a society that should afford them equal opportunity and rights and requires them to accommodate dominant mores.

Civilizationalist approaches, nonetheless, contribute to the failure to be agnostic in countering all forms of supremacism and racial, ethnic or religious prejudice and the lumping together of ideologies that reject democratic values with ones that seek accommodation.

It’s a failure that creates the environment in which someone like white supremacist Tobias Rathjen was emboldened to earlier this month kill nine people with an immigrant background in the German city of Hanau.

The arc of the moral universe is long, but it bends toward justice, Mr. Mead the columnist, concluded that it is hard to see from Idlib.

German politicians accused the far-right Alternative for Germany (AfD) party of contributing to that environment. They demanded that the party be placed under surveillance.

Countering civilisationalism is one side of the coin. Avoiding unhelpful generalisations and oversimplifications is another.

In an examination of the concept of popular sovereignty in Islamic thought, political scientist Andrew F. March argues that this decade’s popular Arab revolts marked an “intellectual revolution” and “a comprehensive reformulation of Islamic political philosophy” involving not only “reducing rulers to their proper status as agents of the people but also implicitly raising the people to the ultimate arbiters of God’s law.”

No doubt, it’s a revolution that is rejected by ultra-conservative Muslims, elements of the Brotherhood and various strands of Salafism. Nonetheless, it was a revolution articulated in February 2011, days after the fall of Hosni Mubarak, by none other than Mr. Al-Qaradawi, one of the most prominent Islamist thinkers.

Quoting Martin Luther King Jr’s prediction that “the arc of the moral universe is long, but it bends toward justice,” Mr. Mead the columnist, concluded that it “is hard to see from Idlib.”

He could have just as well been speaking about the dislocation and suffering in a civilizationalist-dominated world that plays out on television screens across the globe in which rights, equitable rule of law and international law are relegated to the dust bin.

Does PTI really believe in freedom of expression?

Mystery Behind Murder of Memon Journalist, Fingers Pointed Towards PPP