Amid the diplomatic wrangling between India and China, Delhi Restaurant owners have banned Chinese citizens from their establishments. Indians put on a brave face in front of China after humiliation at Ladakh, but the fact remains that Indian economy is heavily reliant on China - these moves may just be eyewash. 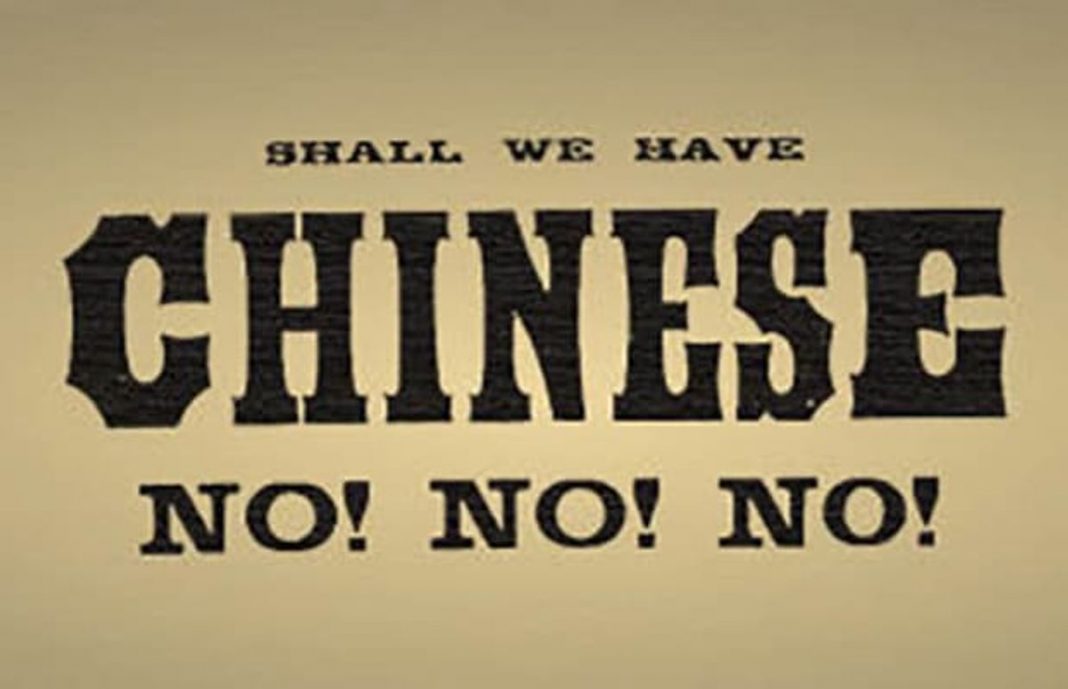 One of Delhi’s main hotel associations said Thursday that its members are barring Chinese guests, as calls for a boycott of Chinese goods gather pace following a border clash that killed 20 Indian soldiers. Chinese are banned from Delhi restaurants, as public anger in India reaches a crescendo.

The June 15 battle was the first time troops have died in combat along the Asian giants’ Himalayan border in 45 years, and has been followed by a build-up of forces even as talks continue.

Chinese banned from Delhi restaurants in a bid to support government

Sandeep Khandelwal, president of the Delhi Hotel and Restaurant Owners Association, said the decision covering 75,000 hotel rooms in the Indian capital was to “support our government in this war-like situation with China”.

Earlier, a minister had urged Indians to boycott Chinese food, a claim that was decried as bizzare.

“Why should we allow them to earn money from India?” Khandelwal said.

Although almost 300,000 Chinese visited India in 2018, the boycott is largely symbolic as travel restrictions because of the coronavirus have seen foreign visitor numbers dwindle.

Some hotels remain shuttered despite a lockdown being gradually eased.

The move, however, demonstrates growing anti-China sentiment in India — particularly on social media, which has been swamped with calls to spurn Chinese products.

The fact that Chinese are banned from Delhi restaurants is just the tip of the iceberg when it comes to public anger against China in India. There have also been small demonstrations with Chinese flags burned.

Read more: Policing the Ladakh border: a task and a half for India

E-commerce giants including US giant Amazon — which sell huge volumes of Chinese-made electronic items — have agreed to display the country of origin of goods for sale on their platforms, media reports said Thursday.

Earlier this week Prime Minister Narendra Modi’s government ordered all sellers to do the same on its GeM portal, which is used for tens of billions of dollars worth of state purchases.

China’s Xiaomi — India’s top cellphone brand which has factories in the country — is covering its logo on shopfronts in major cities, with banners reading “Made in India”.

“The company officials told us to do this to protect us from protesters or politicians who could damage the property as anti-China sentiments are on the rise,” said Jignesh, the owner of one Xiaomi shop in Mumbai.

“But demand has not come down for smartphones at all and people are still buying these gadgets,” he told AFP.

Goods made in China, including some raw materials vital to Indian pharmaceutical firms, are also starting to pile up at Indian ports and airports because of more stringent customs checks, media reports said.

Despite long-prickly relations, India and China have steadily built up strong economic ties in recent years.

Annual bilateral trade is worth some $90 billion, with a deficit of around $50 billion in China’s favour.

Can India afford a boycott of China?

A report by the BBC claims that a boycott of China is not feasible for India.

The Indian government hasn’t explicitly announced a boycott, but by all accounts states and public sector companies have been reportedly asked to desist from issuing new contracts to Chinese companies. The railways have reportedly cancelled a signalling project that was given to a Chinese company in 2016.

Bilateral trade between the countries, already down by 15% since the 2018 financial year, could take a further hit as India mulls extra tariffs and anti-dumping duties on Chinese imports. But, experts warn, it’s easier said than done to convert such boycott rhetoric into reality.

For one, China is India’s second-largest trading partner after the US. And two, it accounts for nearly 12% of India’s imports across sectors such as chemicals, automotive components, consumer electronics and pharmaceuticals.

“At least 70% of India’s drug intermediary needs are fulfilled by China,” Sudarshan Jain, president of the Indian Pharmaceutical Alliance, said.

India’s booming smartphone sector also heavily depends on cheap Chinese phones made by Oppo, Xaomi and others with the lion’s share of the local market.

Watch Andrew Korybko, political analyst based in Russia, in discussion with Najma Minhas, Editor Global Village Space explain why Indian expectations from Russian involvement are a leftover from the Communist era. Why Modi is more likely to attack Nepal than Pakistan to divert Indian population’s anger over the BJP governments perceived weakness over China’s intrusion into Indian claimed territory: