Mark Holland said he would be fasting for the sixth consecutive year. In one of the previous videos, he has described his experience of fasting as 'incredible'. He has been educating non-Muslims on the concept of Ramadan and fasting for 30 days through his speeches in the Canadian parliament. 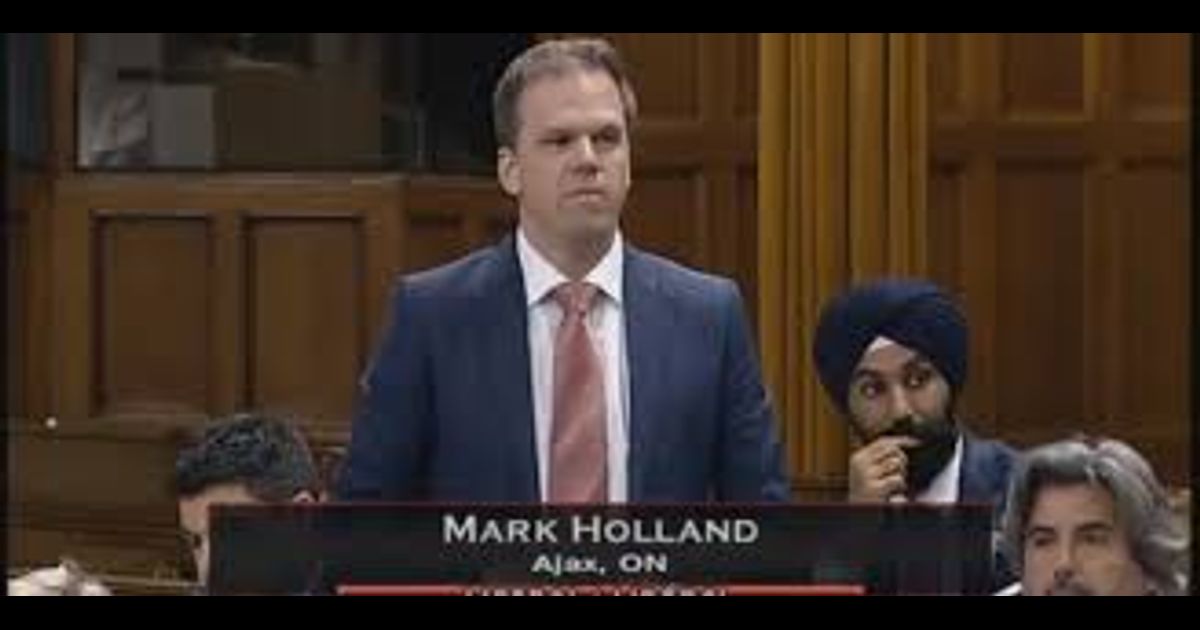 A non-Muslim Canadian MP Mark Holland from Ajax fasts in the month of Ramadan to support charity organization ‘Give 30’.

He extended warm wishes to the entire Muslim population for Ramadan in his latest video. Mark Holland said he would be fasting for the sixth consecutive year but would miss Iftars with his Muslim friends this year due to preventive measures of social distancing against coronavirus.

Once again this year I am proud to be fasting in support of @Give_30, a fantastic charitable organization that directs the money people save from fasting to the local food banks that help support our communities. This year, in the midst of #COVID19, the need is greater than ever.

Mark Holland explained Ramadan and the concept of fasting for 30 days to the Canadian parliament in one of his previous videos. in his speech, he shared his personal experience of fasting and the money he saved from it.

Social media users are widely sharing his videos in which he is talking about the month of Ramadan and his goal to donate to charity ‘Give 30’ the amount he saves by fasting.

Holland wished hundreds of thousands of Muslim Canadians celebrating Ramadan in a video dating back to 2016.

He went on to add that, “Last year, I had the opportunity to fast for the entire period of Ramadan. It is something I am going to do again in support of a charity called ‘Give 30’. People take the money that they save from fasting every day and give it to those in need, particularly food banks.”

“When I fasted, it was an incredible experience to feel what it was like to be hungry. Of course, I got relief at the end of the day, but for many children, unfortunately, in Canada and around the world, that relief never comes. [Give30] allows reflecting upon that and using the power of Ramadan to help others.”

In one of his previous interviews, he informed that a friend asked him to raise charity for the organization Give 30- a food bank that takes the savings obtained from fasting during the holy month of Ramadan and distribute among less fortunate people.

Liberal MP from an Ontario riding, Mark Holland. Hollande is fasting this Ramadan like the previous year to support a charity Give 30. Listen to his amazing speech in parliament, Canada pic.twitter.com/80JdEzueDa

“I didn’t hesitate when I was asked if I would fast with the community as a show of support,” Mark Holland said.

“As anyone who has fasted knows that that not eating during the day is difficult, but too many don’t have a choice when it comes to deciding whether or not to eat and local food banks play a vital role in helping those in need,” he further said.

To support the Muslim Community

He added that besides supporting a charity organization he fasts to express solidarity with the Muslim community in Ajax.

“We are fortunate in Ajax to have an incredibly diverse Muslim population; the outpouring of support from the community has been bewildering and incredibly touching,” Holland said.

“When I first fasted I thought it would be a good way to raise some awareness about a worthy charity doing admirable work,” added Mark Holland.

“I still fast in support of ‘Give 30’, but also now it has served as a great bridge between groups in our community,” added Holland.

He says since his election in 2015 he has been using parliament to educate non-Muslims on Ramadan and what it is about.

A Non-Muslim, Canadian Politician, perfectly explains the holy month of Ramadan and shares his own experience observing the holy month.

This is so wholesome, heartwarming, and refreshing to see

This is A LEADER ❤ pic.twitter.com/gX8IShxcf2

” I have been given a platform that I hope I have been able to use to educate non-Muslims about Ramadan and what it is about,” Mark Holland said.

Covid-19: Measures that are proven to be effective

Turks Ruled Subcontinent: In an Attempt to Mock Imran Khan Journalist Got Trolled