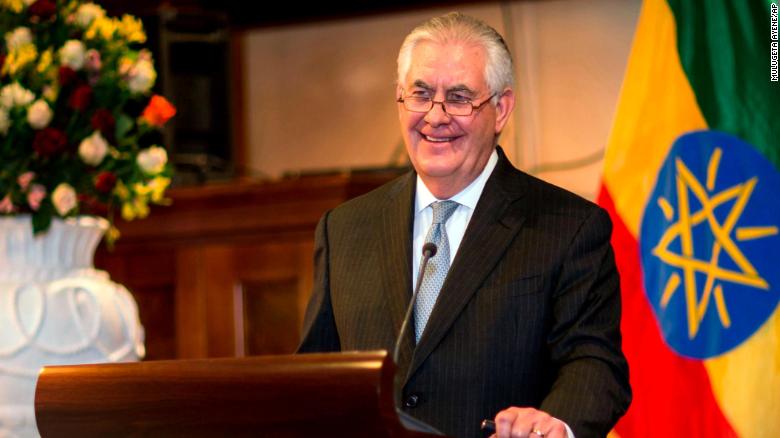 The nuclear brinkmanship on the Korean peninsula doesn’t seem to abate as Pyongyang decided to ramp-up the production of solid-fuel rocket engines and rocket warhead tips on Wednesday. The official media reported that Kim Jong Un visited the Chemical Institute and gave the go-ahead.

China has categorically warned DPRK not to expect help in case it strikes the US first; this has, both encouraged and discouraged DPRK to go first

Kim was debriefed about the process of manufacturing intercontinental ballistic missile warhead tips and solid-fuel rocket engines during his tour of the Chemical Material Institute of the Academy of Defence Science, the North’s official KCNA news agency reported.

The visit came a day after Secretary of State Rex Tillerson expressed hope that North Korea could be on the negotiating table. “I think it is worth noting, we have had no missile launches or provocative acts, or provocative actions, on the part of North Korea since the UN Security Council resolution” sanctioning Pyongyang on August 5, Tillerson said Tuesday at the State Department.

Last week, the fiery Kim Jong Un held back his plans to attack the US territory of Guam. He reportedly said, ” I will watch a little more the foolish and stupid conduct of the Yankees.” President Trump took his favorite conduit, Twitter once again but this time it was not about fire and fury but one of appreciation. Trump tweeted:” Kim Jong Un of North Korea made a very wise and well-reasoned decision. The alternative would have been both catastrophic and unacceptable!”

As a new nuclear state with a dubious command and control structure, DPRK may cross the threshold regardless of the grave reprisals

Tillerson on Tuesday expressed hope in what he considered as restraint. He said: “We hope this is the signal we have been looking for, that they are ready to restrain provocative acts. And perhaps we are seeing a pathway in the near future to having some dialogue.” The comments came soon after the Treasury Department announced sanctions against Chinese and Russian firms doing business with DPRK.

Tensions have risen between the two nuclear-armed states after DPRK tested its ICBM’s which according to CIA, Pentagon, and North Korea can target US territories. That was followed by the ‘fire and fury’ week where both leaders in Trump and Kim hurled verbal grenades at each other.

The dangerous diatribes started when Trump, in his typical off the cuff remark warned North Korea of a response with ‘Fire and fury’. The statement was deemed as spontaneous, surprising, and incendiary. North Korea responded by a direct and dire threat. Its military announced a detailed plan to fire four Hwasong-12 missiles over Japan and into waters around the tiny US territory of Guam, home to two US bases and 160,000 people.

Weak nuclear states, especially those who are considered a pariah are susceptible to preemptive and first strikes

Trump retorted vehemently. He implored North Korea to get their act together or face a deadly response. ”Maybe that statement wasn’t tough enough,” he said. If this was not enough he said that military solutions are firmly on the table and that it is hoped that Korea would take a different course. He Tweeted: ”Military solutions are now fully in place, locked and loaded, should North Korea act unwisely. Hopefully, Kim Jong Un will find another path!”.
Read more: Moscow nervous as the US-North Korean tensions rise

Writing for the Wall Street Journal, Jim Mattis and Rex Tillerson said that they have supplanted strategic patience with strategic accountability. They also said that DPRK has not been deterred as of now.

The dangerous diatribes started when Trump, in his typical off the cuff remark warned North Korea of a response with ‘Fire and fury’

One could argue that the US has neither been able to deter nor compel Kim’s regime as it continues to augment its nuclear arsenal and delivery systems. The CIA believes that DPRK’s ICBMs and re-entry vehicles can target US cities. In nuclear terminology, Kim’s threat is credible. On the other hand, Trump’s assertion that his military is “locked and loaded” is not backed up by on-ground mobilization. However, US’ strategic assets are more in number, well-placed and can pulverize the North Korean regime.

The US could go for the destruction of DPRK’s nuclear weapons and facilities by carrying out counterforce targets, something which Kim and his regime can ill-afford. Weak nuclear states, especially those who are considered a pariah are susceptible to preemptive and first strikes. DPRK’s apprehensions will increase as its increases the size of its nuclear forces.

There is crisis instability as DPRK has an incentive to strike first. DPRK’s vulnerabilities may be further sparked by the hawkish statements from US top officials including Trump; this can certainly result in grave miscalculations. Kim’s regime flaunts its power on behest of its ever-growing nuclear armory; minus that, DPRK would be on the crutches. This can also bring the use vs lose dilemma for the regime. In all earnestness, the regime will opt for the former.

Thus far an attack from either side does not look likely, but the fog, dust, and smoke of war can lead to recklessness. As a new nuclear state with a dubious command and control structure, DPRK may cross the threshold regardless of the grave reprisals. It is upon the US to act and behave responsibly, for weaker states will always have the ‘first use card up their sleeves’ regardless of the consequences.

China, Russia, and Germany have called upon both countries to show restraint.  China has categorically warned DPRK not to expect help in case it strikes the US first; this has, both encouraged and discouraged DPRK to go first, provided that a US attack is imminent, which is not the case so far.

US and Russia: A meeting of two giants during G20 summit!

Pentagon insists it is not profiting from Syria oil revenue