Not Like International Law Was Strictly Followed Before Trump & Putin

International law has been turned upside down by powerful nations and leaders like Trump and Putin. But its not like every country was strictly following it before these men came into power. 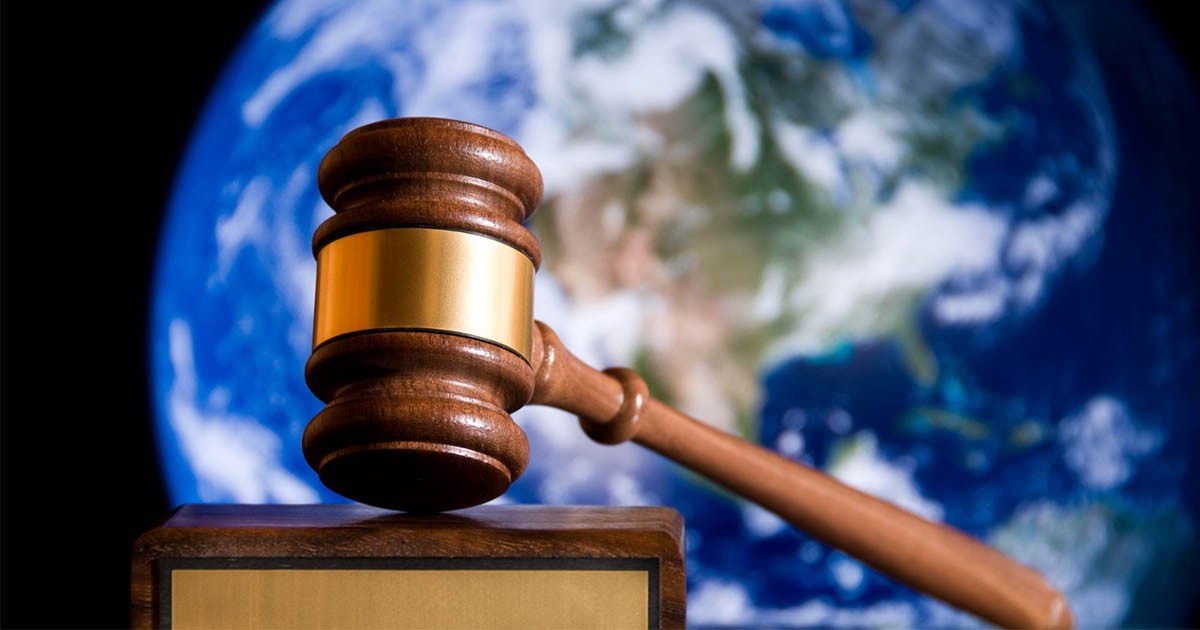 These are uncertain times with trade wars, regional conflicts and increased abuse of human and minority rights pockmarking the transition from a unipolar to a multipolar world. What may be potentially the most dangerous casualty of the transition is the abandonment of even a pretense to the adherence to international law.

Violations of international law and abuse of human and minority rights dominate news cycles in a world in which leaders, that think in exclusive civilizational rather than inclusive national terms, rule supreme. Examples are too many to comprehensively recount.

They include semi-permanent paralysis of the United Nations Security Council as a result of big power rivalry; last month’s Turkish military incursion into northern Syria in a bid to change the region’s demography; ethnic cleansing of the Rohingya in Myanmar; disenfranchisement of millions, predominantly Muslims, in India; and a Chinese effort to fundamentally alter the belief system of Turkic Muslims in the troubled north-western province of Xinjiang.

Identifying the problem is obviously easy. Solving it is not, given that the players who would need to redress the issue are the violators themselves.

It’s not that international law was adhered to prior to the rise of presidents like Donald J. Trump, Vladimir Putin, Xi Jinping, Victor Orban of Hungary, and Recep Tayyip Erdogan of Turkey or Indian Prime Minister Narendra Modi.

It wasn’t. Witness, as just one instance, widespread condemnation of the 2003 US invasion of Iraq as a violation of international law.

Instead, violations of territorial sovereignty, as well as human and minority rights, has become the norm.
Read more: Kashmir’s Case in International Court of Justice

It also is the de facto justification for the creation of a new world order, in which a critical mass of world leaders often defines the borders and national security of their countries in civilizational and/or ethnic, cultural or religious terms.

The abandonment of principles enshrined in international law, with no immediate alternative standard-setter in place, raises the specter of an era in which instability, conflict, mass migration, radicalization, outbursts of popular frustration and anger, and political violence becomes the new normal.

Last month’s killing of Kamlesh Tiwari, a Hindu nationalist politician in Uttar Pradesh, because of a defamatory comment about the Prophet Mohammed that he allegedly made four years ago, reflects the deterioration of Muslim-Hindu relations in Mr. Modi’s increasingly Hindu nationalist India.

Perhaps more alarming is the recent declaration by Oren Hazan, a Knesset member for Prime Minister Binyamin Netanyahu’s Likud party, that China’s incarceration of at least a million Muslims in re-education camps, or what Beijing calls vocational education facilities, was a model for Israel in its dispute with the Palestinians.

What may be potentially the most dangerous casualty of the transition is the abandonment of even a pretence to the adherence to international law.

Equally worrisome is last month’s revocation by Mr. Putin of an additional protocol to the Geneva Conventions related to the protection of victims of international armed conflicts. Mr. Putin justified the revocation on the grounds that an international commission, set up in order to investigate war crimes against civilians, risks abuse of the commission’s power “by the states, which are acting in bad faith.”

Russia alongside Iran and the government of President Bashar al-Assad have been accused of multiple war crimes in war-ravaged Syria. So have anti-Assad rebels, irrespective of their political or religious stripe.

Russia’s withdrawal from the Geneva protocol, Mr. Hazan’s endorsement of Chinese policy and Turkey’s intervention in Syria in an environment that legitimizes abandonment of any pretext of adherence to international law as well as ultra-nationalist and supremacist worldviews are indicators of what a world would look like in which laws, rules and regulations governing war and peace and human and minority rights are no longer the standards against which countries and governments are measured.
Read more: China Defended International Law By Condemning India On Kashmir

The fact that Mr. Al-Assad, a ruthless autocrat accused of uncountable war crimes, is increasingly being perceived as Syria’s best hope after more than eight years of brutal civil war aggravated by foreign intervention, drives the point home.

“As depressing as it is to write this sentence, the best course of action today is for President Bashar al-Assad’s regime to regain control over northern Syria. Assad is a war criminal whose forces killed more than half a million of his compatriots and produced several million refugees. In a perfect world, he would be on trial at The Hague instead of ruling in Damascus. But we do not live in a perfect world, and the question we face today is how to make the best of a horrible situation,” said prominent US political scientist Stephen M. Walt.

The problem is that stabilizing Syria by restoring legitimacy to an alleged war criminal may provide temporary relief, but also sets a precedent for world order, in which transparency and accountability fall by the wayside. It almost by definition opens the door to solutions that plant the seeds for renewed conflict and bloodshed.

International law was and is no panacea. To paraphrase Mr. Walt’s argument, it is the best of bad options.

The silver lining at the time was the fact that international law was at least a reference point for norms and standards by which leaders and governments were judged.

Abandoning the standards and norms embedded in international law will only perpetuate flawed policies by various states that were destined to aggravate and escalate deep-seated grievances, discord and conflict rather than fairly and responsibly address social, cultural and political issues that would contribute to enhanced societal cohesion.

Identifying the problem is obviously easy. Solving it is not, given that the players who would need to redress the issue are the violators themselves.

That may not be as delusionary as it sounds. But leaders would have to be willing to recognize that criticisms of the application of international law, like Mr. Putin’s objections to the way the Geneva protocol is implemented, have a degree of merit.

In other words, like national laws, international law will only be effective if it is universally applied. Western legal principles insist that no one is exempt from the law. The same should apply to states, governments, and leaders.
Dr. James M. Dorsey is a senior fellow at the S. Rajaratnam School of International Studies, co-director of the University of Würzburg’s Institute for Fan Culture, and the author of The Turbulent World of Middle East Soccer blog. This article is republished with the permission of the author.