New York State Bar Association (NYSBA) organised this unique webinar to discuss changes in the global perspectives on Alternate Dispute Resolution (ADR). Speakers included eminent ADR and international arbitration practitioners from across the world including the Pakistan. Perhaps this is the time that legal institutions across India and Pakistan need to seriously work on developing age old ADR mechanisms. 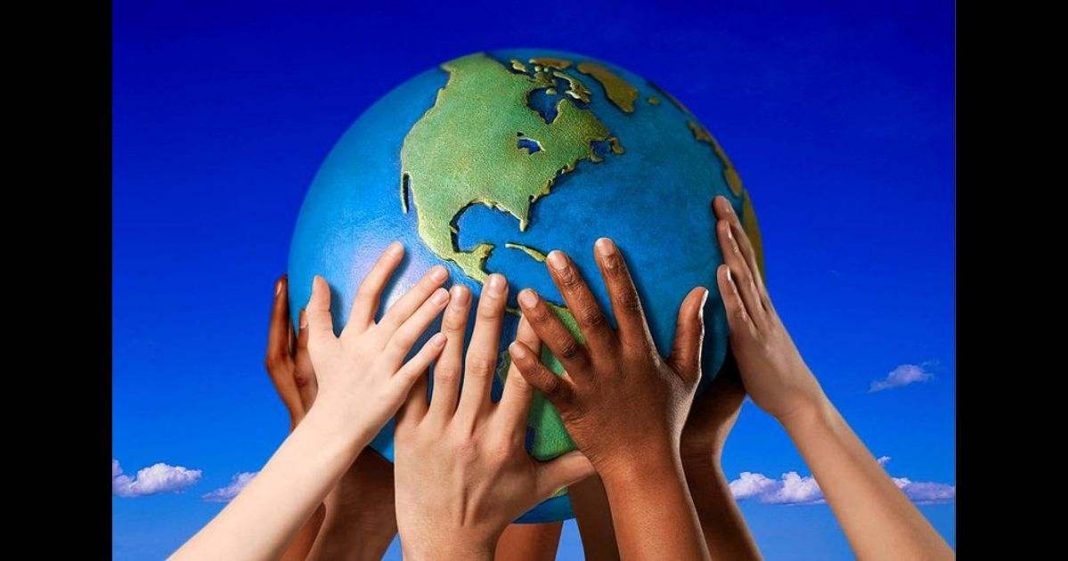 The New York State Bar Association (NYSBA) organised a webinar on 22 May, 2020 titled “Global Perspectives for a Changing ADR Landscape”. Several law firms and organisations participated from across the the world – including one from Pakistan.

Global Perspectives for a Changing ADR Landscape: 2020 and Beyond

Alternative dispute resolution (ADR), or external dispute resolution (EDR), typically denotes a wide range of dispute resolution processes and techniques that act as a means for disagreeing parties to come to an agreement short of litigation. This is a collective term for the ways in which various contesting parties can settle disputes, with the help of a third party. However, ADR is also increasingly being adopted as a tool to help settle disputes alongside the court system itself. And within New York Sate this is gaining increased momentum as decisions by courts in 2019 reveal – see our discussion below.

The roster of speakers, in this unique webinar, included eminent Alternate Dispute Resolution. (ADR) and international arbitration practitioners from the U.S., Europe, Africa, Singapore, Latin America and Pakistan. Specifically, the speakers were:

The webinar was moderated by the New York-based lawyer, Salman Ravala, who is a Partner at the law firm of Criscione Ravala.

In terms of the discussion topics, Chiara Tondini discussed ongoing developments in the EU including the effects of the COVID-19 emergency on mediation and arbitration proceedings in the EU and whether the new rules and adopted practices will continue to apply once the pandemic is over.

Ms. Tondini also discussed possible changes in the interplay between mediation and arbitration in both commercial and investor-state dispute resolution and the effects on EU parties once the Singapore Convention is entered into.

Rekha Rangachari, Executive Director of the New York International Arbitration Center, spoke on the growth of regional arbitral centres; topics for review by the U.S. Supreme Court and the controversy over Investor State Dispute Settlement (ISDS)

Mauricio Gomm, Partner at GST LLP Miami, discussed the rising issues in ADR in the Latin American region. He focused on Brazil and discussed key legal and practice development and requirements for arbitration involving state and state-owned entities. He also discussed whether Brazil, that has not ratified any Bilateral Investment Treaty (BIT), would need to enter into any BITs or be an ICSID country to attract foreign investment.

Thomas Kendra – Partner at the law firm of Hogan Lovells, Paris – gave a brief overview of the African Continental Free Trade Area (AFCFTA), its relevance to Africa and to the world, and described some of the potential implications for the growing trend of international arbitration in Africa.

Rana Sajjad, Founder & President of the Center for International Investment and Commercial Arbitration (CIICA) Pakistan joined the panel, organised by New York State Bar Association, from Lahore. He talked of relevant developments in international arbitration and mediation in Pakistan in particular and South Asia and the Middle East in general.

Rana also spoke about the localisation trend in international arbitration in the Middle East and the prospects for the Singapore Convention on mediation in both South Asia and the Middle East.

This one-of-a-kind global webinar, organised by New York State Bar Association, NYSBA, on global perspectives on ADR was highly successful having over 100 participants from around the world.  Based on the number of registrations, from across the world, the attendance rate was over 80% which is quite remarkable considering that on average a webinar’s attendance rate is around 50%.

Read more: Lock-downs in Europe could have saved 59,000 lives: Study

The presentations of the speakers were followed by a lively and engaging Q&A session in which participants asked speakers questions related to the key trends in ADR, how to build capacity in ADR and enable it to be widely accepted and adopted for resolution of commercial and investment disputes

ADR gaining acceptance across the world

Despite historic resistance to ADR by many popular parties and their advocates, ADR has gained widespread acceptance among both the general public and the legal profession in recent years across the world – including the United States – and this trend is visible in New York. Across South Asia, where countries like India, Pakistan and Bangladesh, are overburdened with court cases without any resolution for years.

Many courts, across the world, now require some parties to resort to ADR of some type, usually mediation, before permitting the parties’ cases to be tried (indeed the European Mediation Directive (2008) expressly contemplates so-called “compulsory” mediation.

This Directive means that attendance is compulsory, not that settlement must be reached through mediation. Additionally, parties to merger and acquisition transactions are increasingly turning to ADR to resolve post-acquisition disputes.

In the case of South Asia a renewed restructured use of traditional panchayat system can be a form of Alternate Dispute Resolution (ADR) – however education and training may be needed to help such councils to arrive on settlements that may not violate the laws of the land or basic sense of justice.

The rising popularity of ADR can be explained by the increasing caseload of traditional courts, the perception that ADR imposes fewer costs than litigation, a preference for confidentiality, and the desire of some parties to have greater control over the selection of the individual or individuals who will decide their dispute.

Some of the senior judiciary in certain jurisdictions (of which England and Wales is one) are strongly in favour of this (ADR) use of mediation to settle disputes. Since the 1990s many American courts have also increasingly advocated for the use of ADR to settle disputes. However, it is not clear as to whether litigants can properly identify and then use the ADR programmes available to them, thereby potentially limiting their effectiveness.

In 2019, Chief Judge Janet DiFiore, New York, announced the Presumptive ADR Program, a statewide initiative in which the majority of civil cases would be referred to ADR processes for the opportunity to resolve matters early and efficiently.

As a part of Chief Judge’s Excellence Initiative, Presumptive ADR builds on prior successes of appropriate dispute resolution in New York State, and in other jurisdictions, by referring cases to mediation and other forms of ADR earlier in the life of a contested matter.

This Presumptive ADR Program is now being supported by the Chief Judge’s Statewide ADR Advisory Committee, which was established in 2018, and which released an interim report of its findings and recommendations for how Presumptive ADR could be implemented.

Implementation of the Presumptive ADR initiative is overseen by the offices of the Deputy Chief Administrative Judges for Courts inside and outside New York City, the Honorable George J. Silver and the Honorable Vito Caruso, respectively.

To assist local Judicial Districts in implementing Presumptive ADR, the Statewide Office of Alternative Dispute Resolution created a central on-line location for court staff to share resources that can be helpful in developing local rules, orders, forms, and tools that can be tailored to the needs of individual courts and case types.

Perhaps this is the time that courts and Bar Associations in Pakistan and India seriously work on renewing their own traditional alternate dispute resolution mechanisms with modern legal adjustments and basic trainings.

Previous articlePIA plane crash: How to cope with a national tragedy
Next articleWhy India-China standoff in Ladakh is a difficult challenge for Delhi?

News Desk - 27 September 2021
Afghan war was unwinnable says, PM Imran in Washington Post's piece where he highlights the blame US places on Pakistan to mask its strategic miscalculations in Afghanistan. He adds that Pakistan's sacrifices have been taken for granted by its ally.

27 September 2021
Previous articlePIA plane crash: How to cope with a national tragedy
Next articleWhy India-China standoff in Ladakh is a difficult challenge for Delhi?

Pakistan’s lawyers: Law officers of the court or business entrepreneurs?