Is Maryam Nawaz Silently working to get Sharif family out of the trouble? Who is doing what? 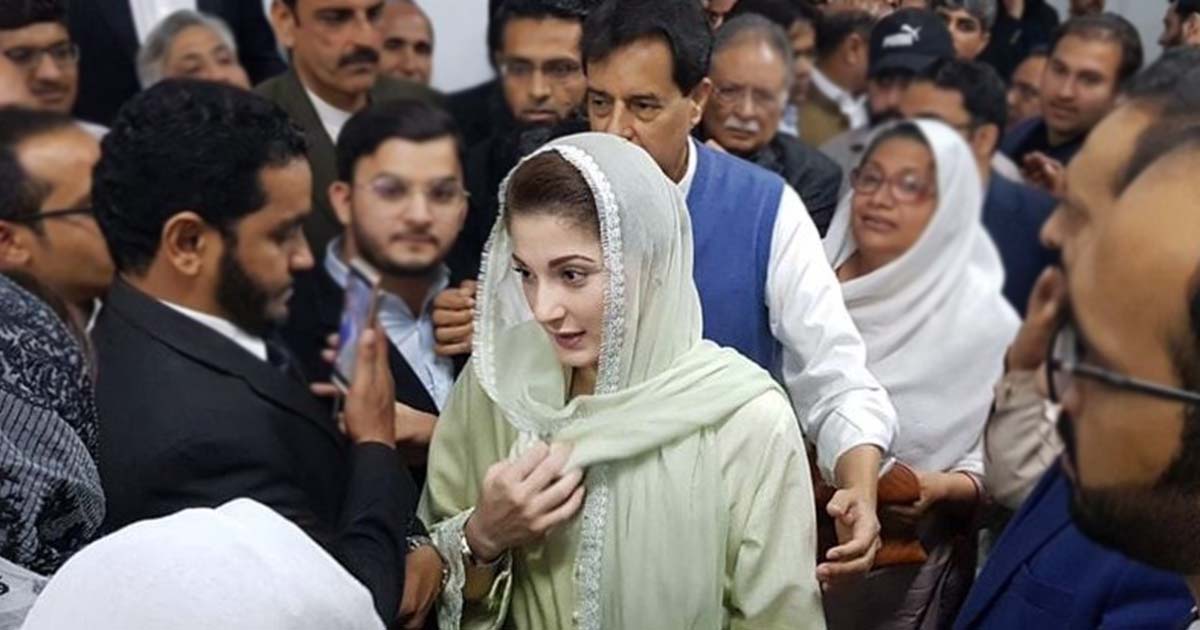 The Pakistan Tehreek-i-Insaf (PTI) government has clarified that it will not allow Maryam Nawaz, vice president of Pakistan Muslim League-Nawaz and daughter of former convicted Premier Nawaz Sharif, to travel abroad, and rejected her application in this regard. “The rules concerning placement of the name of persons on Exit Control List [ECL] do not allow the government to entertain her application to remove her name from the no-fly list,” said senior lawyer and aide to the prime minister Dr. Babar Awan while talking to Dawn on Sunday.

Headed by Law Minister Farogh Naseem, the subcommittee of the federal cabinet that deals with ECL cases rejected her plea, as she had sought the facility for flying to London to look after her ailing father, Dr Awan said.https://t.co/ERstXkM2OU— Dawn.com (@dawn_com) December 23, 2019

Headed by Law Minister Farogh Naseem, the subcommittee of the federal cabinet that deals with ECL cases rejected her plea, as she had sought the facility for flying to London to look after her ailing father, Dr Awan said. “In fact the subcommittee is part of the cabinet and a formal announcement to bar Maryam from traveling abroad will be made by the federal cabinet in its meeting [on Tuesday],” Mr Awan said.

The Pakistan Tehreek-i-Insaf-led government also hinted at challenging the court’s decision in case the leader of the main opposition party was allowed by the judiciary to travel abroad. In a talk show of a private TV channel, the federal Minister for Water Resources Faisal Vawda said that the government would challenge the decision of the court if Ms. Nawaz was allowed to leave the country by any court.

The Lahore High Court (LHC) has declared the PML-N vice president Maryam Nawaz’s petition seeking the removal of her name from Exit Control List (ECL) as inadmissible and directed her to approach the interior ministry in this regard. Maryam wanted to seek some relief on “on compassionate and humanitarian grounds”. The court has suggested the legal counsel for Maryam to approach the relevant forum.

The legal counsel for Maryam Nawaz told the court about the complexity of the matter. The government would never give the decision in Maryam’s favor as it doesn’t want her to travel outside the country, he went on to say. Justice Ali Baqir remarked, “You should first contact the interior ministry and wait for its decision, then approach the judiciary.”

Noting that her father was shifted abroad on account of his critical health condition, the petition said Maryam was “also entitled to relief on compassionate and humanitarian grounds”. It said after her mother’s demise, it was Maryam who had been looking after her ailing father “who is much dependent upon her”.

Read more: Government will not allow Maryam Nawaz to leave for London

Maryam had requested the LHC to declare the memorandum through which her name was placed on the ECL last year as “illegal, without lawful authority, void ab-initio and of no legal effect”, and direct the government to delete her name from the ECL.

Nawaz was allowed to travel abroad

It is important to note that the federal cabinet recently granted in-principle “conditional” approval to remove Nawaz’s name from the ECL. The government had asked the Sharif family to pay Rs.7 billion as surety bonds — equivalent to the fines imposed on him by an accountability court in two corruption cases Al-Azizia Steel Mills and Avenfield properties — in which he was convicted.

Political experts believe that the government is not in a position to allow Maryam Nawaz to leave for London since it may have a heavy political cost for the premier and his cabinet.

There is also a growing perception that the elites in Pakistan are given special treatment by the government and the courts. Irshad Bhatti, a prominent political commentator, alluded to the same and noted:

It is interesting to note that this is not the first instance when the PML-N leader took a vow of silence. In 2018, she maintained silence after her sentence in the Avenfield corruption case. Initial speculations associated Maryam’s silence with her mother’s recent death, but once the 40-day mourning period ended, senior party leaders continued their rants on media platforms.

In November, an unidentified source from the PML-N revealed to the media that Maryam has maintained silence in light of the overall situation, given that Maryam’s political comments are presently not in the best interest of the Sharif family. The source added that Maryam is likely to remain tight-lipped until the circumstances improve.

US urges Pakistan to ‘Do More’