Pakistan and India in post-Pulwama scenario: Is the threat of War over? 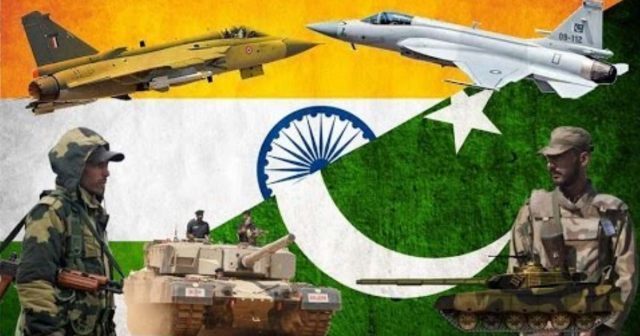 Prime Minister Imran Khan, Foreign Minister Shah Mehmood Qureshi and Director General Inter-Services Public Relations (ISPR) Major General Asif Ghafoor have separately told media that the situation at Line of Control (LoC) is getting better but the threat of war remains active. DG ISPR said in an interview with CNN that Pakistan wants de-escalation but it is vigilant to respond Indian aggression at all times. “Although the situation is getting better but there is also a threat of war,” he said.

Pakistan and India are facing an uncertain and tense situation after Pulwama attack which claimed the lives of more than 40 Indian society personnel.

The situation turned from bad to worse when Indian aircrafts violated the international norms and airspace of Pakistan and Pakistan Air Force in retaliation shot down two Indian jets and arrested one piolet who was shown to the world to expose Indian activities at the border and was later on released as a good-will gesture.

Indian Prime Minister Modi is said to be the man behind ongoing crisis between the two states for his elections being held in the next month. At the same time, India wants to hide the atrocities it is committing against innocent Kashmiris since long.

Pakistan Army’s spokesperson addressed the media after shooting down Indian jets and maintained that this is not a victory. “In a war, nobody wins rather only humanity loses,” Major General Asif Ghafoor said.  Gen. Ghafoor’s presser has been appreciated by journalists and academics from around the world. Since Pakistan’s armed forces have given a clear, loud message of peace to India while reminding it at the same time that Pakistan has the will and capacity to defend its territory, analyst in Pakistan opine.

Dr. Moeed Yusuf, Associate Vice President of the Asia Center at the U.S. Institute of Peace, in his recent book Brokering Peace in Nuclear Environments: U.S. Crisis Management in South Asia warned both India and Pakistan not to take crisis as ‘isolated episodes’. In a latest article, Dr. Yusuf has argued that “Crisis behavior in one episode will influence cho­ices in every future iteration. This is because reputation matters to states. When you raise the stakes, you feel pressured to go further next time to avoid looking weak. Avoiding the perception of weakness may also prevent you from repeating restrained behavior.”

Indian Prime Minister Modi is said to be the man behind ongoing crisis between the two states for his elections being held in the next month. At the same time, India wants to hide the atrocities it is committing against innocent Kashmiris since long. Dr. Yusuf hence concludes his article while noting that “[t]he Pulwama crisis is sure to affect the next iteration.

Modi’s week didn’t go according to plan. The urge next time may be to go even further. A repeat crisis, especially before the Indian polls, could push things into the all-out war space. The acute lawlessness and anger among youth in the Kashmir valley makes another crisis-triggering spark an entirely plausible development.”

Observers in Pakistan urge the international community to play its role to de-escalate the war-like situation between two nuclear states of South Asia. As Pakistan has clarified that any Indian attack or intrusion shall be dealt with full will and capacity to ‘surprise India’. if the situation between the two states remains volatile, it is feared that the both states may come to point when they shall be thinking about the use of nuclear weapons.

Qureshi-Tareen tirade: What is the master plan?

Qatari FM to visit Tehran: Has the game in Middle East changed?