In a letter written to UN Secretary-General Antonio Guterres on 1st August, Foreign Minister Shah Mehmood Qureshi launched Pakistan’s complaint against Indian human rights and ceasefire violations in IoK and LoC. He also highlighted the India agendas of abolishing Kashmir’s special constitutional status, and urged the UN to appoint a special representative, along with dispatch a UN Fact-Finding Mission. 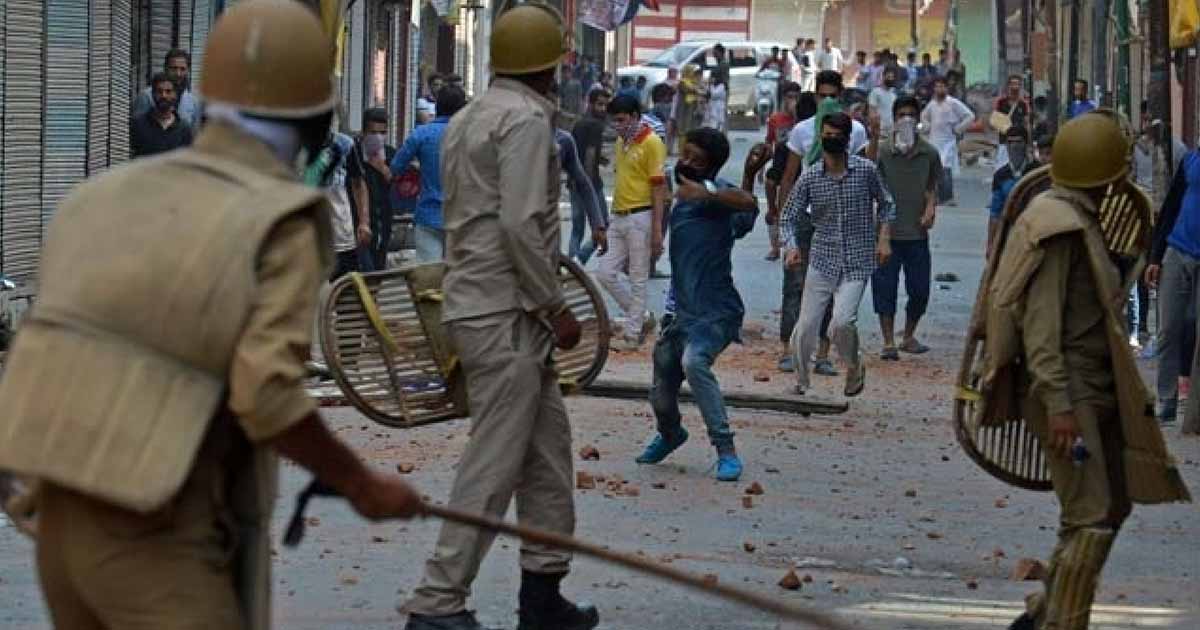 In the wake of the heightened military confrontations between Pakistan and India after unprovoked Indian aggression alongside the Line of Control (LoC) and heavy militarization of Kashmir, Foreign Minister Shah Mahmood Qureshi, on 1st August, penned a letter to the UN Secretary-General, Antonio Guterres.

Pakistan has consistently opposed any steps that seek to alter the demographic structure of IoK since they can materially affect the plebiscite arrangements to be held under the UN auspices.

The Foreign Minister highlighted three “interlocking developments” related to the Indian-occupied Himalayan valley that can trigger a dangerous situation to disrupt peace and security across South Asia. He also presented a case for the Modi-led government’s agenda to scrape away Jammu & Kashmir’s special constitutional status.

FM Qureshi wrote, as shared by the Ministry of Foreign Affairs, “First, the growing scale and seriousness of the human rights situation in IoK. The Office of the High Commissioner for Human Rights (OHCHR) has testified to the gravity of human rights abuses in its second report released last month.”

He continued, “This latest report documents, extensively and independently, the full range of atrocities- killing of civilians including in custody, blinding of young Kashmiris including children through the use of pellet guns and the use of rape, torture and enforced disappearances as tools of state suppression.”

The Foreign Minister highlighted that Indian draconian laws in Indian-occupied Kashmir encourage and enable gross and systematic violations of human rights, which are “abetted by a culture of impunity rampant among security forces.” Qureshi urged the United Nations to play its mandated role, and address the violations that are documented by an independent entity, such as the OHCHR.

The letter continued, “Second, the pace of Indian firing and shelling across the Line of Control (LoC) is picking up again. Not only these Indian actions violate the Ceasefire Understanding of 2003 between Pakistan and India, they are causing civilian casualties and leading to heavy damages to civilian infrastructure. Left unaddressed, these unprovoked steps have the potential to escalate the situation in the area, with grave implications for peace and security.”

Shah Mahmood Qureshi shed light on the deployment of an additional 10,000 or more paramilitary forces to quell the freedom struggle and peaceful protests in Indian-occupied Kashmir. He reminded the UN Secretary-General, “The Indian occupied Kashmir is already the most militarized zone in the world, with over 700,000 troops deployed for several decades.”

Pakistan also supports the OHCHR’s recommendation for establishment of a Commission of Inquiry to investigate the gross human rights violations.

Foreign Minister Qureshi observed, “Reports of additional forces are corroborated by developments on the ground, including landing of special flights carrying these forces at Srinagar airport and additional companies reaching the Indian Occupied Kashmir Valley by road. So far, no senior Indian government official has publicly denied these media reports or to calm down the situation, lending further credence to these reports.”

Foreign Minister Qureshi also addressed the reports of the decision of Indian railways authority to purchase and store ration for a week’s consumption in the instance of a crisis, which further heightens the possibility that the security situation of the occupied valley is likely to deteriorate. FM Qureshi wrote, “There is, therefore, a pervasive sense of fear and anxiety among the Kashmiris in IoK, which continues to grow in the wake of these developments.”

On 1st August, Foreign Minister Shah Mahmood Qureshi, in his letter to the UN Secretary-General, issued warnings over speculations of New Delhi’s preparations to abolish the Articles 370 and 35-A of the Indian constitution, which allow special constitutional status to Jammu & Kashmir, and limits Indian subjects from owning property and state citizenship.

Shah Mahmood Qureshi wrote, “Pakistan has consistently opposed any steps that seek to alter the demographic structure of IoK since they can materially affect the plebiscite arrangements to be held under the UN auspices.”

The Foreign Minister continued, “These Indian moves are also a clear breach of the UN Security Council Resolutions on the Jammu and Kashmir dispute, particularly with regard to the realization of the right to self-determination of the Kashmiris. This is an old Indian ploy to which we had drawn your attention through Pakistan’s earlier letter dated 27 April 2017.”

Foreign Minister Qureshi noted that the resolutions passed by the UN Security Council with regards to the disputed territory of the Himalayan region maintain that “the final disposition of the State of Jammu & Kashmir will be made in accordance with the will of the people expressed through the democratic method of a free and impartial plebiscite conducted under the auspices of the United Nations.”

The Foreign Minister drew attention towards the United Nations Security Council Resolution 38, which directs both India and Pakistan “to inform the Council immediately of any material change in the situation which occurs or appears to either of them to be about to occur while the matter is under consideration by the Council, and consult with the Council thereon.”

The Foreign Minister reiterated Pakistan’s demand of establishing UN Fact-Finding Mission to be dispatched to Indian-occupied Kashmir to examine the on-ground situation.

Foreign Minister Shah Mahmood highlighted Pakistan’s apprehensions over New Delhi’s agenda with regards to Indian-occupied Kashmir, deteriorating human rights situation, and the implications it can carry for peace and stability across South Asia.

He wrote,  “I, therefore, urge you and the United Nations to immediately take note of the serious situation and in this regard a) urge India to stall state oppression and stop human rights abuses; b) refrain from unprovoked firing across the LoC; and c) halt any actions that could bring about a material change in the situation on the ground, in violation of Security Council resolutions on Jammu and Kashmir.”

The Foreign Minister reiterated Pakistan’s demand of establishing UN Fact-Finding Mission to be dispatched to Indian-occupied Kashmir to examine the on-ground situation. He noted, “Pakistan also supports the OHCHR’s recommendation for establishment of a Commission of Inquiry to investigate the gross human rights violations.”

Given the gravity of the situation, and the prevailing human rights situation in the occupied valley, Foreign Minister Qureshi urged the United Nations Secretary-General to appoint a UN Special Representative on Jammu & Kashmir.

Priyanka Chopra is on the wish list of ‘The Chainsmokers’

India: Emerging Hub Of Terror under Hindutva and BJP