The PTI-led government has established a special wing of the FBR, dedicated to timely and effective implementation of the 27-point action plan put forward by the FATF. Named as the FATF Cell, this special unit will undertake measures to curb money laundering and terror financing. 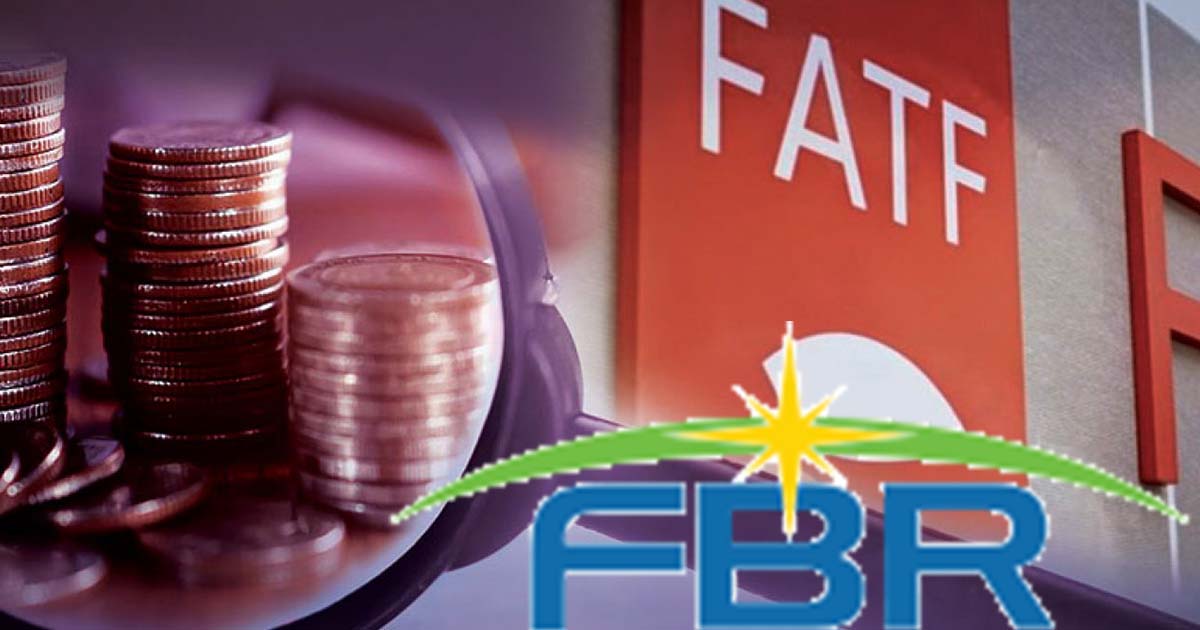 The PTI-led government has established a special unit within the Federal Board of Revenue (FBR) to ensure “timely completion of the FATF action plan” proposed for Pakistan.

The government has constituted a special unit of the FBR to implement and monitor the implementation of the directives issued by the Financial Action Task Force in its review of Pakistan’s compliance with the proposed measures to curb terror financing and corruption.

Pakistan was directed to eliminate all financial loopholes that allow terror financing and money laundering, and the FATF had put forward a 27-point action plan

A press release issued by the Revenue Division noted that the special cell, dedicated to implementation, will be working under the Director-General of the intelligence and investigation wing of the FBR.

The special unit, titled the FATF Cells, will function under the authority of the Director-General Intelligence and Investigation Wing, Abdul Waheed Marwat. Multiple senior and experienced officers of the Customs have been appointed to these cells. These officers have the authority to access and obtain information and resources from all FBR departments across the country.

This special cell has the permission to obtain the information and resources required from other governmental bodies and departments to implement and dispose of FATF related matters and ensure timely implementation of the FATF-proposed action plan.

The FATF Cell personnel will be the focal point for any delegation-level contact or communication with the representatives of the Financial Action Task Force.

Abdul Waheed Marwat, who is responsible for the charge of the Intelligence & Investigation wing of the FBR, alongside the Director of the Cross-Border Currency Movement, will also work closely with the FATF Cell, alongside managing his present duties in the FBR.

Sources from the FBR reveal that the PTI-led is dedicated towards fulfilling the implementation of the FATF proposed measures, and the creation of the special FBR cell is directly in line with the seriousness to fulfill the agreements made with the FATF authorities.

The sources further added that aside from overseeing and ensuring the implementation of the agreements and undertakings with the FATF, the FATF Cell will also undertake measures to undermine the scourge of money laundering. The members of the FATF Cell will coordinate with field officers of the FBR working across the country to ensure that the FATF agreement is implemented and effectively completed on time.

Earlier this year, in June, the Financial Action Task Force had given Pakistan a strict deadline, ending in October, to enhance its “counter-terrorist financing” measures and implement the proposals put forward in the agreed plan.

The Financial Action Task Force (FATF), based in Paris, is an inter-governmental regulation body orchestrated to fight against money laundering, terrorism financial and curbing all threats to the international financial system.

The statement released by the FATF noted, “The FATF strongly urges Pakistan to swiftly complete its action plan by October, 2019 when the last set of action plan items are set to expire. Otherwise, the FATF will decide the next step at that time for insufficient progress.”

Pakistan was directed to eliminate all financial loopholes that allow terror financing and money laundering, and the FATF had put forward a 27-point action plan that the authorities must implement to get Pakistan out of the grey list.

Even though being in the grey list does not impose any kind of economic sanctions on Pakistan, however, should Pakistan remain on this list, it has a greater risk of entering the black list, the most dreaded of all forms of economic disgrace.

The Financial Action Task Force, based in Paris, is an inter-governmental regulation body orchestrated to fight against money laundering, terrorism financial and curbing all threats to the international financial system. On June 2017, the FATF had placed Pakistan on its much-dreaded grey list, citing shortcomings in Pakistan’s Anti-Money Laundering (AML) and Countering of Terrorist Financing (CTF) authorities.

Analysts across the world have accused the FATF of harboring bias, and being a geo-strategic tool of powerful, and the presence of the Indian lobby makes the accountability process all the more dubious for Pakistan.

#FATF must explain its position why %India is lobbying the international body to be biased against Pakistan as Delhi is?

Time to push back & expose the credibility of the #UN watchdog pic.twitter.com/fZZu4Nr2it

Previous articleThe Pakistani cop who turns police stories into gritty novels
Next articleImran and Boris are same when it comes to women: Reham Khan

Akhtar Aslam - 18 September 2021
Akhtar Aslam discusses how the Indian illegally occupied Jammu and Kashmir (IIOJK) has become one of the most militarized zones in the world, where the Indian occupying forces have been committing massive human rights violations, which puts a question mark on the credibility of the UN.

17 September 2021
Previous articleThe Pakistani cop who turns police stories into gritty novels
Next articleImran and Boris are same when it comes to women: Reham Khan

Pakistan to be placed on FATF’s grey list in June: Confirms FO