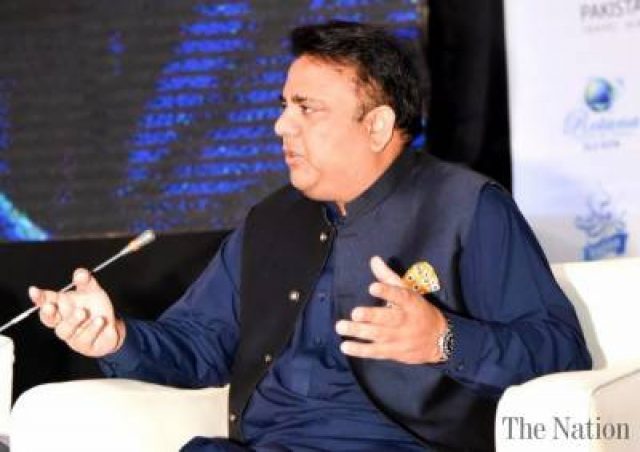 Fawad Chaudhry, the Federal Minister for Information and Broadcasting urged media houses to work towards promoting a positive image of Pakistan in order to boost the tourism industry.

While speaking at the Pakistan Tourism Summit on the “Role of Media in Rebuilding Pakistan Shaping the Right of Right Narrative”, held in Islamabad, Fawad Chaudhry observed that Pakistan is a beautiful country with some of the most attractive travel destinations, and it has great potential for religious and adventure tourism. He said, “Pakistan boasts an abundance of natural beauty and cultural appeal”.

PM Khan had assured that Pakistan is ready to open its doors to the world as the security concerns have been eliminated, Pakistan is now safe and secure for foreign tourists to come and explore its beauty.

However, he expressed his disdain that negative publicity in international and local media led to the defamation of the country, and tourists stopped coming to Pakistan, fearing all kinds of conflicts. Fawad added that throughout the years, particularly the 70s and 80s, Pakistan faced several setbacks and has consistently been battling against irregular conflicts, which promoted a negative image in the international community and undermined the growth of its tourism industry.

He noted that regional conflicts also damaged Pakistan’s image abroad, and consequently, tourists began avoiding the country. He called for the media’s support in promoting a safe and peaceful image of Pakistan and stressed that the country has a bright future ahead.

The Federal Minister for Information and Broadcasting noted that the incumbent PTI-led government has worked to improve Pakistan’s image all across the world since it assumed power, and more efforts are needed to promote the country’s tourism industry. Addressing the media, Fawad noted, “We have a plan and we need it to be represented strongly”.

Fawad Chaudhry stated that Prime Minister Imran Khan has a powerful vision to promote Pakistan’s culture and tourism industry and the federal government has taken multiple steps to promote tourism. For instance, Chaudhry highlighted the new visa regime introduced by the PTI government that will prove instrumental in promoting tourism across the country. He noted, “The changes in the visa policy regime under the interior ministry is likely to bring positive results.”

The minister further added that the new aviation policy, which has been recently approved by the federal government undertakes multiple measures to promote tourism by improving travelling amenities to multiple tourist attractions in Pakistan, including Gilgit Baltistan. He further added that the PTI-led government has devised multiple strategies to promote Pakistan’s culture, and this includes holding cultural events across the country, including a Mela (festival) in Islamabad.

While concluding his address, the Information Minister urged the media houses and influencers to work towards promoting a positive image of Pakistan that will encourage tourists to come to visit and promote the country’s tourism industry.

Earlier in March, Prime Minister Imran Khan had introduced the federal government’s E-Visa policy, which makes it considerably easy for foreign tourists to apply for a Pakistani visa; a great relief, as the previous visa process was strenuous and discouraging. PM Khan had assured that Pakistan is ready to open its doors to the world as the security concerns have been eliminated, Pakistan is now safe and secure for foreign tourists to come and explore its beauty.

The New Digital Battlefield: Information warfare in our pocketbook

Two million Euros being spent to save France’s oldest mosque