In a recent interview, some of Pakistan's acclaimed economists criticised PTI's economic policies that have brought in significant hot money. However, opposing views were quick to call them out on their 'biased' analyses. 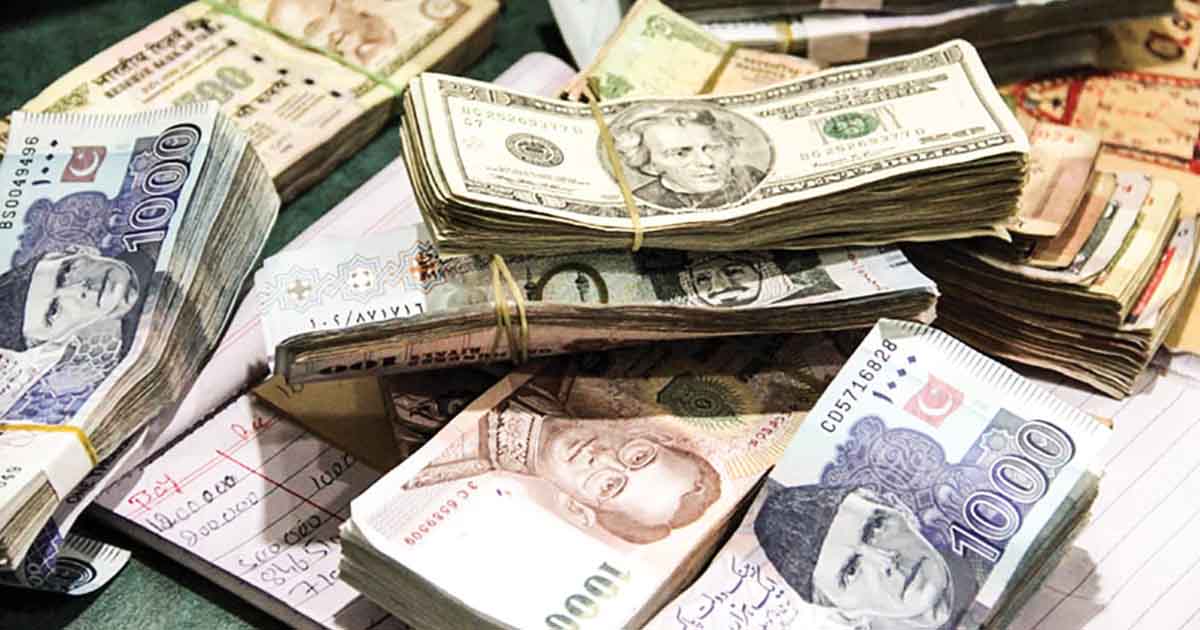 Some of Pakistan’s acclaimed economists came under fire for their comments on the economy’s recent inflow of hot money through the securities market on a talk show last week.

On Monday 23rd November, Finance Adviser Dr. Abdul Hafeez Shaikh announced that $1 billion worth of government debt was bought by foreign investors. An incredible inflow that equals the increase in official foreign exchange reserves for the fiscal year.

2019 has been good for my beloved #Pakistan
Fiscal deficit dropped by 1/2 to 0.7% of GDP. Current account turned surplus 1st time in 4 yrs. Foreigners invested $1.2b into Pakistan Treasury bills after zero inflows in past 2 yrs. Moody’s raised our credit rating outlook to stable https://t.co/diUgCRmiC9

State Bank of Pakistan (SBP)’s data showed $1.1 billion has been invested in treasury bills and Pakistan Investment Bonds, though the latter only amounted to $3.2 million. In November alone, Pakistan received $630 worth of foreign investment.

Debt auctions have been attracting foreign inflows in the form of short term Treasury bills (T-bills), with cut-off yields on 3, 6 and 12 month papers, since July when interest rates hit a peak of 13.25% with the pace accelerating every month.

The economists in question argued that despite the macroeconomic improvements claimed by the government, on ground realities remain gloomy as industrial production fell, textile represented the majority of import reduction, and the agriculture sector took a hit as crops fell 20%, and fertilizer prices rose. Thereby, paying the price for macroeconomic stabilization by reducing the volume and production of sales which impacts industries and traders.

They claimed that while improving macroeconomic indicators translate into better microeconomic conditions, as per the perception advertised by the government, the stability was achieved by curtailing economic activity which reduced the demand of imports. In order to induce economic activity the government will have to move away from its austerity policy that is majorly focused on revenue generation through taxes.

When addressing the high interest rate by SBP to control inflation, the panel criticized SBP’s lack of understanding of Pakistan’s local economy which dwindled for the sake of hot money. They said interest rates in Pakistan are not highly consequential for demand management which limits their impact on inflation while they increase the financing costs of industries and suppress their profitability.

Reza Baqir’s need to imitate Egypt’s plan, a country that is IMF’s “poster child”, through attracting hot money was criticised as they said Egypt’s foreign reserves went up by $30 billion, most of it hot money which only benefits foreign banks while local industries remain neglected.

Therefore branding the policy to attract hot money through high interest rates ‘very risky’ as investors would liquidate their money if inflation fluctuated. The hot money was questioned for its unstable nature and temporary relief and the celebration for Moody’s rating misunderstood as the credit rating agency, despite appreciating Pakistan’s current account improvement, highlighted its high external vulnerability.

The panel warned that unless the government brings the interest rate down to single digit numbers, follows supply side economics and controls inflation through economic growth instead of interest rate manipulation, the county’s economic standing will not improve. Additionally, the government’s major economic changes such as the high mark-up is not sustainable.

The success of hot money came at the cost of businesses and exporters as one of the panelists claimed this interest rate has put us in a debt trap. He said our interest payments will raise 1 trillion rupees as a consequences and leaves us in need of further IMF intervention. Consequently, the economy’s expenditure rises.

Kaptaan is accountable for putting Pakistan in debt trap with net $1.3B public debt in his tenure despite of moving country from CA Deficit to Surplus

Those who brought us till $70.2B external public debt trap has immunity from these aristotles.

As I said, slavery for masters! https://t.co/SFOVcVfFiS

Reza Baqir’s need to imitate Egypt’s plan, a country that is IMF’s “poster child”, through attracting hot money was criticised as they said Egypt’s foreign reserves went up by $30 billion, most of it hot money which only benefits foreign banks while local industries remain neglected.

A panelist even alleged the government for ensuring exchange rate stability to foreign investors, which will lead to de-industrialization and rising public debt.

Specific attention was given to the consequences faced by our agrarian economy which, according to the panelists, is not benefitting from the inflow of hot money. The government was accused of neglecting the agriculture sector by prioritizing inflow of hot money instead of reducing the interest rate that would encourage economic activity and adjust headline inflation which incorporates food and energy prices in its calculation.

Opposition online was quick to highlight the issues in the discussion. The major point of contention stood the panels dismay over a ‘very high interest rate’ of 13.25% to attract hot money. With the inflation rate at 12.67%, they argued an interest rate lower than this figure would produce negative real interest rate that would have devastating effects on inflation, an issue repeatedly discussed by the panel, and savings.

One of the panelists who claimed foreign investors were ensured of exchange rate stability was specifically criticized as the State Bank of Pakistan has not given any insurance against rupee depreciation.

Arguments were made against the panels implication to discourage foreign investors as a cardinal principle of transparent markets is to treat all investors equally. Not only would their participation in the debt market nudge local banks to demand higher rates but removing liquidity would push rates up as well.

Shud the TB rate be at 10% & have -ve real interest rate? Guess what effect that'll on FX reserves & inflation. Wud those expounding against so called 'hot money', suggest international investors be discriminated against when participating in any TB markets even in PKR?

While participation in the securities market by international money managers forces central banks to ease monetary policy irrespective on its consequences on inflation, it also disciplines the institution against acting on political motives.

Additionally, if the government is to worry about hot money impulsively withdrawn, why was the existing investment in Pakistan’s equity market not withdrawn over economic instability as it, too, qualifies as hot money.

CEO Askari Welfare Trust Salman Haider Sheikh responded to the speculations about foreign investors liquidating their investments to GVS and said the treasury bills and investment bonds are long term hot deposits that provide a high return, 13.25%, therefore ensuring investments are not pulled out. Furthermore, this would be a matter of concern only if the invested amount was significantly higher, as $1 billion of securities pulled out would not be as consequential for the market. Furthermore, government securities are inherently low risk investments and investors pulling out money is unlikely as IMF is part of the equation.

According to Salman Haider, one issue of concern could be the source of these investments. If the investors are hedge funds looking to make a quick buck on lower interest rates available globally they would be interested to pull their money out following a devaluation of the rupee. However, mutual funds that may have extracted their money from other governments offering lower interest rates would likely stay as high local returns are ensured in Pakistan.

The panelists also failed to recognise the impact of other factors on our economy as they detailed the plight of businesses. The detrimental state of the agriculture industry can be largely attributed to climate change as unexpected weather conditions impact crop yields. Furthermore, by the panelists logic, agriculture sector must have flourished when the exchange rate was overvalued and imports subsidised but data does not back this argument.

Why are cabinet ministers displeased with SAPM Nadeem Babar?