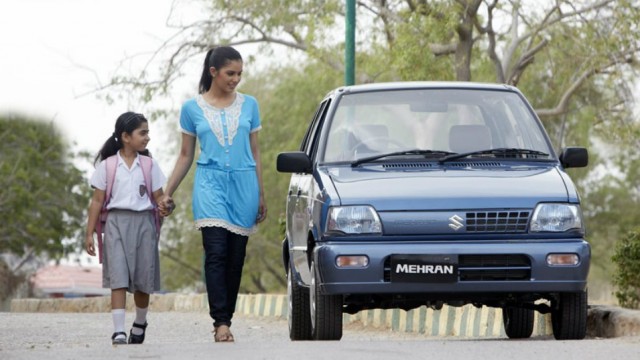 In a very risky but predictable move, Pak Suzuki Motor Company (PSMC) has pushed up the prices of different variants of its monopolized products in the range of Rs. 10,000-Rs. 20,000, effective from January 1st, 2018.

The prices of Suzuki Bolan and Ravi have been increased by Rs. 10,000. Mehran’s VX and VXR variants also get costlier by Rs. 10,000 (price of CNG variants remains unchanged), while Wagon-R VXR and VXL will now be Rs. 20,000 more expensive. The new price of Wagon-R’s VXR variant would be Rs. 1.074 million, while the Wagon-R VXL edition is going to be available for Rs1.114 million. The rates on Pak Suzuki’s website are yet to be updated.

The pop culture ‘boss’ Mehran’s VX model is now priced at Rs. 689,000 and its VXR variant costs Rs. 742,000. Bad news, Pakistan. “The move was widely anticipated due to the recent rupee devaluation against the dollar,” commented a JS Research report on Monday.

The three staple automakers have controlled the market for a long time, increasing their prices year by year and degrading qualit.

“We believe the price increase will enable Pak Suzuki to pass on the impact of rising costs on to end consumers without any significant dent to volumes, given current high demand,” the report added. Perturbed with the widening current account deficit, the government finally allowed the rupee to lose its value by around 5% against the dollar last month.

The auto industry is especially sensitive to rupee depreciation because of its immense dependency on imported raw-material and parts that become expensive with the fall in the rupee’s value against major international currencies. However, the same industry is also well positioned, compared to the other industries, to easily pass on the impact due to high demand of automobiles in the country.

Analysts say that the industry would finally see tough competition when companies like Hyundai, Volkswagen, Kia and Renault would start their production from 2019.

Last week, GVS reported, that Indus Motor Company, the makers of Toyota Corolla in Pakistan – increased prices of some of its variants by Rs. 50,000-60,000. After Pak Suzuki and Indus Motor, analysts say Honda Atlas Cars is also expected to raise the prices of its cars soon.

Auto sector has remained the stand-alone best-performing sector at the Pakistan Stock Exchange (PSX) in recent years. However, similar to the overall poor performance of the stock market in 2017, the auto-industry’s returns were also not impressive.

According to the PSX data, the market capitalization share of Pak Suzuki, Indus Motor and Atlas Honda Cars shrunk to Rs. 246.1 billion, down 9.73% from Rs. 272.7 billion in 2016. When the PML-N government launched the long-awaited five-year auto policy 2016-21 in March 2016, its core target was to attract auto giants from South Korea, Germany and France.

Increased prices of some of its variants by Rs. 50,000-60,000. After Pak Suzuki and Indus Motor, analysts say Honda Atlas Cars is also expected to raise the prices of its cars soon.

The government succeeded in its endeavour as Kia and Hyundai have already started working on their assembly plants while Volkswagen and Renault have also announced their plans to set up a plant in the country. Analysts say that the industry would finally see tough competition when companies like Hyundai, Volkswagen, Kia and Renault would start their production from 2019.

“The three staple automakers have controlled the market for a long time, increasing their prices year by year and degrading quality”, Riaz Akhtar, a car dealership owner spoke to GVS. “The Suzuki Mehran, especially, has had the longest run with the slightest changes. The prices are ridiculous for the cars these companies offer, when compared with the international market. It’s high time that new players enter and give these companies a tough time, push them to act rationally”.

How tiny Qatar’s wealth saved it from starvation ?