PBC condemns DG ISPR’s statement on Musharraf verdict, but had supported the rogue lawyers in Lahore?

The Pakistan Bar Council (PBC) has issued a strongly worded statement to "condemn and dismiss" the statement of DG ISPR Major General Asif Ghafoor over the death sentence handed over to former President General Pervez Musharraf. Problem is that while PBC considers ISPR's statement as unconstitutional intervention, it had previously supported the rogue lawyers of Lahore that attacked Punjab Institute of Cardiology and called protests and strikes to weaken police arrests and prosecution. 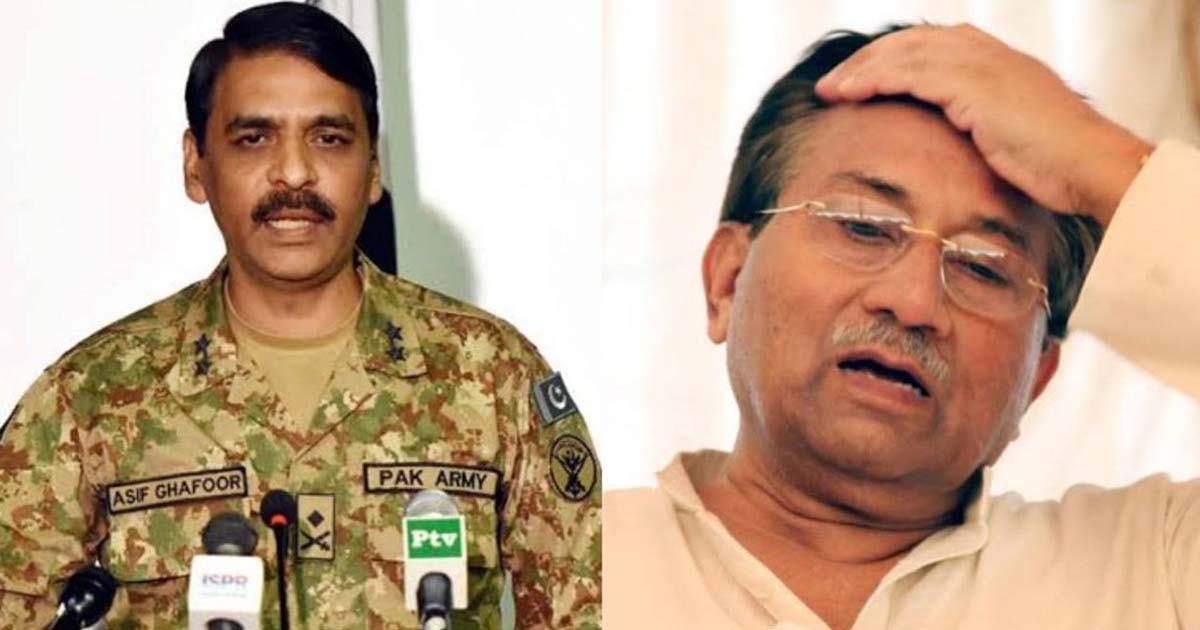 The statement issued by the Pakistan Bar Council (PBC) said that the legal rules and regulations had established procedures for highlighting flaws, however, the manner in which the verdict was criticised created an impression that no institution, including the judiciary, enjoyed the respect.

The statement of the PBC, issued by Vice-Chairman Syed Amjad Shah and Chairman Executive Committee Sher Mohammad Khan said, “We strongly condemn and disapprove the statement of Director General ISPR, who has criticized the Judgment of the Special Court where under the Ex-Chief of the Army Staff and Former President of Pakistan General Pervez Musharraf, has been convicted for violating Article 6 of the Constitution of Pakistan and committing high treason.”

“We will fight both internal and external threats”, #DGISPR responds after the detailed verdict on #Musharraf’s death sentence. pic.twitter.com/HTnWH1P6aG— The Centrum Media (@thecentrummedia) December 19, 2019

The statement added, “We are of the firm opinion that the statement of DG ISPR is a clear cut violation of the legal and constitutional provisions and thus amounts to contempt of the court.”

The statement argued that the law has provided proper channels to express criticism of the court’s judgments, however, the manner in which the verdict was criticised by an army official indicated that all institutions in Pakistan are “subservient to the armed forces.”

The statement read, “If there are some flaws in the judgment of Musharraf’s case, in the opinion of DG ISPR, then the law has provided, procedure and proper course for agitating such flaws, if any, before the higher judicial forums by way of appeal, revision or constitutional petition but the manner and the way, in which, the judgment of the special court has been criticized by an official of the army clearly gives an impression that all the institutions in Pakistan are subservient to the armed forces, to follow its dictation and there is no respect for any other forum including the judiciary.”

It added, “The legal fraternity is also of the view that the attitude adopted by the federal government, its ministers, law officers and especially the attorney general for Pakistan, also confirms that the party in power has been installed by the army and its institution is on the driving seat and that’s why they are also criticizing the judgment in the same tone and tenor.”

“We, therefore, strongly condemn and disapprove the insulting attitude of the army officers as well as the government functionaries towards the judiciary and the constitutional process of dispensation of justice.”

DG ISPR Maj General Asif Ghafoor, on Thursday, addressed a press conference, where he expressed the Pakistan Army’s reservations over the special court’s verdict in the Musharraf high treason case. The military spokesperson vowed that the army will fight all external and internal threats to preserve the dignity of the country and the institution of the Pakistan armed forces.

In light of the aggressive and violent wording of the Pervez Musharraf treason case verdict, the Pakistan Bar Council has come under fire with accusations of politicized judgments and selective justice circulating in political circles.

Read more: Army condemns detailed Judgement as being against religion and humanity

Kamran Khan, senior political commentator, observed, “Only an insane person with barbaric tendencies would cherish ordering a dead body to be dragged and hanged five times in three days. Such creatures be dealt urgently with iron hands of law. Let’s act fast, call Army, because this dire situation is a threat to law and justice.”

Only an insane person with barbaric tendencies would cherish ordering a dead body to be dragged and hanged five times in three days. Such creatures be dealt urgently with iron hands of law. Let’s act fast, call Army, because this dire situation is a threat to law and justice— Kamran Khan (@AajKamranKhan) December 19, 2019

In the case of the barbaric attack on the Pakistan Institute of Cardiology (PIC), the PBC disappointed the nation with an unprincipled and unapologetic stance on the undignified behavior of lawyers. Instead of condemning the incident or holding the involved lawyers responsible, the PBC announced a strike in support of the mass arrests that occurred in retaliation of the heinous incident.

Omar Azhar Bhatti, a legal analyst and journalist, observed in this regard, “The Punjab Bar Council has broken its silence over the issue of dastardly attacks on the PIC. And instead of condemning the brutality, they have presented an apologetic stance for lawyer craziness.”

Bhatti added, “The PBC has always been prone to political influence, gundagardi (intimidation) and badmaashi (bullying).”

The Punjab Bar Council has broken it’s silence over the issue of dastardly attacks on the PIC. And instead of condemning the brutality, they have presented an apologetic stance for lawyer craziness. The PBC has always been prone to political influence, gundagardi and badmaashi pic.twitter.com/Znb1eVGjfw

Qatar suspends travel from 14 countries including Pakistan, amid coronavirus fears