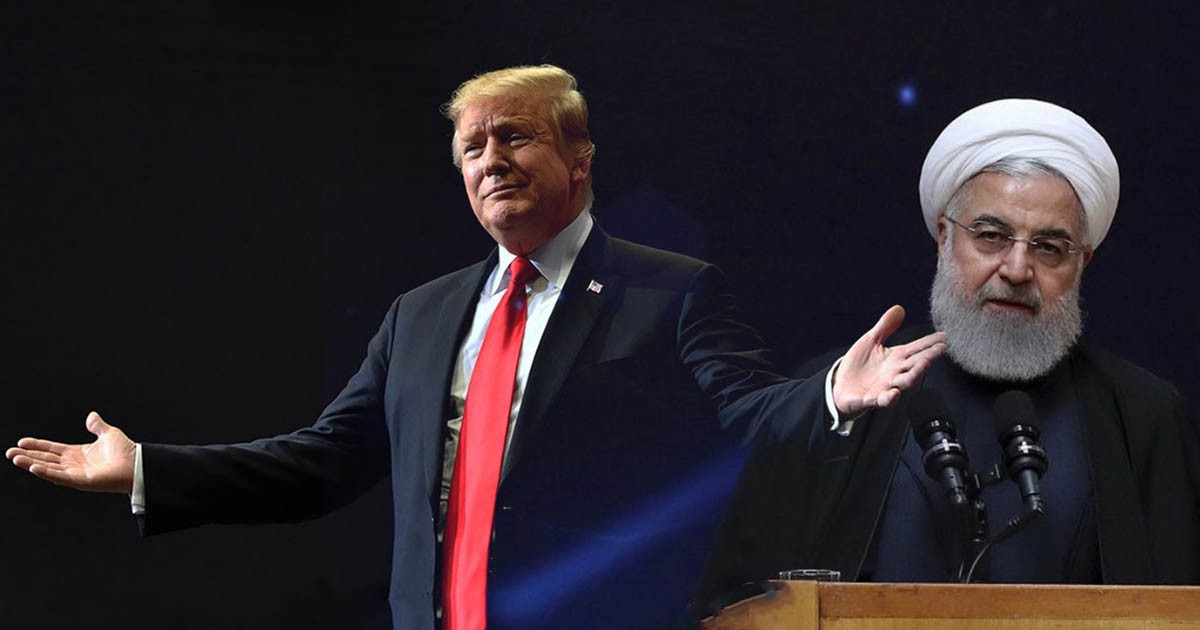 The Persian Gulf region seems to be heading towards a volatile situation. The war clouds are looming despite President Donald Trump called off a military strike at the 11th hour on June 20. Washington has declared economic warfare against Iran and is also contemplating military action against it.

Hardliners in the Administration including National Security Adviser John Bolton and Secretary of State Mike Pompeo and Washington’s regional allies, particularly Israeli Prime Minister are pushing President Trump towards a war with Iran. Iranian ruling elite reiterated to retaliate to military action by attacking the United States interests across the Middle East.

The imbalance of power incites it to choose asymmetrical warfare strategy, including hybrid warfare tactics against the rivals in region.

The United States exit from the 2015 Iran nuclear deal—formally termed Joint Comprehensive Plan of Action (JCPOA); reimposition of sanctions on Iran; designation of Iran’s elite Revolutionary Guards as a foreign terrorist organization that “actively participates in finances and promotes terrorism as a tool of statecraft;” and additional troops deployment in the region have frustrated Tehran. However, these pressure tactics did not alter Iran’s regional behaviour or push it into accepting Trump Administration’s new demands.

The current tension between Washington and Tehran spiraled after the attack on two oil tankers that were travelling in the Gulf of Oman. On June 13, explosions rocked a Japanese tanker, Kokuka Courageous, carrying highly inflammable methanol and Norwegian-operated Front Altair in the Gulf of Oman. Importantly, on May 12, the terrorists attacked four commercial vessels, including two Saudi Arabian tankers, anchored in the Gulf of Oman off the United Arab Emirates’ port of Fujairah.

Saudi Arab, the UAE, UK and US accused Iran of sponsoring the attacks on the oil tankers. They expressed their resolve to defend their vital interests in the region. On June 16, Crown Prince Mohammed bin Salman, Deputy Prime Minister and Minister of Defence Saudi Arabia indicted Iran for attacks on oil tankers and warned to respond. He categorically said, “will not hesitate in dealing with any threat against our people, sovereignty and vital interests.”

The probability of the US and its like-minded states’ military action compel Iran to contemplate and work for countermeasures. The imbalance of power incites it to choose asymmetrical warfare strategy, including hybrid warfare tactics against the rivals in region. It is signaling to disrupt strategic Hormuz Strait to risk oil tankers daily transfer of some 19 millions barrel of oil from the Persian Gulf to the Indian Ocean.

The war between US-Iran will be very destructive. There is a possibility that the war will trigger a US nuclear strike to seek a quick and decisive victory.

Indeed, the Strait blockade is a compelling tactic to drive the support of European and Asian stakeholders to prevent the American military action against Iran. Trump Administration’s increased economic sanctions and deployed additional forces (several warships, a Patriot missile battery, an expeditionary force of marines, and nuclear-capable B-52 strategic bombers) in the region under the guise of a “maximum pressure” strategy were counterproductive.

Iranian defence forces shot down the US drone on June 20, which raised fear about a military confrontation between Iran and the United States. On June 21, President Trump said: “I’m not looking for war, and if there is, it’ll be obliteration like you have never seen before. But I am not looking to do that. But, you (Iran) can’t have nuclear weapons.”

Indeed, the war between US-Iran will be very destructive. There is a possibility that the war will trigger a US nuclear strike to seek a quick and decisive victory. According to the 2018 Nuclear Posture Review, Trump Administration can use tactical nuclear weapons in conventional theatres.

Kaveh L Afrasiabi, Nader Entessar opined: “If the United States were to commit a limited nuclear strike against Iran, it would minimize risks to its forces in the region, defang the Iranian military, divest the latter of pre-eminence in the Strait of Hormuz, and thus reassert US power in the oil hub of the Persian Gulf.” To conclude, even if the United States designated rivals, Russia and China, do not intervene in the crisis on Iran’s behalf, the end-state of a tension escalation between Washington and Tehran is chaos within the region and global economic recession.

Dr. Zafar Nawaz Jaspal is Associate Professor, School of Politics and International Relations, Quaid-i-Azam University, Islamabad. He is also an advisor on Non-Proliferation to SASSI, London and a course coordinator at Foreign Services Academy for the Pakistan Ministry of Foreign Affairs. Email: jaspal_99@hotmail.com. This article was first published in Pakistan Observer and it has been republished with the author’s permission. The views expressed in this article are the author’s own and do not necessarily reflect Global Village Space’s editorial policy.

Upcoming US President: Policy Towards the Gulf Will Change Regardless