Plutocracy and poverty in Pakistan 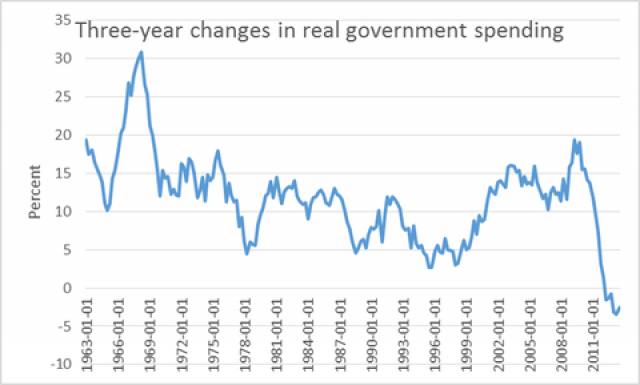 Mental constructs matter. Path dependencies solidify such thinking patterns. Some kind of belief system exists in every society. People have drawn from this belief system depending on the level of development of mental constructs and evolved a value system. This value system gives shape to aspirations and goals. The path-dependent nature of man causes this value system to be shared by the majority in time and can be called the particular culture of a society.

Man, in his desire to enjoy security and support for having a better standard of living, so that he can also find time and space to meet the spiritual needs of existence, and to understand the purpose of creation and his own role, brought himself under a social contract. Under it, constraints were imposed by the members of the social contract, or society, so that co-existence could be ensured and a better life could be reached through community participation.

The whole translation movement, for instance under Caliph al-Ma’mun’s, where texts were brought/welcomed from all corners of the known world to the empire, and translated into a single official language of the caliphate, providing easy access of these books to scholars to do research from Baghdad to Cordova.

These constraints came about on the basis of the value system (shaped by a path-dependent nature of human behaviour), which in turn was a result of a particular belief system. The underlying message of all belief systems is common in terms of the spirit of the message, yet some societies progressed while others struggled to develop ways of coming out of their perpetuating regresses.

The defining reason is education; the quality and quantity of informal and formal education. It is education that gives shapes to mental constructs in a way that they can fully comprehend the belief system, and evolve a value system, and in turn, conventions accordingly that can deliver on the underlying purpose of both individual human existence, and more importantly the social contract.

The early Muslim society understood the importance of education. That is why one saw a transformation of the people of Arabian Peninsula from being at the margins of human civilisation before the sixth century, always remaining at the periphery of all scientific and philosophical realms may that be of the Greeks, Persians or the Indians, to producing a movement of learning, thinking and creativity that took forward human thinking on philosophy and science to a level and scale never seen before in human history.

The whole translation movement, for instance under Caliph al-Ma’mun’s, where texts were brought/welcomed from all corners of the known world to the empire, and translated into a single official language of the caliphate, providing easy access of these books to scholars to do research from Baghdad to Cordova. The Golden Age of Islam is a constant reminder for Muslims today who have stopped investing in education, learning, and creativity. After centuries of slow decay, the Muslims have once again reached to the margins of the philosophical and scientific realms of progress.

Hence, Pakistan at independence inherited this small group of political and economic elites that had been created by the Raj, to continue to remain dominant and perpetuate further their power.

Yet amid all this progress that happened in the heartland of the Islamic empire, the torch of such inquisitiveness was not carried much by rulers who would continue to come and rule India. Hence, although the country continued to produce wealth in terms of agriculture products and craftsmanship in, for example, the textile industry, yet that wealth was spent in pursuit of architectural excellence and in retaining large armies.

Hence, since the time when Magna Carta was being signed in the early thirteenth century, and while people were struggling to imbibe the pre-requisites of democracy in the West, along with cultivating the spirit to fight for greater rights and freedoms through taking up greater responsibility as responsible citizens, the rulers in the east were keeping people underinvested in terms of education and economic empowerment. But while the west took up the road to renaissance and enlightenment for their homelands, they perpetuated the regime of suppression and extraction in their colonies in the east.

Inordinate distribution of agricultural land among the declared loyalists of the British Raj, meant an initial distribution of property rights and through it power to a few, so that they could help the Colonials in subjugating the masses, and assist them in their extractive ways, that is creating governance structures that allowed taking away wealth of the many to the hands of the colonials, and in return retained their lands and a part of wealth.

Hence, Pakistan at independence inherited this small group of political and economic elites that had been created by the Raj, to continue to remain dominant and perpetuate further their power. This they did by continuing and perpetuating the extractive institutional setup, whereby the political elites through conniving with the economic elites created political and economic institutions that kept the people undereducated and economically disempowered; the two important pre-requisites for democracy.

The outcome of this plutocracy is that the economic realm lacks competition, whereby the loyalists are rewarded with economic favours, providing a distinctive to organisations to invest in learning and innovation.

Hence, democracy was not allowed to take roots, with the democratic norms never allowing to nurture. Therefore, the transition as was seen in the west from a fledgling form of democracy in the thirteenth century to one that evolved through the Glorious Revolution and beyond, taking around six to seven centuries to reach a level of maturity that we now see there.

That journey has not started as such in Pakistan. Plutocracy, that is government by the wealthy, the oligarchs, have kept the citizenry pressured and ignorant and given the state has remained under-developed, so the people have relied on these plutocrats, who through bribery and coercion have forced the citizenry, in general, to vote for them. While overtly the system is given the gloss of democracy or rule of the people, yet covertly it is just a watershed, since the wealth and the power that the elites extract from it, and by keeping the resistance and level of understanding abysmally low among the electorate, the elites have been able to strengthen their plutocracy on strong footings. In other words, extractive institutional mechanisms have been strengthened.

A closer look at the dynamics takes us back to the mental constructs. An institutional matrix was defined and refined over time by elites/plutocrats that perpetuated ignorance and disempowerment. The right and opportunity to access quality education was kept to themselves only, so that the majority at large could not evolve mental constructs that allowed them to reach conventions (or informal institutions), and in turn to inspire those into formal rules or institutions that allowed them to get enlightened, educated and progressive, and more importantly to be economically dependent on state (than the elites), so that they could reform political institutions and bring rightful representatives into power.

The outcome of this plutocracy is that the economic realm lacks competition, whereby the loyalists are rewarded with economic favours, providing a distinctive to organisations to invest in learning and innovation. This has kept the economy stuck at low growth equilibrium. Imperfect competition and non-objective application of positive- (rewards/subsidies) and negative incentive system (punishments/taxes) has kept the tax base narrow, price signals to be artificial, and with low growth and less purchasing power, have resulted in stagflationary pressures.

Lack of stability and growth and a docile citizenry at the back of under-investment in education has resulted in the perpetuation of plutocracy, rising income inequality, and poverty.

The major reason for price hikes has been the formation of cartels in the presence of lack of regulation from the government sector, under the influence of political elites, who safeguard the interests of their conniving economic elites. Lack of competition resulting in lower investments in innovation have left the export earnings stagnated at a very low level, resulting in the continuous need of foreign financing to build reserves and safeguarding from near-BOP (Balance of Payments) crisis situations from time to time; like the one we face today.

The situation has mounted problems of high external debt, resulting in debt servicing leaving little resources for making an adequate level of development expenditures. Political elites backed economic elites have also had the protection of weak tax collection initiatives, which has kept the country most often than not suffering from the problem of a high fiscal deficit, at the back of low tax base. Yet, the businesses and wealth of elites enhanced because as indicated above, they were wrongly incentivised and protected, whereby the large majority was crowded out to low-end jobs, and wages (for example, small businessman, government employee, farmer, or worker in the private sector) and no hedging against the outcomes of inflationary pressures and low pension-related welfare benefits.

The wealthy few and their hordes of created dependents have kept loopholes in policy and pressured law enforcing/administrative organs of the state (including judiciary at the lower level) to not hurdle their extractive ways to snatch people’s property rights and get more wealth. This wealth is then used to sustain these coercive ways, and along with bribery/corruption, used to run election campaigns and buy votes.

Plutocracy has therefore perpetuated under the mirage of democracy. Political and economic elites have evolved an institutional incentive system, which they received from pre-Partition times, to keep the mental constructs weak, conventions lop-sided, laws left with major lacunas, and the governance structures bribed and coerced to favour the elites against the vulnerable majority.

This has bred macroeconomic instability, caused economic growth rate to remain volatile and settled in an equilibrium that is a lot lower than the economic potential, especially due to the existence of a large informal economic sector that the elites kept as ‘untouchables’ (for example from paying taxes) to gain votes and economic favours in electioneering. Lack of stability and growth and a docile citizenry at the back of under-investment in education has resulted in the perpetuation of plutocracy, rising income inequality, and poverty.

Omer Javed holds Ph.D. in Economics from the University of Barcelona, Spain. A former economist at International Monetary Fund, his work focuses on institutional and political economy, macroeconomic stability and economic growth. This article was first published in Pakistan Today and has been republished with author’s permission. The views expressed in this article are author’s own and do not necessarily reflect the editorial policy of Global Village Space.

US diplomat’s wife charged for killing a British teenager, thorn in US-UK relations