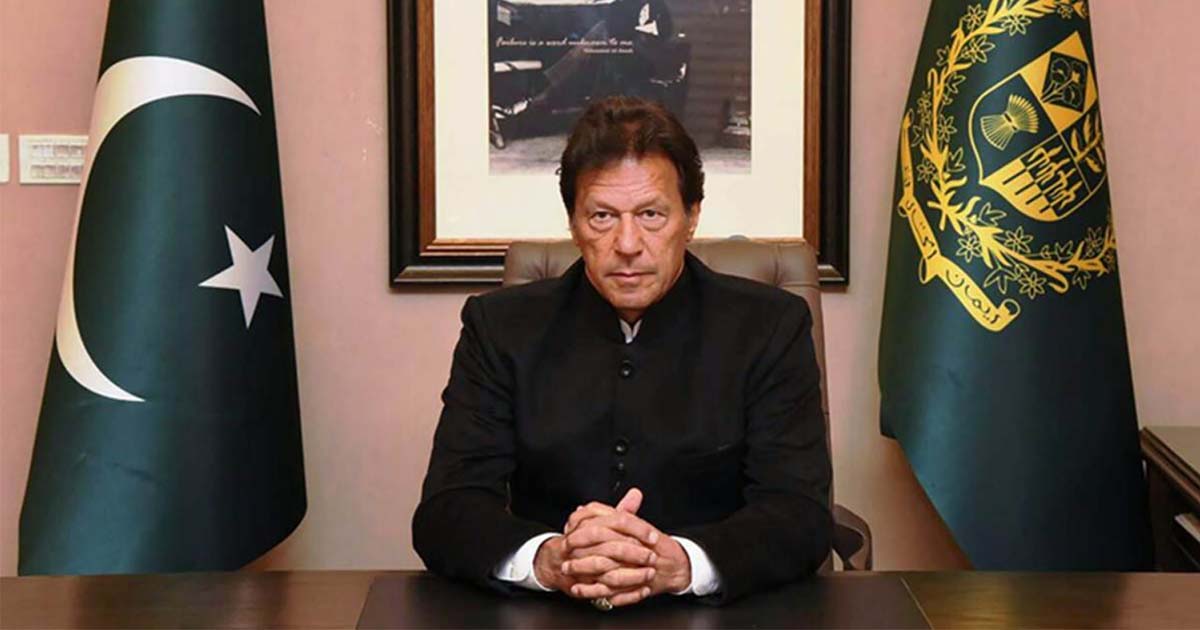 According to reports, Prime Minister Imran Khan has decided to take a two-day break from all official engagements. It’s been said that the premier would spend these two days with his family at his Bani Gala residence.

Keeping in mind, the current political scenario of the country, PM Khan’s decision comes as a surprise. When PM Khan was newly elected, he was seen in his office on Sundays even which portrayed him as a leader who was not willing to compromise on work.

A stronger federation empowers the state and the people. Strengthening the federation is among the top most priorities of the PTI Government which has set the foundations for it during its first 100 hundred days in power. #TabdeeliKay100Din pic.twitter.com/09Jpyx7Qtz

On August 18, Pakistan Tehreek-e-Insaf (PTI) chief was sworn in as the 22nd Prime Minister of Pakistan in a ceremony hosted at the Aiwan-i-Sadr (President House) in Islamabad.

He swore to “bear true faith and allegiance to Pakistan.” The 65-year-charismatic Khan — who was once known as a celebrity playboy campaigned on idealistic promises to build a “Naya Pakistan,” which would usher in a new era for the country. He vowed to end corruption and provide jobs if given the opportunity.

Even during the first session of the Federal cabinet, PM Imran Khan assigned his cabinet to work 14 hours a day, giving them his own example of working 16 hours a day. Pakistan is going through turbulent times, but what remains unchanged is Imran Khan’s dedication to put Pakistan on the path to progress

Judging by the progress of the country in the first 16 month of PTI’s rule, there’s no denying that PM Khan along with his government has worked tirelessly for Pakistan’s prosperity. Special Assistant to Prime Minister on Information also launched the one-year performance report of PTI Government highlighting the achievements in different sectors.

She said noticeable improvements had been made in postal services, NHA, railways, and many other government departments and we wouldn’t disagree. PTI’s government has achieved in its first year what other governments were not able to achieve in their whole 5-year tenures.

PM Khan has also left no stone unturned to internationalize the issue of Kashmir. He became the voice of the besieged Kashmiris who hailed him as their hero after his UNGA speech.

It has worked on revitalizing relations with Saudi Arab, China, United Arab Emirates (UAE), Malaysia, which in turn is reaping huge benefits for Pakistan. The retrieval of 572 Pakistani prisoners that were captured by the UAE was also possible due to PM’s Khan’s a policy of peace and restraint to improve bilateral ties with all neighboring countries based on equality and respect.

The accountability and anti-corruption policies launched by PTI’s government to bring back the looted wealth is also being lauded by the citizens of Pakistan. PM Imran aimed to give maximum relief to the poorest segment of the country and he did so by establishing ‘Panah Gahs’ which are responsible for providing food and shelter to the homeless.

He also introduced health cards which is a milestone towards social welfare reforms. It aims to provide insurance to 80 million Pakistanis to the tune of 720k Pakistani rupees. The launch of the Ehsaas Program was also widely appreciated for giving social safety nets to the impoverished population.

His government has taken revolutionary steps to increase foreign investment, progressive taxation and revenue. Despite facing criticism, PM Khan has taken quite a few bold decisions which have managed to work in the favor the country. He has always emphasized the need for accountability and transparency and this has led to backlash from the opposition parties.

But the prime minister never budged from his stance and that is why he is being loved by the Pakistanis. PM Khan has also left no stone unturned to internationalize the issue of Kashmir. He became the voice of the besieged Kashmiris who hailed him as their hero after his UNGA speech.

JUI-F also wrapped up their dharna after which the premier must have heaved a sigh of relief. Achieving so much in a short span of time must have been quite strenuous and I guess, the Prime Minister did deserve a break.

Op-Ed: Safdar’s sloganeering at Quaid’s mausoleum should not go unpunished