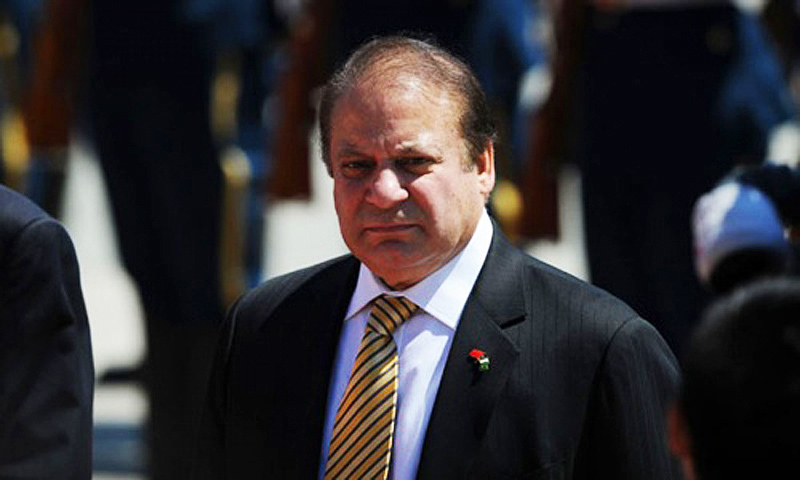 Pakistan Muslim League-Nawaz (PML-N) parliamentary board has apparently approved the ticket for the convicted murderer from Kotla to contest in the upcoming elections from National Assembly constituency-NA-71.

Before leaving to visit his critically ill wife Begum Kalsoom Nawaz in London ousted Prime Minister and supreme leader of the party apparently awarded the party ticket to a convicted murderer of six-people in Gujrat. His campaign is in full swing in the area.

Chaudhry Abid Raza was convicted in the murder case of 6-people during a failed assassination bid on former Gujrat Tehsil Nazim and ex-MPA; Ghulam Sarwar Bhooch back in 1998.

He was sentenced to death by a Gujranwala ATC back in 2001. Supreme Court had also upheld his conviction, but later he was freed after a compromise with the aggrieved party.

In 2008, despite being the new entrant in the party, he was allegedly preferred over the established local leader at the behest of “Lashkar-e-Jhangvi”.

The way PTI is bashed these days for allowing the electable to contest the election replacing old guards at the hands of new entrants, PML-N did the same in 2013.

Why was Awan asked to vacate the seat which he had just won only a few months prior to the May 2013 general elections?  Who asked to accommodate Abid Raza?

Awan family had a long association with the PML-N. Malik Hanif being a Sharif loyalist went through a tough period, when Nawaz was in exile. He also spent huge sums on the election campaign and sacrificed a lot for the party.

Why did PML-N sympathize with the convicted murderer? What triggered party to bring Abdi Raza of Kotla into the limelight? It was Hamza Shahbaz Sharif who installed him in the party and developed strong links with the Kotla based group. In 2013, he replaced Awaz with Raza saying that he had a commitment with later to award him the ticket, even at cost of party loyalist Awan.

He won the constituency in 2013 election with huge margins beating Ch. Muhammad Ilyas of PTI by 33,200 votes.

Since then, he has been unstoppable. Abid Raza has been instrumental in constructing bridges and roads connecting villages in his constituency. He is lauded in the area for building new schools.

His close ties with Hamaz were instrumental to extend him such favors.

Though, Awaz did not show such remorse back in in 2013. But after being ignored once again in favor of Raza, Awan is likely to contest NA-71 independently. He is trying to put together his own independent panel on both the Punjab Assembly seats falling under the NA seat to fight against PML-N.

Ironically, after fallout with PML-N, Awan had displayed a huge picture of PTI chief at his main election office at his residence. But soon after PTI announced to award ticket to Ch. Muhammad Ilyas, the picture was removed.

Over the years, Abid Raza has made huge inroads even in the union council where Awan and Ilyas had a stronghold primarily based on development work in the area.

He may have got the relief from the court but his acquittal in terrorism charges did not go unnoticed. A three-judge bench of the Apex Court headed by Chief Justice Anwar Zaheer Jamali had said that a settlement for a case under Anti-Terrorism Act 1997 (ATA) is not allowed.

The case is still in courts but PML-N is least bothered about it.

Is he still not a threat to the society being a convicted murderer of half a dozen people?

Can the PML-N explain its criteria for selection of the candidates? Was the process transparent? Was it based on merit?

A murderer who was also arrested in connection with attacks on former president Pervez Musharraf allegedly has links with Lashkar-e-Jhangvi. He has already spent five years in jail on murder charges and remained in jail for more than a year for attacks on Musharraf.

Is he worthy of being a legislator for people of Pakistan? Can PML-N not find another worthy representative among the 6,99,554 constituents in the NA-71?

PM Imran Khan, not Hazara mourners, is the blackmailer

Losing a generation: The expense of malnutrition