PML-N not in a hurry to avail IMF loan: But why? 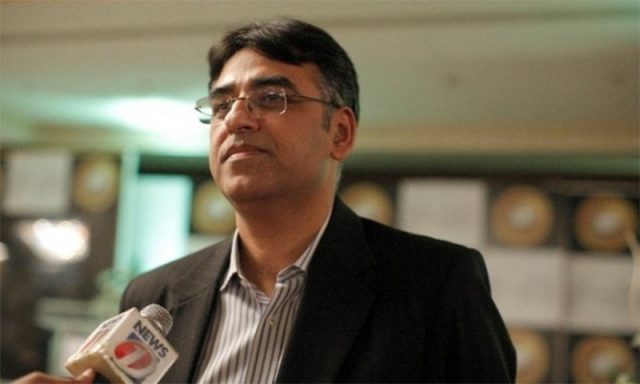 Pakistan has ruled out any IMF bailout package in recent times. The plan is to avoid the IMF clutches until the 2018 general elections.

IMF in its First Post Program Monitoring discussions with Pakistan, declared that “Pakistan’s near term outlook for economic growth is broadly favorable”. But, at the same time, it concluded that “against the background of rising external and fiscal financing needs and declining reserves, risks to Pakistan’s medium-term capacity to repay the Fund have increased since completion of the Extended Fund Facility (EFF) arrangement in September 2016”.

What does this mean? It’s an assurance from Fund that Pakistan’s position from Funds perspective is fine in short term which means Pakistan is facing no threat for presumably next few months. In other words, until elections, Pakistan is safe and needs not to worry about going to IMF.

Since, Pakistan currently faces medium term risks, its important to covey this to Pakistani’s indulged in party politics and ignorant enough to understand the games of thrones.

Dirty games of politics is played taking advantage of their ignorance. How many Pakistani’s would know the repercussions of development in their constituencies and its connection with medium term risk?

In general, Medium term in financial strategy means financial goals for any time between roughly six months and one year. It effectively means, Pakistan is apparently destined to face financial needs in 6-months’ time. Because, it has an adequate reserve and borrowing ability from lenders for next-few months.

To meet its demands, this fiscal year, Pakistan issued US$ 1.0 billion five year Sukuk and US$ 1.5 billion ten years Eurobonds transactions at a profit rate of 5.625% and 6.875% respectively in November 2017. Moreover, Pakistan has borrowed $2.3 billion from different Chinese institutions at three to six months Libor plus 2.7% to 3.02% spread, according to Shahbaz Rana.

In January, World Bank (WB) put Pakistan’s loan of $250-million on hold for failing to comply with macroeconomic conditions. The institutions like Asian Development Bank (ADB) and WB always put conditions which must be fulfilled to secure loans. Depleting financial reserves, coupled with twin deficit has put Pakistan on back foot.

To stay afloat Pakistan has no alternative but to borrow more, that too at very expensive rates.

One of the aims of the Medium term financial strategy is to assist in the control of public expenditures.

Government face catch-22 situation, if it attempts to tackle the worsening position of its current account deficit and budget deficit, it can negatively impact its target of 6.5% growth. It means despite facing debt related issues, government is adamant to continue its debt-driven growth model. Pakistan’s terms of trade have declined acutely to -4.9 in 2018 from 7% in 2014. According to IMF, twin-deficit situation is worrisome, with fiscal deficit at 5.3 percent of GDP in 2017/18 and current account deficit at 4.8 percent of GDP equivalent to $16.6 billion in 2017/18 is the highest ever.

Pakistan will continue to borrow from China, through Eurobonds, and other expensive sources.

Though, FATF’s ruling against Pakistan, it will neither be able borrow from international markets or institutions like IMF or World Bank because it will make the international community cautious of working with banks and transaction cost will increase making international businesses skeptical of investing in the country.

In addition, Pakistan must know that failure in foreign policy front which means making US and its allies angry over their concerns on terror financing could force US to influence IMF or World Bank to make conditions of borrowing tougher for Pakistan.

Meanwhile, Pakistan will continue to borrow from China, through Eurobonds, and other expensive sources. In near-term, despite having only 2 to 3 months of foreign reserves, Pakistan is hoping to use these expensive sources to fund its immediate needs.

Pakistan’s fiscal space is in squeeze at the moment. But, vary of public pressure, with elections only few months away, government wants to avoid backlash of going to Fund.

Moreover, IMF would ask to not indulge in indiscipline and must have to adhere to the austerity measures (as always) devised by the IMF [as we still owe them] to ensure fiscal discipline and tight monetary policy.

A medium term goal- control of public expenditures is the last thing on government’s mind. Because, they don’t want to win elections, they want to buy it.

Read more: Sino-Pak Relations: Our Economic Prowess is the Key

The ruling party aims a win-win situation, if it loses next-elections; it has nothing to worry and could put the pressure straight away on new government for going to IMF in its first year. If it wins, there is nothing to worry about, government will presumably stay intact for five years, citing any issue public can be tamed.  In probably few months’ time, with other options exhausted, it may revert back to IMF aiming easy finance after spending big in election year.

What top US Psychiatrists think about Trump

8 ways Iran could respond to Trump