Presiding over a meeting of Sindh lawmakers and federal ministers, Prime Minister Imran Khan lambasted the PPP-led Sindh government for its governance failures. He stressed that corruption will not be tolerated and the accountability process will proceed unhindered. 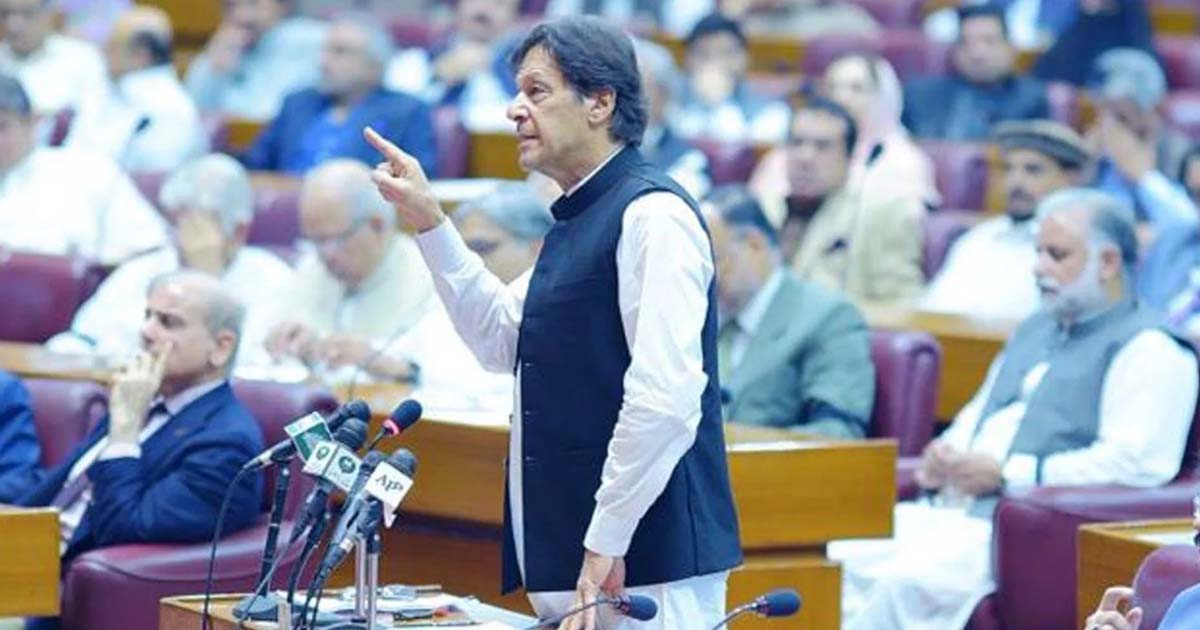 Prime Minister Imran Khan, on Friday, lashed out at the Pakistan People’s Party (PPP)-led Sindh government, regarding its governance in the province as a “total failure”.

The Premier made these comments during his interactions with a delegation of parliamentarians from Sindh, hailing from the ruling Pakistan Tehreek-i-Insaf (PTI) and its political allies.

The Premier said that prosperity and progress for the people of Sindh is one of the major priorities of the incumbent government. He stressed upon his resolve to play a pivotal role in improving the political situation in the province and added that the government must serve all the people without any discrimination.

He said that the PTI government is focused on eliminating the scourge of corruption. “We will not tolerate corruption as it has thwarted the development of the country.”

Prime Minister Imran Khan said, “There will be no doctrine of necessity or deal, I have arrived to fight Jihad against corruption.”

The participants of the meeting apprised the Premier about the challenges faced in implementing the federal government’s road map for the prosperity of the Sindhi people. They agreed that the focal persons will be positioned in federal ministries, which are relevant to the challenges of Sindh.

Sources reveal that the Premier said that evidence of the billions worth of corruption has emerged, and therefore, the political climate of Sindh is doused with anxiety. He said, “Accountability will occur and everyone will have their turn. There is no place for the corrupt in the country.”

The lawmakers from Sindh highlighted the negligence of the Sindh Chief Minister Syed Murad Ali Shah and raised demands of taking legal action against him.

The Sindh lawmakers said that the PPP-led provincial government is negligent of both, the rural and urban areas. They highlighted that the federal institutions in Sindh were also non-cooperative and given the attitude of CM Murad Ali Shah, no development project can be concluded in Sindh.

They also highlighted the challenges of the limiting powers of the Chief Secretary and Inspector General of Police. Requesting the Prime Minister, the Sindh lawmakers urged that the gas royalties paid to Sindh must be directed towards areas that would uplift the poverty-ridden people of Sindh.

Read More: Is PPP the most ‘weaponized’ political party in Pakistan?

Leaders from the MQM demanded the federal governments for funds for the municipal corporations in Karachi and Hyderabad. Planning Minister Asad Umar was directed to issue the funds for the development of the province.

Naya Pakistan: New Cabinet and the future of old-PTI