Iraqi clerics mount pressure on government for a new premiere

Pressure mounted on Iraq's political elite Friday to nominate a new premier, after a stern sermon from the country's top Shiite authority and a call for fresh protests by firebrand cleric Moqtada Sadr. 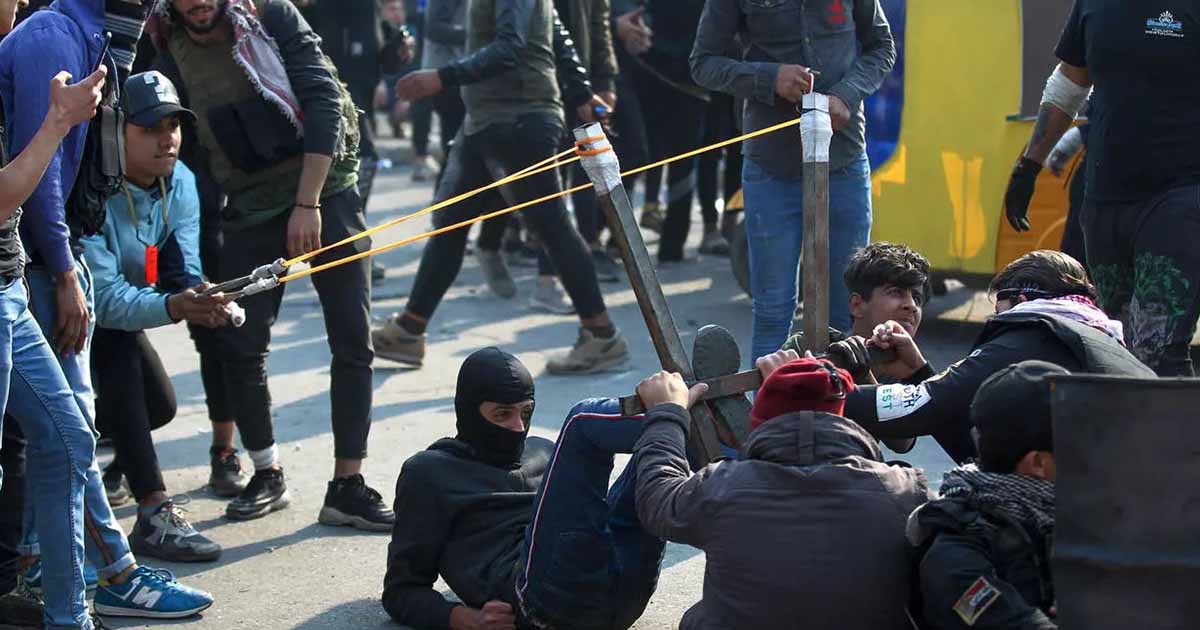 Pressure mounted on Iraq’s political elite Friday to nominate a new premier, after a stern sermon from the country’s top Shiite authority and a call for fresh protests by firebrand cleric Moqtada Sadr.

Iraq’s capital and mainly-Shiite south have been gripped by four months of anti-government protests demanding snap elections, a politically independent prime minister and an end to corruption.

They pushed prime minister Adel Abdel Mahdi to resign in December, but he has stayed on in a caretaker role as rival parties have struggled to agree on a successor.

The political paralysis has frustrated not only the protesters, but the country’s president Barham Saleh and its top Shiite authority, Grand Ayatollah Ali Sistani.

Saleh this week told Iraq’s deeply divided parliament he would nominate a new prime minister unilaterally if lawmakers did not name a candidate by Saturday.

Sistani piled on the pressure in his weekly Friday sermon, urging parties to “accelerate the formation of a new government” and “take the necessary steps to hold free and fair elections as soon as possible”.

“The continuation of the current crisis and the lack of political, economic and security stability are not in the interest of the country or the future of its people,” Sistani warned in a sermon delivered by his representative.

Top United Nations official Jeanine Hennis-Plasschaert has also been pushing for progress, tweeting on Friday that solutions were “urgently needed” in order to “break the political deadlock”.

According to Iraq’s constitution, parliament’s largest bloc must nominate a prime minister within 15 days of legislative elections. The candidate is then tasked by the president with forming a government within one month.

But Iraq is in a legal grey area, as the constitution makes no provisions for the prime minister’s resignation and the 15-day period since Abdel Mahdi stepped down has long since expired.

It is also unclear if it allows for the president to name his own candidate in this situation. Saleh’s letter sent factions into crisis talks, with one political figure saying they were “tense”.

Any contender would need a green light from a dizzying array of figures — the divided political class, Sistani, neighbouring Iran, its rival the US and protesters.

Progress has been slowed by the absence of two skilled brokers who were key to consensus in other rocky times: Iranian general Qasem Soleimani and Iraqi paramilitary commander Abu Mahdi al-Muhandis, both killed in a US drone strike in Baghdad on January 3.

Still, a politician close to the talks said a near-consensus had been formed around ex-minister Mohammed Tawfiq Allawi, but some key parties were resisting his nomination.

Protesters had already rejected Allawi, hanging up his portrait with a large “X” over his face in the protest epicentre of Tahrir Square in Baghdad.

Protester turn-out in Tahrir had dwindled since Sadr appeared to drop support for their civic movement last week.

A famously fickle politician, Sadr backed the rallies when they first erupted in October and called on the government to resign — even though he controls the largest bloc in parliament and a number of key ministerial posts.

Sadr has a cult-like following in Iraq and his supporters were widely recognised as the best-organised and well-equipped demonstrators in Tahrir.

But after holding a separate, anti-US rally a week ago, he said he would no longer “interfere” in the civil campaign and his hard-core supporters dismantled their tents in protest camps across the country.

On Friday, he appeared to change his mind again, calling for his backers “to renew the peaceful, reformist revolution”.

Sadr called for a “massive” protest in Baghdad “to pressure politicians to form a government based on the aspirations of the marjaiyah (Sistani) and the people”.

He also said he would begin preparations for a sit-in near the Green Zone, the high-security enclave where most government offices and foreign embassies are based.

Sadr, 46, has in previous protests urged followers to storm the Green Zone in a challenge to the government over undelivered reforms.

One month ago, supporters of the Hashed al-Shaabi military network crossed into the Green Zone and besieged the American embassy in outrage over a US airstrike that killed 25 Hashed fighters days earlier.

Pakistan will come to a standstill on Friday to support Kashmir