Protests across the Arab world have proven military might is discounting as the larger community steps up for their rights. 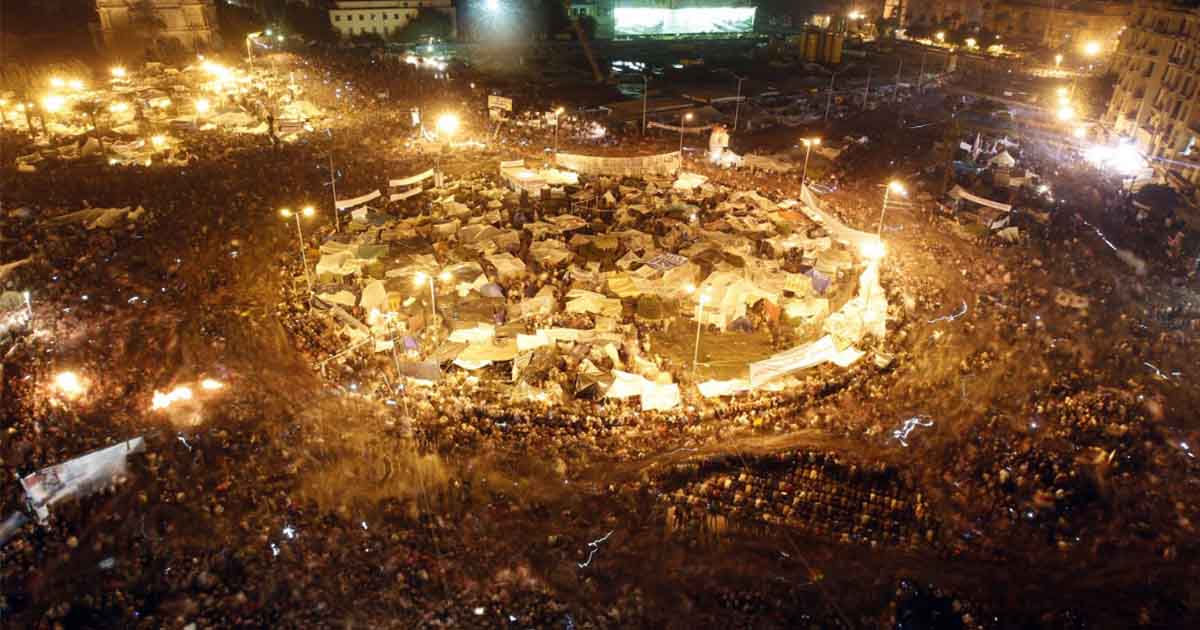 Long gone are the days when protesters on Cairo’s Tahrir Square chanted “the military and the people are one.”

In 2011 it was the barriers of fear that protesters broke. Created by autocratic rulers, fear was what long kept the disgruntled from taking their grievances to the street.

In 2019 and 2020 those barriers have been further reduced with protesters refusing to back down despite the use of brutal force by law enforcement and security forces in Lebanon and Iraq and occasional violence elsewhere in the Arab world.

Changed popular perceptions of the military are the result. Increasingly, the military is seen at best as positioning itself to salvage what can be salvaged of an ancien regime and at worst the enforcer of a hated regime.

“Iraqis broke the shackles of fear and reached the point of no return. The movement will not stop, and the Iraqi people will never be silenced…,” said Ali Hashim, a protester in Baghdad, speaking only a week after one night of mass killings in December.

In increasingly violent clashes in Beirut earlier this month, protesters unsuccessfully sought to persuade the security forces they were attacking that their demands for a complete break with Lebanon’s political elite was also in the interest of men in uniform.

“Among the most important lessons cited by Sudanese and Algerian protesters so far are…(that) transition plans designed by the military—particularly proposals for quick elections—can be a trap,” said Middle East scholar Michele Dunne.

Algeria was railroaded into the election by its powerful military in a bid to outflank protesters by holding the poll before they had an opportunity to prepare for it.

Arab and Iranian ruling elites and their own citizens now openly fight and resist each other, seeking to define their countries’ identities and policies. This is probably the most consequential ideological battle in the Middle East since its state system was established a century ago

A crucial nail was driven into the coffin of the notion of a unity of purpose between protesters and armed forces with the 2013 military coup in Egypt that produced one of the Arab world’s most repressive regimes under general-turned-president Abdul Fattah Al-Sisi.

Protesters realize almost a decade after the 2011 protests in which demonstrators declared victory once leaders like Egypt’s Hosni Mubarak and Tunisia’s Zine El Abidine Ben Ali had resigned, that their only chance of success is to retain their street power until elites, including the military, agree as appears to be the case in Sudan to a truly transformational process.

In Sudan, unlike in Egypt in 2011, this meant protesters and/or civil society groups ensuring that they had a seat at the table before they surrendered the street.

In Lebanon protests escalated as a result of the elite’s attempt to address the crisis with the appointment as prime minister of Hassan Diab, widely seen as beholden to Hezbollah, the Iranian-backed militia and political group.

Mounting violence on the streets of Lebanon and Iraq in which hundreds of protesters have been killed or wounded will do little to rebuild confidence in the military and allied security forces.

If Lebanon and Iraq are anything to go by, clashes are likely to escalate and leave deep-seated scars.

We need a politics that doesn’t merely claim security, freedom, and equality for a select group or class, but that understands these rights as inalienable and for all people

“Our backs are against the wall. We have nothing more to lose. We are fighting a regime with a history of 40 years of corruption and their armed defenders,” said a masked protester on the streets of Beirut.

Taking journalist and scholar Rami Khouri’s analysis of what he terms ‘revolutions’ that are pitted against the decades-old ‘resistance’ of hard-line Arab states, Iran and its non-state Arab allies who opposed the US, Israel and conservative Gulf states Saudi Arabia and the United Arab Emirates as a starting point, militaries become outposts of a political system that has produced brutal autocracies and/or economic and environmental mismanagement.

“Arab and Iranian ruling elites and their own citizens now openly fight and resist each other, seeking to define their countries’ identities and policies. This is probably the most consequential ideological battle in the Middle East since its state system was established a century ago,” Mr. Khouri said.

It’s an epic battle that has turned the once revered military into yet another institution that finds itself on the wrong side of history.

While Arab protesters have made that clear on the streets of Khartoum, Algiers, Beirut and Baghdad, Iranian students demanded the departure and demise of the Revolutionary Guards in anti-government demonstrations prior to and after the recent killing of Iranian general Qassim Soleimani.

“The only way out of our current predicament is the simultaneous rejection of both domestic despotism and imperial arrogance. We need a politics that doesn’t merely claim security, freedom, and equality for a select group or class, but that understands these rights as inalienable and for all people,” said a statement by Iranian students demanding an end to all foreign interference in the affairs of the region, be it by the United States, Iran or the conservative Gulf states.