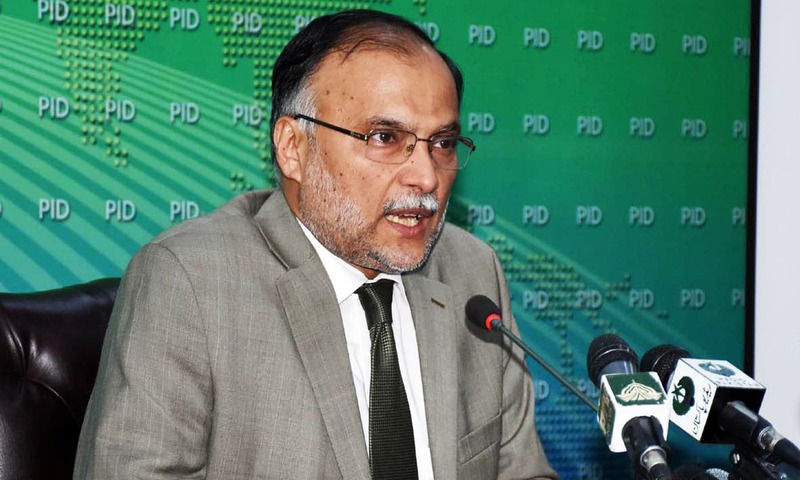 In its first ever nationwide victory, PTI has broken the power monopoly of certain figureheads belonging PPP, PML-N and other far right religious parties in the 2018 general elections.

In all fairness it seemed more of a multi-party conference of ageing baby boomers unsatisfied that, for once, things did not go their way.

Of note is Chaudhary Nisar Ali Khan who ran for both NA-59 and NA-63 seats but lost them to PTI’s Ghulam Sarwar Khan. The former Interior Minister had previously won eight consecutive elections since 1985 on PML-N’s ticket. This year, however, he had broken off his ties with the party and contested independently.

Former Prime Minister Shahid Khaqan Abbasi surprisingly lost in NA-53 as well as home constituency of NA-57. The Murree native succeeded his father and like him has held control of the constituency since 1985 except for a single loss in 2002. Despite that, PTI’s Sadaqat Ali Khan ousted the incumbent Abbasi with a staggering margin of 11,546 votes. In NA-53 Abbasi lost to PTI’s captain Imran Khan by an overwhelming 48,577 votes.

Read more: Aliens did not beat PMLN in elections, the common man did

Imran Khan also scored another significant win over Khawaja Saad Rafique in his home constituency of NA-131 by a comparatively narrow margin. The former Minister of Railways and PML-N strongman had filed a plea for recounting of votes in his constituency which did not change the verdict. A distraught Rafique cited the division of his constituency – due to delimitations – as the reason behind his loss.

Experienced politician and President of the Jamiat Ulema-e-Islam (JUI), Maulana Fazl-ur-Rehman also faced an ouster at the hands of Ali Amin Gandapur of PTI in NA 38  which happens to be Rehman’s hometown. The 2018 elections have not been kind to the religious far-right who had re-emerged on the scene under the Tehreek-e-Labbaik Pakistan (TLP) coalition of hard-line Barelvi Sunni Muslims. Close relations with militant organizations such as Lashkar-e-Jhangvi and the Tehreek-e-Taliban Pakistan has negatively impacted votes for these parties. Rehman’s Mutahida Majlis-e-Amal (MMA) along with Jamiat Ulema Islam-Fazl (JUI-F) bagged a total of 13 provincial assembly seats nationwide mostly in the largely conservative frontier province, but failed to bag a single national assembly seat.

In Faisalabad’s NA-108 constituency, PML-N’s Abid Sher Ali was also narrowly defeated by PTI candidate; Farrukh Habib. Abid later stated that he and his party completely denounce the result alleging rigging to have occurred and has submitted an appeal for recounting. Farrukh Habib managed to beat Abid Sher Ali by a mere 1211 votes. It’s noteworthy to mention that the number of rejected votes in NA-108 totaled 5177.

Aftab Ahmed Sherpao, senior vice chairman of Qaumi Watan Party frequently won elections as MNA from his native district of Charsadda. He also previously served as federal minister for water and power as well as federal interior minister during other tenures. The last National Assembly seat he won was in the 2013 elections which he lost to PTI’s Anwar Taj in 2018.

Lastly, the Awami National Party (ANP) and a political front for Pashtun nationalism in the frontier province only bagged a single national assembly seat sealing the party’s fate which had been on the decline since 2008. Haji Ghulam Ahmad Bilour of ANP lost the election to PTI`s Shaukat Ali in NA-31.

The latest update however is the announcement by Fazlu Rehman during a hastily propped up All Parties Conference to reject the election results, challenge Election Commission of Pakistan and work towards a re-election. In all fairness it seemed more of a multi-party conference of ageing baby boomers unsatisfied that, for once, things did not go their way. Attendees included Shehbaz Sharif, Asfandyar Wali, Yousuf Gillani, Aftab Sherpao and Farooq Sattar.

No judicialization but only democratization of democracy

Pakistan may lose its vast oil & gas reserves to India if not extracted: HELP report