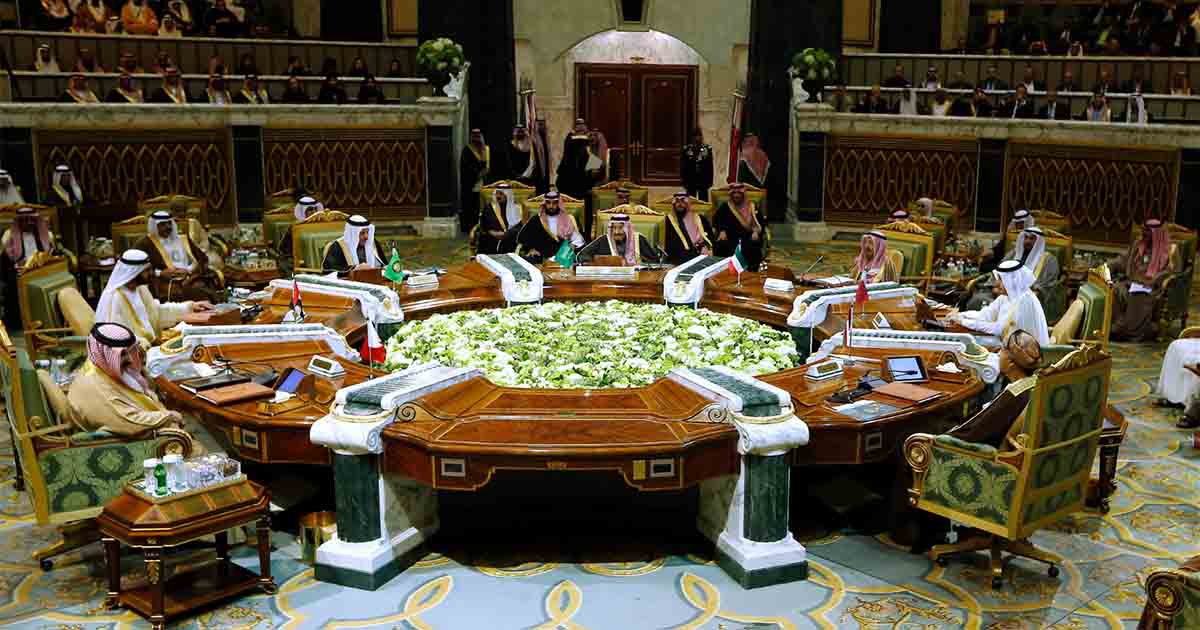 In a sign of the changing mood, the Doha delegation received a warm welcome in Riyadh, with Saudi Arabia’s King Salman and the Qatari prime minister exchanging smiles and pleasantries.

“The people of Qatar, welcome, to your second country,” said the commentator on Saudi state television, in a friendly greeting. Saudi Arabia, the United Arab Emirates, Bahrain and Egypt cut all diplomatic and transport ties with Qatar in June 2017, translating into a blockade.

In his speech, King Salman did not address the Qatar dispute directly but called for Gulf unity in the face of threats including “aggressive acts” by Iran. GCC secretary-general Abdullatif Al-Zayani also called on Gulf nations to remain “integrated and intertwined”, stressing the need for “cohesion”.

Read more: Future for Qatar and Saudi Arabia after ‘almost’ striking a deal?

This view was echoed by Sheikh Sabah al-Ahmad Al-Sabah, the ruling emir of Kuwait, a GCC state which is mediating to end the bitter rift. Saudi Foreign Minister Prince Faisal bin Farhan acknowledged the mediation but said it was preferrable to keep such efforts out of the media glare.

Hopes have been raised despite Doha’s refusal to meet 13 key demands made by the Riyadh-led bloc, including shutting down broadcaster Al Jazeera, downgrading ties with Iran and closing a Turkish military base on its territory.

Yet, beyond the bonhomie in Riyadh, the event “falls short of achieving the intended reconciliation between Saudi Arabia and Qatar”, said Gulf analyst Ali Bakeer.

“My understanding is that unless the blockade on Qatar is removed it will be hard to expect a serious breakthrough,” he told AFP. Following Saudi King Salman’s invitation to the emir, Qatar’s foreign minister said there had been “some progress” in talks with Riyadh.

In a U-turn last month, three of the boycotting countries sent teams to a regional football tournament hosted by Qatar, leading to speculation of an imminent diplomatic breakthrough.

Some Gulf watchers had anticipated that Tuesday’s summit would blossom into a “reconciliation conference”, but many Saudi observers remained sceptical, saying the king was only following protocol in inviting the emir to the GCC summit.

However, negotiations to end the impasse are expected to continue, analysts say.

“Ending the Gulf rift is an incremental process of engagement and dialogue rather than something resolvable at a single summit meeting alone,” said Kristian Ulrichsen, a fellow at Rice University’s Baker Institute in the United States.

For Samuel Ramani, a doctoral researcher at Oxford University, “Saudi Arabia’s normalisation with Qatar is likely to occur without major concessions from Doha.

“It is possible that Qatar could scale back its links with the Muslim Brotherhood, but it is certainly not planning on reducing its diplomatic ties with Turkey and Iran as trust between Doha and other GCC countries has been severely damaged.”

But some of the other blockading countries are not as eager to step back. Two sources familiar with the negotiations, including an Arab diplomat, told AFP that hardliners in Abu Dhabi — Riyadh’s principal ally — are opposed to a restoration of ties.

The rift has seen the two sides trade barbs on everything from access to the Muslim holy city of Mecca to alleged Twitter hacking. It has also seen families divided, while Qatari businesses face increased costs as well as complicated regional travel.