The economic partnership between Qatar and Pakistan has reached $9 billion after new investments deals were signed between the two worth $3 billion. Both countries have pledged to expand their cooperation by adding financial intelligence to their partnership for the elimination of terrorism funding and money laundering. 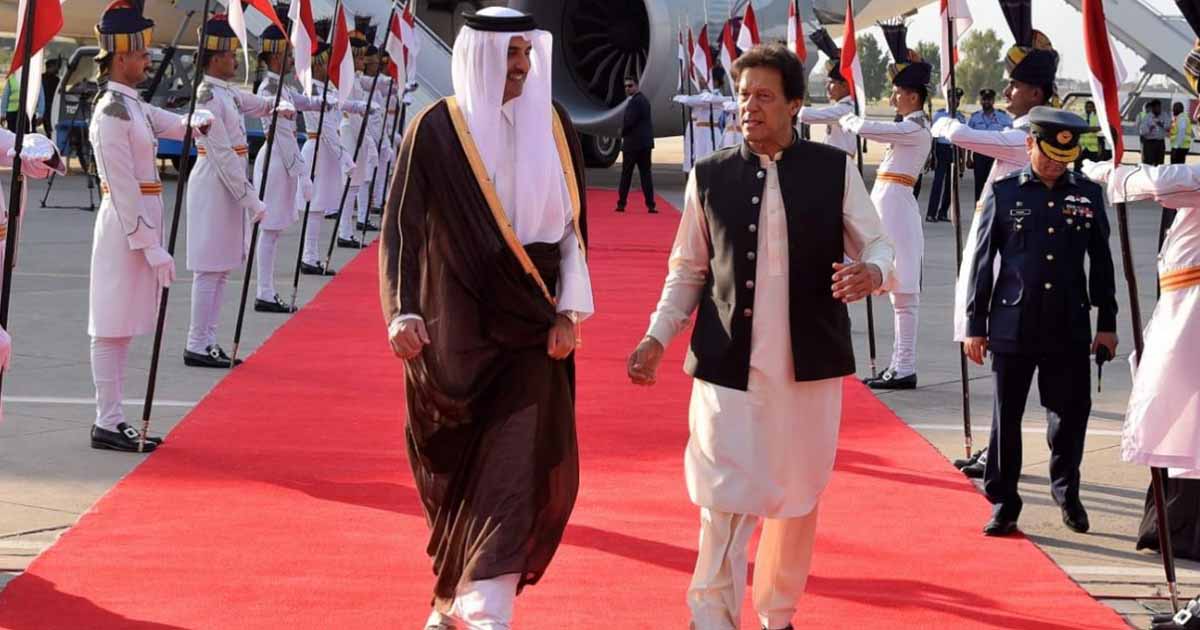 The announcement made via QNA comes a day after the Emir of Qatar, Sheikh Tamim bin Hamad Al-Thani, completed a two-day state visit to Pakistan on Prime Minister Imran Khan’s invitation last week.

Details of the Visit

The two held one-to-one meetings along with delegation-level talks on various development projects aimed at economic cooperation between both countries.

It is widely speculated that imposition of the blockade by Saudi Arabia on Qatar was an attempt to project a “responsible” image of the former and to manage membership of the Financial Action Task Force (FAFTF).

On the day of the Emir’s arrival, three memoranda of understanding (MoUs) where signed between the two countries during the delegation-level talks. The MoUs, pertinent to trade, financial intelligence and tourism, were signed during the talks headed by the premiers of both countries.

A Joint Working Group on Trade and Investment was also established between the countries for cooperation in the field of tourism and business cooperation in return of financial intelligence expertise to deal with issues such as terror financing and money laundering.

Read more: Pakistan’s balancing act in the Gulf, Qatar to invest heavily in…

In June 2017, Qatar was put under a severe economic and political blockade by its neighboring Gulf States for alleged support to Islamist groups such as the Muslim Brotherhood, Hamas, Hezbollah, Al Qaeda and others operating in the Middle East. It is widely speculated that imposition of the blockade by Saudi Arabia on Qatar was an attempt to project a “responsible” image of the former and to manage membership of the Financial Action Task Force (FAFTF). Following the blockade, Saudi officials had claimed that the country was doing everything to stop Qatar from supporting terrorists.

On the other hand, Pakistan was grey listed by the FATF in June 2018, for alleged financial support to banned outfits such as the Lashkar-e-Tayyaiba, Jamat-ud-dawa and others; via efforts of by a strong Indian lobby. While Pakistan has continued its efforts towards counter-lobbying against India to get off the grey list, it has so far not been able to negotiate a deal with the members of the FATF.

Read more: Qatari Emir to land in Pakistan today: What to expect from…

The joint cooperation on the two issues is likely to result in a comprehensive strategy to combat terrorism funding and money laundering cases.

AFP - 9 April 2021
It is with deep sorrow that Her Majesty The Queen announces the death of her beloved husband, His Royal Highness The Prince Philip, Duke of Edinburgh

Key dates in the history of the Palestinians