The division of nephrology is currently providing multiple therapies by which the blood of the patient is being treated through advanced devices to filter the blood from the harmful materials that are associated with the child's disease. 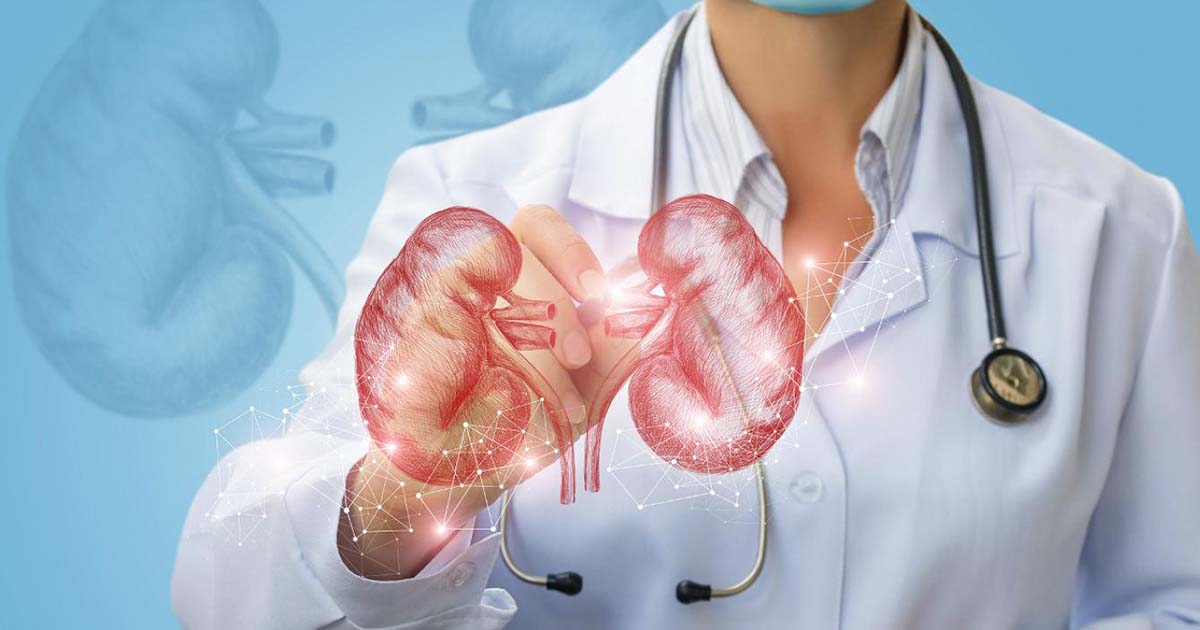 Sidra Medicine, a member of Qatar Foundation (QF), as part of its aim to introduce specialized, advanced and world-class medical care for children in Qatar has launched a high standard division of nephrology and hypertension.

The division of nephrology is currently providing multiple therapies by which the blood of the patient is being treated through advanced devices to filter the blood from the harmful materials that are associated with the child’s disease.

Sidra Medical and Research Center is a 400-bed hospital, medical education center and biomedical research center in Al Rayyan, Qatar, formed as an initiative of Qatar Foundation. It is affiliated with the Weill Cornell Medical College in Qatar. Its initial inpatient hospital was formally opened in January 2018 with 400 beds. At its peak operational capacity, it serves more than 275,000 patients per year.

All public and private healthcare services across the country were delivered without any interruption and in fact, there were several areas which have seen huge improvements and innovations.

Sidra is located in Education City, a city-scale initiative by Qatar Foundation. This portion of Education City is located Al Gharrafa, which in turn is a district of Al Rayyan City in the Municipality of Al Rayyan in Qatar. Outside the hospital is a series of 14 giant bronze sculptures by Damien Hirst called The Miraculous Journey, graphically charting the development of a baby in the uterus from conception to birth.

Qatar Foundation, a quasi-government organization, allotted a massive $7.9 billion budget for the hospital’s construction. It first selected the center’s contractors in 2008 but in 2014 assigned new contractors to complete the project.

Biomedical research first began at Sidra in 2015. Outpatient care facilities and services were inaugurated in May 2016; as of 2018 there are at least 50 outpatient facilities. Throughout 2017, more than 25,000 people were treated at the hospital’s outpatient clinic.

On 14 January, 2018, Sidra launched its inpatient hospital with 400 beds, treating 10 patients on its initial day of opening. The hospital is expected to become fully commissioned sometime in 2018, after the construction of an emergency department and the addition of further services. Future plans will witness an expansion from 400 beds to 550 beds. Roughly 3,900 staff members were retained by Sidra at the time of inaugurating its inpatient hospital.

Qatar has witnessed great strides in the healthcare sector despite the illegal blockade that has been in place against the country since June 5, 2017. All public and private healthcare services across the country were delivered without any interruption and in fact, there were several areas which have seen huge improvements and innovations.

The country also witnessed the opening of several mega projects and the launch of the highly ambitious National Health Strategy (NHS) 2018-2022 during this period. The NHS 2018-2022 focuses on the triple objective of ‘better health’, ‘better care’ and ‘better value’.

Hamad Medical Corporation, with the largest expansion in its history, has opened three new hospitals, providing some of the latest and very innovative services and new care options for the residents of the country. The new hospitals – Ambulatory Care Center, Qatar Rehabilitation Institute and Women’s Wellness and Research Center – are hallmarks of excellence and innovation in healthcare.

It also has the largest healthcare kitchen in the Middle East and able to deliver up to 4,000 meals a day to patients and catering more than 65 different diets.

Sidra Medicine – a beacon of healthcare excellence and an ultramodern, all-digital academic medical centre – opened the inpatient facility earlier this year. It is all set to make new standards in patient care for women, children and young persons in Qatar, the Gulf region and internationally.

At the 71st session of the World Health Assembly (WHA) in Geneva last year, HE the Minister of Public Health, Dr Hanan Mohamed al-Kuwari highlighted that irrespective of the blockade, Qatar has been providing the best healthcare for the citizens and the residents of the country.

The NHS 2018-2022, launched under the theme ‘Our Health, Our Future’ reflects a global shift in thinking by focusing on seven priority population groups. It aims to shape services around people, patients and their families and change the way the health system works, moving from focusing on treating the symptoms of disease to helping people stay healthy.

The NHS 2018-2022 focuses on seven priority population groups, selected based on the current population and health needs of the Qatari society. In addition, the strategy specifies five priorities at the health system level, ranging from enhancing comprehensive care to health promotion in all policies to cover the basics of effective healthcare as defined by the World Health Organization.

Qatar Rehabilitation Institute is the largest rehabilitation hospital in the region at 38,000sqm. It houses seven indoor heated hydrotherapy pools, each with the highest water quality standards, and 11 rehabilitation gyms. It has more than 2,000m of pneumatic tubes crisscross the three hospitals and transport medicine and lab specimens to various units within the hospitals in minutes. It also has the largest healthcare kitchen in the Middle East and able to deliver up to 4,000 meals a day to patients and catering more than 65 different diets.

The Women’s Wellness and Research Center, expected to deliver over 17,000 babies annually, will provide the best start in life for them with more than 100 neonatal intensive care cots, seven operating theatres, 26 labor and delivery rooms, and 50 outpatient examination rooms.

The Ambulatory Care Center, which is delivering outpatient and day surgery services, is equipped with state-of-the-art theatres, an extensive radiology unit, examination suites and treatment rooms, and 12 examination rooms for ENT and audiology.

Sidra Medicine which had already started the operations of its Outpatient Department, opened the doors for the inpatients in January this year, heralding a new era in healthcare in the country, the region and beyond. The main hospital will initially have 400 beds with infrastructure to enable expansion to 550 beds in a subsequent phase.

On June 5, 2017, Saudi Arabia, Bahrain, and the UAE cut off diplomatic relations with Qatar and ordered the expulsion of Qatari citizens and the return of their citizens from Qatar within 14 days.

The Outpatient Clinics at Sidra Medicine operates nearly 50 clinics, welcoming over 25,000 patients and performing 349-day surgeries in 2017. The hospital is to launch a Poison Control Centre and an In Vitro Fertilization facility later this year. The high-tech, super specialty hospital for women and children, part of Qatar Foundation, has also launched the pediatric emergency.

Qatar Provides Health-care Services to Patients from Saudi Arabia, UAE and Bahrain Despite being Blockaded

Overall, the healthcare services in the country remained unaffected, and the blockade has in fact provided an opportunity to demonstrate innovation and self-sufficiency. Above all, since the blockade began, over 13,800 patients from Saudi Arabia, Bahrain, the United Arab Emirates, and Egypt have been cared for by HMC.

The isolation of Qatar by Saudi Arabia, Bahrain, and the United Arab Emirates (UAE) has been precipitating serious human rights violations, according to reports by Human Rights Watch. The report further stated that the blockade is infringing on the right to free expression, separating families, interrupting medical care – in one case forcing a child to miss a scheduled brain surgery, interrupting education, and stranding migrant workers without food or water. Travel to and from Qatar is restricted, and the land border with Saudi Arabia is closed.

Read more: The Qatar Charity: Qatar’s Humanitarian Efforts for the Orphans of Pakistan

On June 5, 2017, Saudi Arabia, Bahrain, and the UAE cut off diplomatic relations with Qatar and ordered the expulsion of Qatari citizens and the return of their citizens from Qatar within 14 days. The three countries applied the travel restrictions suddenly, collectively, and without taking individual situations into account.

On June 23, the three countries and Egypt issued a list of 13 demands to Qatar for ending the crisis that included shutting down Al Jazeera and other media they claim are funded by Qatar; downgrading diplomatic ties with Iran; severing ties with “terrorist organizations,” including the Muslim Brotherhood; and paying reparations to other Gulf countries for “loss of life” and “other financial losses” resulting from Qatar’s policies- accusations denied by Qatar.

APP - 24 September 2021
Ning Jizhe said on Thursday that CPEC as the flagship project under the BRI has reaped fruitful results over the past eight years, bringing a direct investment of US$ 25.4 billion to Pakistan and creating numerous jobs in Pakistan.