Foreign Minister Shah Mahmood Qureshi challenged the Indian Prime Minister Narendra Modi to examine the popularity of his decision to abolish Articles 370 and 35 - A with a referendum that allows the Kashmiris to record their feedback. 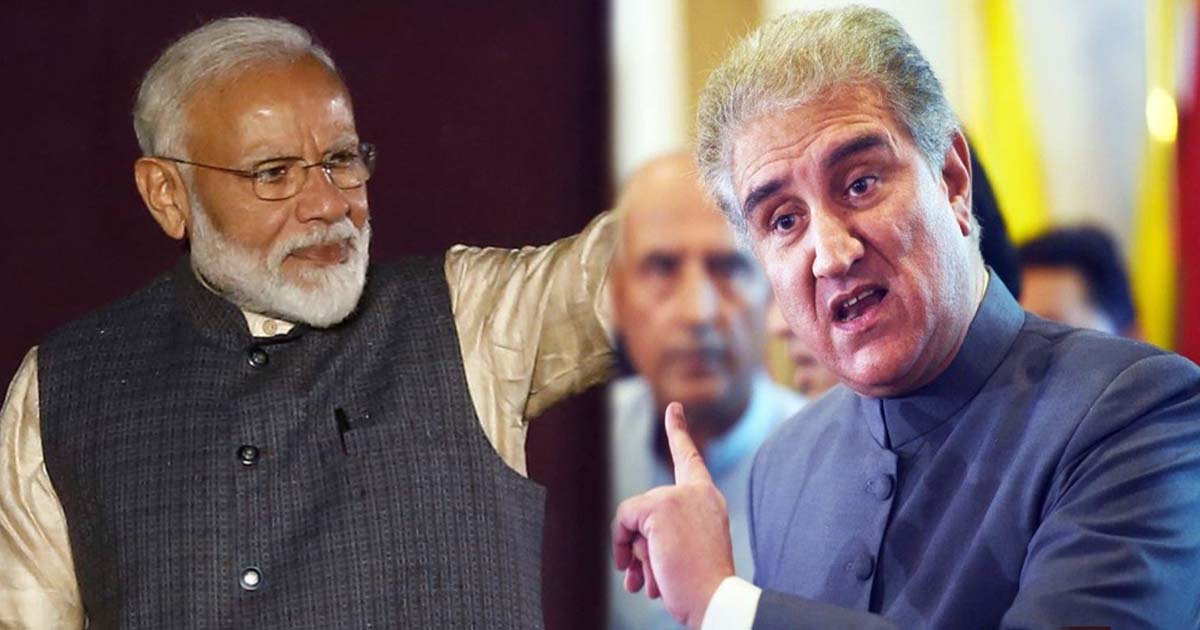 Foreign Minister Shah Mahmood Qureshi, on Sunday, condemned New Delhi’s failure to fulfill the promises made by the UN, and challenged the Indian Prime Minister Narendra Modi to test his popularity with a referendum that will obtain feedback over the decision to abolish the constitutional privileges of Indian-occupied Kashmir.

Addressing a press briefing in Multan yesterday, Shah Mahmood Qureshi said, “I challenge Narendra Modi to end the curfew and hold a referendum. Call the entire leadership of Kashmir, those who have led the government, including former Chief Ministers Mehbooba Mufti and Omar Abdullah, and the Hurriyat leadership consisting of Mirwaiz Umar Farooq, Syed Ali Gillani and Yasin Mailk.”

The people of Kashmir can hardly breathe amidst all the restrictions. We are not certain if they have access to medicinal supplies, or even food. What kind of talks can we hold in such an environment?

The Foreign Minister went onto to address Narendra Modi, saying “You have failed to fulfill the promises of the United Nations, but if you want to examine the popularity of your decision in Kashmir, just hold a referendum and you will see.”

Foreign Minister Qureshi noted that the UN Secretary General has recognized the region as a disputed territory, and this dispute can only be resolved through the UN resolutions, UN charter and the international laws with regards to disputed territories. Qureshi also said that the observations made by the UNSC marks a massive diplomatic win for Pakistan.

However, he raised questions over the insistence of the international community and world powers of holding dialogue between Pakistan and India. The Foreign Minister noted that Pakistan has never opposed bilateral ties and dialogue.

Explaining the dynamics of the Kashmir dispute, Qureshi said that there are three parties in this issue: Pakistan, India and Kashmir. Two parties have been entirely uninvolved in the decisions of the UNSC, while the third, the people of Kashmir, remain under a severe curfew that has subjugated them by means of brute military force.

Shah Mahmood Qureshi lamented, “The people of Kashmir can hardly breathe amidst all the restrictions. We are not certain if they have access to medicinal supplies, or even food. What kind of talks can we hold in such an environment?”

The Foreign Minister went onto say that the UN Security Council must reconsider the cruelty of the Indian government before expecting Pakistan to engage in bilateral dialogue. He noted that the restraints and curfew has been ongoing for over 13 days now, while the 10 holy days of Muharram are also just around the corner.

We stand with Kashmir

“People are subjected to immeasurable distress and hardships. The constant firing across the Line of Control has martyred our soldiers and innocent civilians. Pakistan continues to be patient. However, Pakistan has also revealed its will and determination, and we will continue to stand with Kashmir.” Shah Mahmood Qureshi stated.

The Foreign Minister appreciated the efforts of the local and international media in highlighting the issue of Kashmir.

The Jammu & Kashmir dispute is to be decided on the basis of the UN Security Council Resolutions and in accordance with the wishes of the Kashmiri people.

He had also condemned the brutal lock down of the population in the occupied Himalayan valley, which has now continued for almost two weeks. He noted that international media and human rights organizations paint a bleak picture of dire humanitarian crisis and crimes against humanity.

The Foreign Minister was quoted by MoFA as, “We have seen the comments made by the Indian Defence Minister today. These are reflective of the predicament that India finds itself in, after its illegal and unilateral actions imperiling peace and security in the region and beyond.”

Shah Mahmood Qureshi added, “Equally condemnable is the completely indefensible lock-down of the entire population in Occupied Jammu & Kashmir, that has gone on for two weeks, and continues to deepen the dire humanitarian tragedy as reported by the international human rights organizations and international media. The world community, including the United Nations Security Council, have taken cognizance of this utterly untenable situation.”

Read more: William & Kate’s visit to Pakistan may be postponed amid Kashmir tensions

Previous articleDual Nationality is negation to the Article 62 & 63 (c)
Next articleDr. Firdous: Pakistani Media must counter Indian Propaganda on Kashmir

Who is responsible for India’s democratic downfall?