Reham Khan has slashed serious allegations against PM Khan in the PTI foreign funding case, elaborates on the allegations of Akbar S Babar. 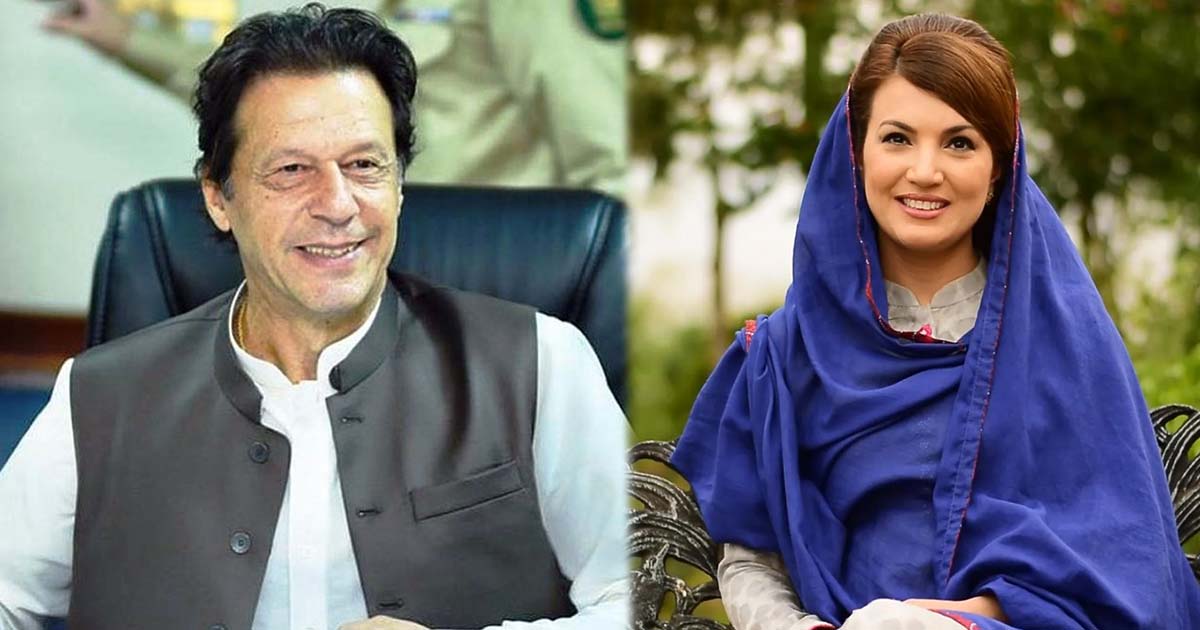 Reham Khan, the former wife of Prime Minister Imran Khan, has slashed serious allegations of receiving illegal funds on Imran Khan. In her latest video posted on Monday, she accused Khan of receiving money from an Australian company but did not specify the amount.

“Two companies registered in the US under the signatures of PTI Chairman Imran Khan for illegal funding from the USA. One Company registered in Australia with the title: Insaf Australia Inc.,” Reham Khan said in a tweet. She further commented that the monies received from the internationally incorporated companies were prohibited under law.

Reham Khan in her video made a multitude of accusations against PTI leadership, asserting them to be involved in the transaction of illegal money to Pakistan. Adding that, PTI leadership is subjected to moral corruption for hiding accounts in ECP.

She asserted that PTI has declared only eight accounts in the Election Commission of Pakistan against 23 accounts, the rest of them are hidden. She added that the discovered fake accounts of PTI showed billions of money deposited in them, the money dealing done in foreign currency. She, however, did not quote the amount of money hoarded in these accounts.

She asserted that Akbar S Babar has accused that besides a registered account of PTI UK, there are two hidden functional accounts of PTI at Lloyds Bank London, which are used for transmitting millions of money in Pakistan to PTI leadership.

She mentioned the name of Akbar S Babar who has moved the petitions against PTI in a foreign funding case. She, however, asked people to investigate themselves if they don’t believe her. The social media users, however, denied her allegations in the video, accusing her of being the pawn of PML-N and Khan’s foe.

If money is transfered from UK bank as you claimed than this bank @LloydsBankBiz @AskLloydsBank take the liability & thts not called money laundering and if any wrong doing happened than @metpoliceuk shall put you in jail too as you hide the information from them.— Jeeo (STAY HOME SAVE LIVES) (@Jeeonkhan) October 14, 2019

Reham Khan, the staunchest critic of Imran Khan, has unabatedly bashed him on several occasions.

Recently, she accused him of selling Kashmir to India. She alleged him of reaching a compromise with PM Narendra Modi on Kashmir in the name of a ‘Kashmir deal’. She slammed PM Khan for a sluggish and indecisive response on Kashmir as a move to please the Indian government. Reham Khan asserted that PM Khan did nothing to thwart PM Modi’s predicted move of revoking Article 370 and 35-A.

Earlier in her article for an international outlet, she drew a comparison of personalities between Britain’s new Prime Minister, Boris Johnson, and PM Imran Khan.

Reham Khan has held a scornful attitude towards Imran Khan ever since the dissolution of their 10-month union in 2017. She has even written a book with explosive allegations against Imran Khan on his personal life, moral conduct, and foreign funding.

Did PML-N win the by-polls?

Fake encounter by arm of the law: Rao Anwar released on bail