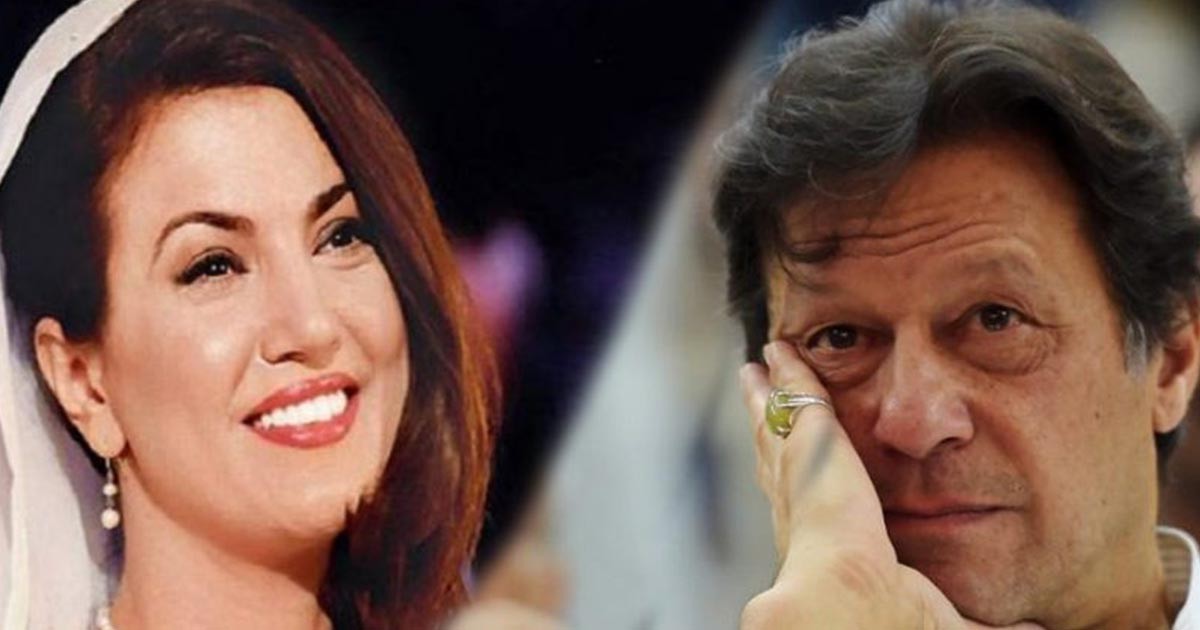 Former second wife of PM Khan accused him of reaching a compromise on Kashmir, in yet another attempt to malign him publicly. Her recent diatribe against PM Khan is the continuation of her scornful attitude towards him which began with her controversial autobiography titled ‘Reham Khan’ published last year just before the elections.

Reham Khan, the ex-wife of PM Khan, accused him of selling Kashmir to India. She alleged him of reaching a compromise with PM Narendra Modi on Kashmir in the name of a ‘Kashmir deal’. She slammed PM Khan for a sluggish and indecisive response on Kashmir as a move to please the Indian government. Reham Khan asserted that PM Khan did nothing to thwart PM Modi’s predicted move of revoking Article 370 and 35-A.

What did Reham Khan say?

“I would say that Kashmir ka Sauda ho Gaya hai (Kashmir has been sold off). We were taught from the beginning that ‘Kashmir Banega Pakistan’,” she said in the interview that has gone viral on social media.

Reham said she already knew PM Modi was aiming for it and the day (on Aug 5) the announcement regarding Article 370 was made, one of her team members called her up to say, ‘Ma’am what you said is coming true’.

Reham Khan detailed the similarities she figured out in between PM Khan and Boris Johnson. She stated that both the premiers have a history of two divorces, a love child, and infidelity.

“What did I tell you in August last year, what the deal would be on Kashmir?”

“When you knew this was going to happen, then why did you extend the hand of friendship (to Modi)? And why were you giving him missed calls?”

“And when you knew all this and did nothing, then it means that you are incapable of doing anything, or you are very weak,” she said.

Khan was invited on the show to speak about the Prime Minister’s official address on the Pulwama attack. Khan’s disappointing remarks against the premier and the armed forces on the show drew ire from the millions of Pakistan on Twitter.

Reham Khan stated that Imran Khan was waiting for the instructions to make a statement on the Pulwama attack. She said it was surprising for her that Imran Khan took that long to comments on the attack when he was highly active on Twitter and social media.

She objected that Imran Khan did not offer any condolence on the Pulwama terror attack and second the anchor’s opinion that Imran Khan in his speech brushed off the condolence aspect of the incident– that, according to her, describes him as a highly cold, heartless, and callous individual.

Reham Khan has held a scornful attitude towards Imran Khan ever since the dissolution of their 10-month union in 2017.

Reham further said that several militant organizations including Jaesh-e-Muhammad proactively supported him during the 2018 elections. Reham accused Imran Khan of making unpleasant compromises over his ideology and party agenda to reach here.

Maligning him of Sexual Misconduct

Ever since their separation, Reham Khan has several times initiated diatribes against PM Khan, slamming him for rigging in polls and sexual misconduct.

Reham Khan has held a scornful attitude towards Imran Khan ever since the dissolution of their 10-month union in 2017. Reham is disillusioned with the selection of Boris Johnson as the UK’s Prime Minister, replacing Theresa May.

Pakistan foils India’s attempt to get it blacklisted by FATF