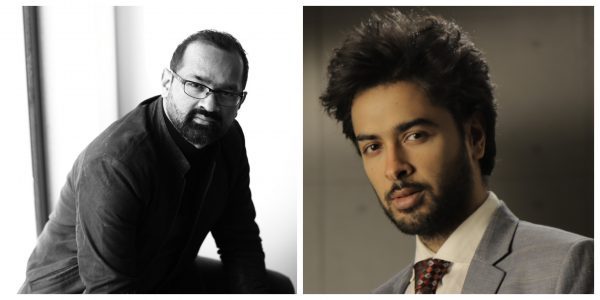 “I was offered movies earlier, but didn’t do those,” says Shehzad. “We had been trying other projects, but those didn’t work out. Anwar Sahib’s project [Shehzad announced in 2015 that he was going to act in a film whose script was being penned by Anwar Maqsood] was something that we had to do. It’s a great script. But this [Alif Noon] is something we want to do right now.”

Shehzad Roy informed that the makers of the movie have obtained copyrights from the PTV. The said characters are spending time with the wife of scriptwriter and Allan of the original series, the late Kamal Ahmed Rizvi.

“Her name is Ishrat Jahan,” relates Shehzad. “She gave us many copies of a book which Kamal Sahib wrote. It’s not available in the market. We’re planning to give them out at the premiere so people can have access to it. She’s also writing a book herself.”

Regarding the story and script of the movie, Shehzad Roy stated, “Whole new story, but the chemistry between the characters, the content is going to be similar”.

“Because our issues have changed [since the original Alif Noon series was on air], there’s [advancements in] technology, the world has changed etc. The same way earlier installments of Mission Impossible were different vs now, “added Roy.

“My look will be changed. Totally! It won’t be the Purana Alif Noon look, this will be completely different. This is the 2019 version of Allan, so he’ll be a little fit. You’ll see a few tattoos on Nanha as well. For Nanha (originally essayed by the portly Rafi Khawar), Faisal is planning to gain some weight as well”, informed Shehzad Roy in conclusion.

Previous articleTough times for TLP: Hundreds of workers arrested
Next articleBureaucracy: Between whims and rules

25 September 2021
Previous articleTough times for TLP: Hundreds of workers arrested
Next articleBureaucracy: Between whims and rules

“I was not in Israel”, Jemima Goldsmith to Ghinwa Bhutto