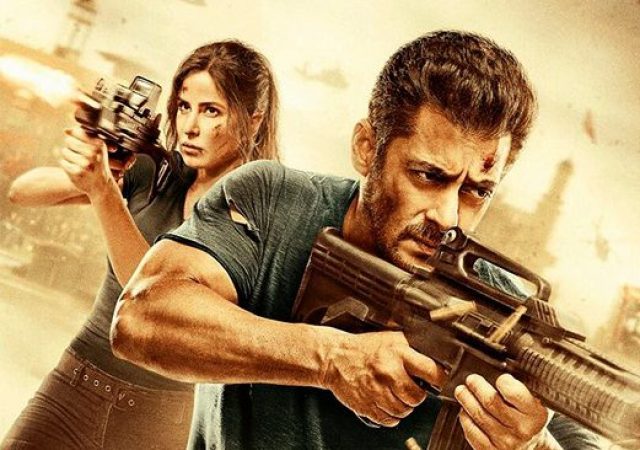 He further said: “It’s been such a pleasure filming here. I want to come back for my next film and then the other one,” he said. “You have the sea here. You have the desert here … You can shoot for any film here.”

The actor appreciated the efforts to support the film made by the Abu Dhabi government.

He said: “The support given by the government has been phenomenal … All of us, Katrina, myself, the whole crew and all the actors … have given our best because there is nothing to worry about, all was taken care of.”

Read more: Ranveer Singh will rap in his next movie “Gully Boy”

‘Tiger Zinda Hai’ is the second installment of the series and depicts the real-life event of 25 Indian nurses kidnapped in Iraq by an ISIS-style militant organization. Yash Raj Films and twofour54 left no stones unturned as they recreated Iraq in Abu Dhabi by building a 20,000-square-meter set on a backlot in the Khalifa Industrial Zone (KIZAD).

Also, the movie has cast an Iranian actor, Sajjad Delafrooz who plays an antagonist ferocious terrorist leader ‘Abu Usman’ in the movie.

About him, Salman said: “He is the deadliest villain I have faced in my career. You haven’t met a villain like this before. Cold, shrewd and fearless to die, our villain is a fanatic, which makes him even more dangerous than conventional villains that generally take on the hero.”

The film was shot in Abu Dhabi for 65 days with a 300-person international production team. It will be released in cinemas on Dec 21st, 2017. The movie has been banned from release in Pakistan by censor boards. Pakistan’s Ministry of Information and Broadcasting refused on the recommendation of the Central Board of Film Censors (CBFC).

A press release issued stated that “As per synopsis, reviews and trailers of the film available in media, our national security and law enforcement institutions, agencies, individuals and certain state symbols are being shown in a demeaning manner in the said feature film, on which we have a ‘no-compromise policy’,” CBFC’s chief Mobashir Hasan told IANS via social media from Islamabad. So far no efforts have been made by the makers to get the clearance in Pakistan.

Pakistan’s positivity rate of the COVID-19 is 22%, WHO

PIA sets record with one passenger onboard on Manchester flight

Soccer Bringing Gulf Together: KSA & UAE Playing in Qatar is a Step Forward