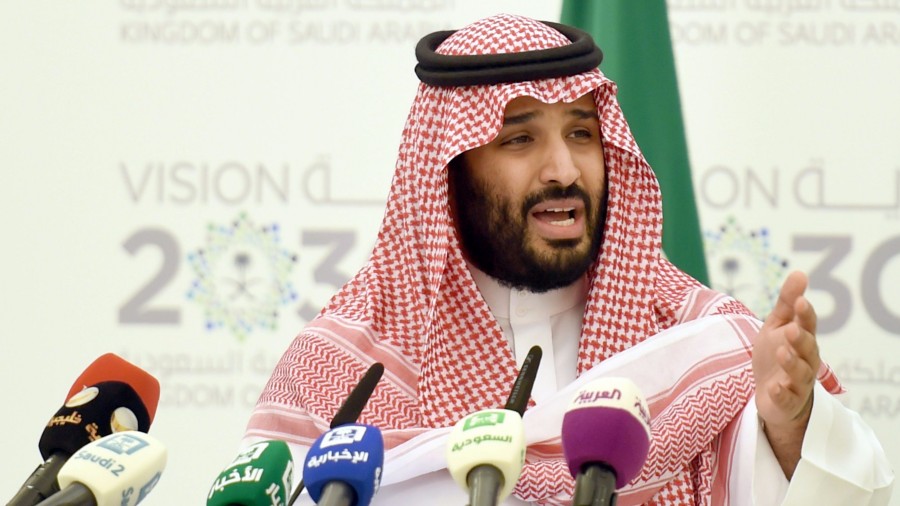 Nobody seems to believe Saudi Arabia’s official explanation that the extended gunfire that reportedly took place near the royal palace over the weekend was the result of a single toy drone straying over restricted airspace, with popular sentiment all over the internet being that this narrative is nothing more than a cover-up for either a terrorist attack or a failed coup attempt.

In all likelihood, that’s probably the case, but it’s in Riyadh’s interests not to publicize what might have happened in order to not scare away international investors from Crown Prince Mohammed Bin Salman’s (MBS) ambitious “Vision 2030” socio-economic reform program. Seeing as how the authorities succeeded in containing the speculative events – whatever they truly were – to a small area outside the prying eyes of the populace, they were able to run with this “publicly plausible” excuse no matter how ridiculous it actually sounds.

It’s impossible at this point to know exactly what may have happened, but it there’s a high chance that it wasn’t what the government said, with the most likely scenarios being a terrorist attack or a failed coup attempt. Had it been the first-mentioned, however, then there wouldn’t be much of a reason to keep news about it suppressed because the armed forces’ swift and successful response could actually make its military look better than it already does after suffering so many defeats by the Houthis.

From the other side of this analysis, there are two distinct international forces that don’t want MBS to succeed, and these are interestingly Great Power rivals Iran and the US, though for completely different reasons that aren’t in any way related to one another.

That said, there’s also an argument that can be made about why no one should know about this if it happened because it could be exploited by the country’s homegrown (and up until recently, deliberately cultivated) Islamic extremists to assert the infowar narrative that the royal family is “haram” and must be overthrown just like what was last seriously attempted in 1979. Had what happened actually been a failed coup attempt possibly instigated on behalf of or through the active participation of members of the royal family against the “Red Prince”, then there’d be even more reason for Riyadh to keep it under wraps because of the potential that it could undermine international confidence in his government.

Read more: War between Saudi Arabia and Iran may happen in just 10-15…

Foreign “deep states” (permanent military, intelligence, and diplomatic bureaucracies) might already be aware of the truth, but once again, all that matters to MBS in this context is what possible “Vision 2030” investors think, and the most important ones that he’s aiming for are in the private sector. Even if it was a failed coup attempt, it ultimately didn’t succeed, which would imply that he and his own “deep state” will be carrying out swift retribution behind the scenes to ensure that it doesn’t happen again.

After all, his military and security services have already proven their loyalty to him last year in executing his mostly flawless “deep state” “anti-corruption” coup, during which time they could have easily turned against him or accepted what can be assumed were impressive bribes offered by the arrested royals to let them escape. They didn’t do this, and therefore demonstrated that not only do they support the Crown Prince, but that they may have even been the “brains” behind the sweeping operation in the first place and simply allowed MBS to be the public face of what happened for matters of mutual convenience. The military-intelligence axis of the Saudi “deep state” sees MBS and his “Vision 2030” as the Kingdom’s “last hope” amidst rising socio-economic pressures that are bound to explode in the next decade if radical action such as what the Crown Prince has been proposing isn’t undertaken.

Read more: Saudi Arabia must face lawsuits over 9/11: US Judge

From the other side of this analysis, there are two distinct international forces that don’t want MBS to succeed, and these are interestingly Great Power rivals Iran and the US, though for completely different reasons that aren’t in any way related to one another. The Islamic Republic has a deep hatred for the Wahhabi Kingdom due to the regional proxy war between the two that they’ve been fighting since 1979 per the US’ “Lead From Behind” encouragement for sectarian divide-and-rule ends, while America is extremely uncomfortable with Saudi Arabia’s rapid rapprochement with Russia and deepening Silk Road partnership with China, both of which it fears could move it closer to the “doomsday scenario” of transitioning from the petrodollar to the petroyuan.

It’s impossible at this point to know exactly what may have happened, but it there’s a high chance that it wasn’t what the government said, with the most likely scenarios being a terrorist attack or a failed coup attempt.

For these reasons, Iran and the US can be regarded as two of the most likely “suspects” that might have directly or indirectly advanced a speculative coup attempt scenario. That said, Saudi Arabia is entirely responsible for a large amount of its most destabilizing domestic factors, specifically its millions of Wahhabi followers who are now dead-set on retaining their rigid “traditions” and might see the “Vision 2030” socio-economic reforms as a “threat” to their “ideal” (dystopian) lifestyle, so the reader shouldn’t get any impressions that the author is only laying the blame for unrest in the Kingdom at Iran and America’s doorsteps.

MBS has done a lot to alienate many powerful members of his family, some of whom are suspected of having terrorist ties and could expectedly have a bone to pick with him after his latest “deep state” coup against his “fellow” royals, so there’s an entirely believable and self-sustaining scenario of “conspiratorial” unrest that might unfolded in sparking the latest conjectural events independently of any foreign factors.

Read more: Saudi Arabia ready to raise oil supply after US pullout from…

At the end of the day, nobody can really know for sure whether Saudi Arabia’s drone scare was for real or if it was just a clumsy cover story for a failed terrorist attack or coup attempt, but it’s natural to speculate about the most probable cause of the extended gunfire that was reported after it clearly didn’t confirm to what are presumably highly trained marksmen shooting down a single flying toy.

The Saudis are understandably jumpy after so many Houthi missile strikes against their capital, but this obviously wasn’t one of those either, and while it’s indeed possible that the toy drone story might have been what really happened, it’s almost silly to countenance it given the absolutely disproportionate response that the armed forces gave to it. That’s why it’s more likely that the truth of the matter is that either a terrorist attack or coup attempt was thwarted, with the second-mentioned possibility being more probable.

Andrew Korybko is a political analyst, journalist and a regular contributor to several online journals, as well as a member of the expert council for the Institute of Strategic Studies and Predictions at the People’s Friendship University of Russia. He specializes in Russian affairs and geopolitics, specifically the US strategy in Eurasia. The views expressed in this article are authors own and do not necessarily reflect the Global Village Space’s editorial policy.

Another setback for US in the neo Middle East

Will Lebanon pay the price of Saudi Intervention?