India and the Kingdom of Saudi Arabia have joined hands to increase maritime security in the Western and Southern Indian Ocean region in a bid to secure sensitive shipping routes. The two countries will conduct their first-ever naval exercises in March 2020. 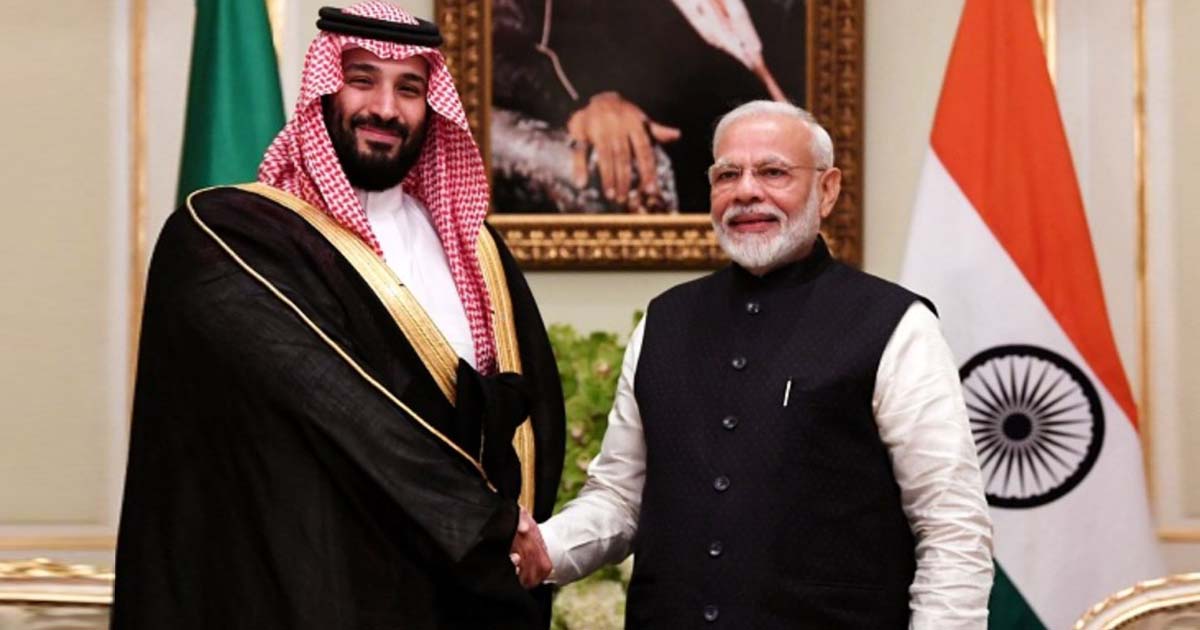 In the backdrop of growing political ambiguities in the Gulf region, India joined forces with the Kingdom of Saudi Arabia and France to secure shipping routes across the Western and Southern Indian Ocean.

Earlier in August, the Indian Navy was seen hastily steering its warships and aircraft to the Persian Gulf to launch maritime security operations during the escalated tensions between the United States and Iran.

New Delhi has now announced its decision to conduct the first-ever naval exercise with the Kingdom of Saudi Arabia, scheduled for March 2020, in a bid to deepen their maritime cooperation and increase their strength in the western Indian Ocean.

It is pertinent to note that the western expanse of the Indian Ocean holds some of the most sensitive and strategic shipping routes, including the Gulf of Oman, the Persian Gulf, the Arabian Sea, and the Gulf of Aden and the Red Sea.

India and the Kingdom of Saudi Arabia will conduct their first-ever joint naval exercises during the first week of March 2020. Indian officials announced the news as the Indian Prime Minister Narendra Modi’s two-day official to Riyadh came to an end.

The Indian official stated, “Saudi Arabia is keen on collaborating with India in the Red Sea or the Indian Ocean at large.”

The two nations have also agreed upon collaborating with other Indian Ocean Rim Countries to boost maritime security. India and Saudi Arabia have signed an agreement for setting up a Strategic Partnership Council (SPC). After the United Kingdom, China and France, India is the fourth country to forge such a strategic partnership with the Kingdom of Saudi Arabia.

Earlier, Emmanuel Macron, the French President, announced the decision to deploy a patrol aircraft from the Indian Navy at Reunion to undertake surveillance missions in the first quarter of 2020 during his first Presidential tour of the French overseas territories.

In October, India signed a defence cooperation agreement with Comoros, situated at the entrance of the Mozambique Channel. Under this agreement, New Delhi provided Comoros $2 million worth of interceptor boats, and extended a line of credit worth $20 million to allow the country to procure high-speed interceptor boats.

Since September, the drone attacks on Saudi Aramco facilities have resulted in a sharp increase in crude oil prices, which have increased the costs for Indian refineries, prompting New Delhi to pursue other countries, including Russia, to obtain unhindered supplies of fuel to smoothly fulfil its industry requirements.

The drone strikes that targeted KSA’s oil processing facilities temporarily depleted the country’s oil production outputs in half. Saudi Aramco has announced that it will not be able to fully restore oil production until November. The drone strikes were claimed by the Houthi insurgency of Yemen, however, Saudi Arabia and the United States have levelled the blame on Iran, while Tehran has vehemently denied any involvement.

One more RAW-backed network exposed: What should Pakistan do now?

Will al-Qaeda get habitation and a name in Jammu and Kashmir?