Shabana Azmi believes war is not an option between India- Pakistan 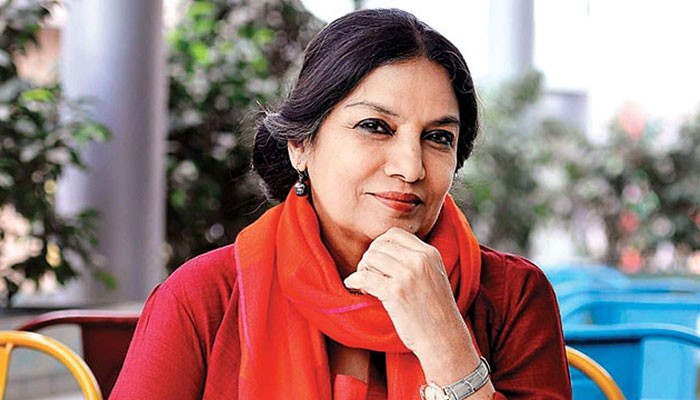 Bollywood veteran actress Shabana Azmi said that war between India and Pakistan should not happen.

“War is not an option. The relationship between the citizens of Pakistan and India needs to remain interactive. We need to converse and exchange ideas and thoughts,” she said during a discussion event named ‘Baithak’ on Tuesday.

“During cricket match between Pakistan and India, people start behaving like rivals and discriminate against each other. So, that time film is the medium through which the feeling of love can be generated among the people of India and Pakistan through artists’ performances.”

Moreover, movies dissipating the message of peace and harmony must be produced. She stated, “More films should be made through which message of love and peace is imparted, and there should be a joint collaboration between the nations.”

Previously, late Indian actor Om Puri in his last interview vouched for peace between the two countries. Om Puri was a part of Fahd Mustafa’s Actor-in-Law. Similarly, Tapsee Pannu the ‘Mulk’ actor also asserted that India is a peaceful country that respects the values of secularization.

She asserted “In India, people called me anti-national for my performance in ‘Mulk’, but after the release of the film, people appreciated me. I am a proud Indian and it is a proud Indian film.” The actors and celebrities from both sides of the borders have been promoting the message of peace through their work, statements, and comments.

Read more: Why is Kangana Ranaut refusing to sign the petition to protect…

While several Bollywood celebrities vouch for stable and peaceful relations between the countries they are unfortunately tight-lipped over the ban imposed on Pakistani celebrities performing and working in Bollywood. Surprisingly, scores of celebrities have endorsed the ban initiated by the Hindutva followers and are particularly powerless to object to the hostile behavior shown towards Pakistani celebrities, singers, and actors in India.

Scarlett Johansson pulls out of film over trans casting furor

Why British minister Priti Patel had to resign?