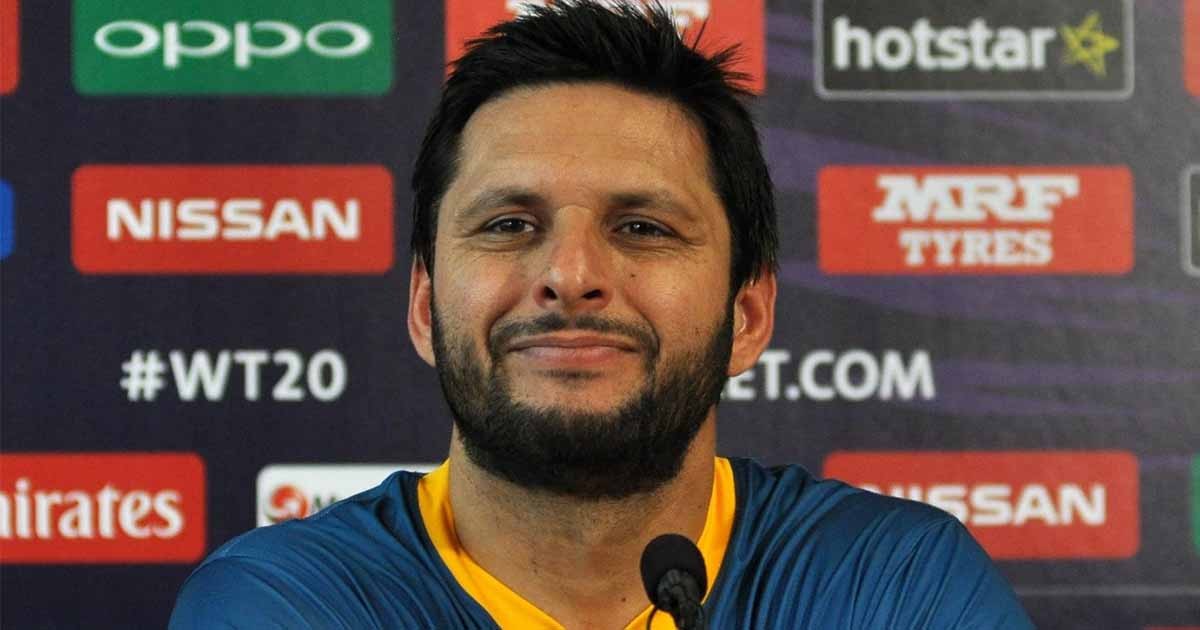 A fiery campaign against Shahid Afridi began on India’s Twitter after he slammed India for atrocities in Jammu Kashmir.
Shahid Afridi recently visited Azad Kashmir to distribute ration among the people. During his short address, he expressed solidarity with the people of Kashmir. He said that he hopes Jammu Kashmir will gain its freedom soon. Adding that Prime Minister Narendra Modi has intensified atrocities in the valley in the past few months. He says bigotry and religious intolerance have gripped Narendra Modi.

What did Shahid Afridi say?

Shahid Afridi said that the Indian state is using religion for its divisive politics in India. In a related video, Shahid Afridi said Pakistan’s state brought UNO’s mission to Pakistan to give them the evidence of violations of the ceasefire by Indian forces on LOC. He added that Pakistan has given proof to the international community on Indian forces targeting the civilian population in Azad Kashmir.

pic.twitter.com/S05AzgnLkh
Do you know :#ShahidAfridi has the highest strike rate against India !
And Now He Is Trending In India😎😎😎Sada Shair😍— سویرااشرف🇵🇰 (@IamSawairaKhan) May 18, 2020

In his short impassioned speech, Shahid Afridi recalled the mini aerial combat between India and Pakistan last year. He said Pakistan is a peaceful nation but they also know how to respond to uncalled aggression. He said Pakistani forces shot down the Indian jets, captured their pilot, served him tea. They also returned him to his home country. With the return of wing commander Abhinandan Varthaman, Pakistan showed its desire for peace.

Shahid Afridi "We even brought down their 'choozay' from the air, gave them tea and then sent them back to their country with respect" 😂#ShahidAfridi pic.twitter.com/lfvpAeVWuB

Hence, the vehement speech of Shahid Afridi on Kashmir soon went viral on India’s social media that spawned vitriol against the Pakistani cricketer. While Shahid Afridi’s comments have irked Indian at large the cricketing fraternity of India has given out intense reactions. Indian cricketers including Harbhajan Singh, Yuvraj Singh, Shikar Dhawan, Gautam Gambhir, sports commentator Harsha Bhogle have reacted to the controversy.

Yuvraj Singh and Harbhajan Singh called out Shahid Afridi for disrespecting Narendra Modi. Earlier, these two cricketers were under fire for supporting the charity organization of Shahid Afridi when the coronavirus lockdown began in India and Pakistan.

Like @harbhajan_singh, @YUVSTRONG12 has succumbed to the pressure of the RSS goons.

Shame, as both appear to be great people.

Imagine living in a society where critical opinion is deemed treacherous.

They both cancelled Shahid Afridi and pledged never to collaborate with Shahid Afridi. Meanwhile, his arch-rival Gautam Gambhir also slammed him.

The disgruntled Gautam Gambhir in his aggressive tweet reminded Pakistan of the creation of Bangladesh. In his chest-thumping assertion, he said Pakistan will not get Kashmir till the judgment day. Moreover, he disrespected COAS Bajwa, PM Imran Khan, and Shahid Afridi in a tweet.

Both the cricketers share a history of the war of words on social media. From politics to careers, they have traded unpleasant remarks on social media often. Earlier, Gautam Gambhir cussed cricketer Shahid Afridi in a fit of rage in his latest tweet. He said that Afridi does not remember his age how can he remember his opponent’s records.

Gambhir’s criticism came in response to an excerpt from Shahid Afridi’s book ‘Game Changer’. But Gambhir’s aggressive reaction against Shahid Afridi seems uncalled for because the book had been published a year ago.

Often Gautam Gambhir hits back Shahid Afridi for the latter’s support for the Kashmir issue.

Shahid Afridi’s Support for Kashmir Cause

Afridi had earlier said that it does not take a religious belief to feel the agony of Kashmiris. Just the right heart at the right place.”Save Kashmir,” Afridi said in a tweet on Friday.

Shahid Afridi has been vocal on the Kashmir issue, calling on for its resolution. Also, the cricketer condemned the indiscriminate killings in Kashmir. He criticized the state of India for its atrocities in the IOK. He has several times demanded the right of self-determination and freedom for the people of Jammu Kashmir. But, Afridi has remained under the radar of criticism from Indian media for raising the issue at various international forums.

Last year, Shahid Afridi hailed PM Khan’s offer of dialogue to India with the intent to reinstate and stabilize peace between the two countries. In a tweet, the former skipper asserted, “I support Imran Bhai! I have always maintained the same. Justice must be delivered; Kashmiris must get to decide their future.”