Sheikh Rashid claims next few months to be critical for Pakistan

As opposition leaders are being freed by the courts, there is growing perception that a deal has been signed. Sheikh Rasheed offers interesting insights. 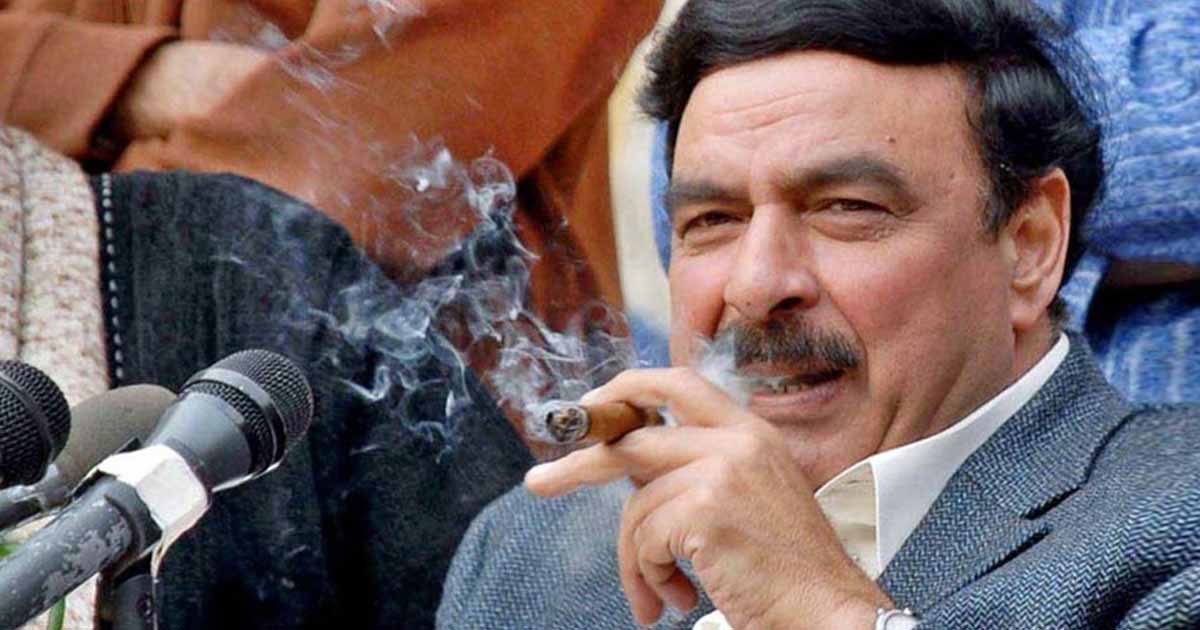 Federal Minister for Railways Sheikh Rashid on Wednesday said that the next few months were critical in the country’s political atmosphere. It is worth noting that Maryam Nawaz’s request for the removal of her name from the ECL has been declined by the federal cabinet, former President Asif Ali Zardari, Rana Sana Ullah, and Faryal Talpur have been granted bails. PML-N’s Ahsan Iqbal has also been arrested by the National Accountability Bureau (NAB).

Political commentators are mulling over the possible future implications of these developments. There is a widely held perception that opposition may have reached an ‘agreement’ or ‘understanding’ with opposition. However, such claims could not be independently verified.

Addressing an event in Rawalpindi, the railway minister said the voter registration of Muslims in India has been challenged today as they are deprived of their documents. The Muslims of India are now looking towards Pakistan, he added.

Read more: Has Nawaz Sharif finally signed a deal with the establishment?

He claimed that India could increase border tensions with Pakistan amid such a situation, however, our armed forces are completely ready to deal with any misadventure and the nation should also be prepared. Indian forces have installed missiles alongside Kashmir border, he said. “Millions of Muslims took to the streets around the world for getting freedom, whereas, these people [Pakistan People’s Party (PPP) leadership] are heading to hold a public gathering here in Rawalpindi.”

He also talked about the primer’s efforts to bring back the looted money. “[Prime Minister] Imran Khan will bring back the looted money of the nationals at any cost. I sought permission from PM Khan for raising some points but it was not granted. The coming months are very important for national politics and Imran Khan will take control over the situation. PM Khan is not going anywhere but their [opposition leaders] political reign has ended now.”

It is worth noting that the National Crime Agency (NCA) of the United Kingdom has agreed to a settlement worth £190 million with the family of property tycoon Malik Riaz. The news went viral across Pakistan and social media celebrated it for several reasons. “The £190 million settlement is the result of an investigation by the NCA into Malik Riaz Hussain, a Pakistani national, whose business is one of the biggest private-sector employers in Pakistan,” read a statement by the agency.

The NCA has agreed a £190m settlement with a family that owns large property developments in Pakistan and elsewhere after a frozen funds investigation.

The Assets Recovery Unit (ARU) also confirmed the development, saying that UK’s NCA had “agreed to an out of court settlement […] with a Pakistani family that owns large property developments in Pakistan and elsewhere”.

He further said, “The legal team will give any statement regarding the developments against Rana Sanaullah and Ahsan Iqbal. The decision regarding Maryam Nawaz was taken unanimously by the federal cabinet for not allowing her to go abroad.”

Read more: Pervez Musharraf cries of ‘Personal Vendetta’ at work in his case

While commenting over the special court’s verdict against Pervez Musharraf, Rashid said that no law allows dragging and hanging of a dead body. Recently a special court delivered a controversial and ‘ridiculous’ verdict in Musharraf’s case. “We direct the law enforcement agencies to strive their level best to apprehend the fugitive/convict and to ensure that the punishment is inflicted as per law and if found dead, his corpse be dragged to the D-Chowk, Islamabad, Pakistan and be hanged for 03 days,” wrote Chief Justice of Peshawar High Court, Waqar Ahmad Seth, while sentencing former military dictator, Pervez Musharraf, to death.

Initially, the government decided to file a reference against the judge who authored the verdict but now it looks undecided. It is yet to be seen how will the government deal with the existing and emerging crises?

Should Military Courts be given an extension?

An impressive debut: PM Abbasi ticked the right boxes in his trip to the US

How Come Maryam Nawaz is Going to London?