Sheikh Rashid is in a “Temporary Marriage” with my friend: Hareem Shah

TikTok star has stirred another controversy on social media after she released a couple of videos of interaction with Sheikh Rasheed. While the world think Sheikh Rasheed is unmarried, Hareem Shah claims he is temporarily married to one of her friends. 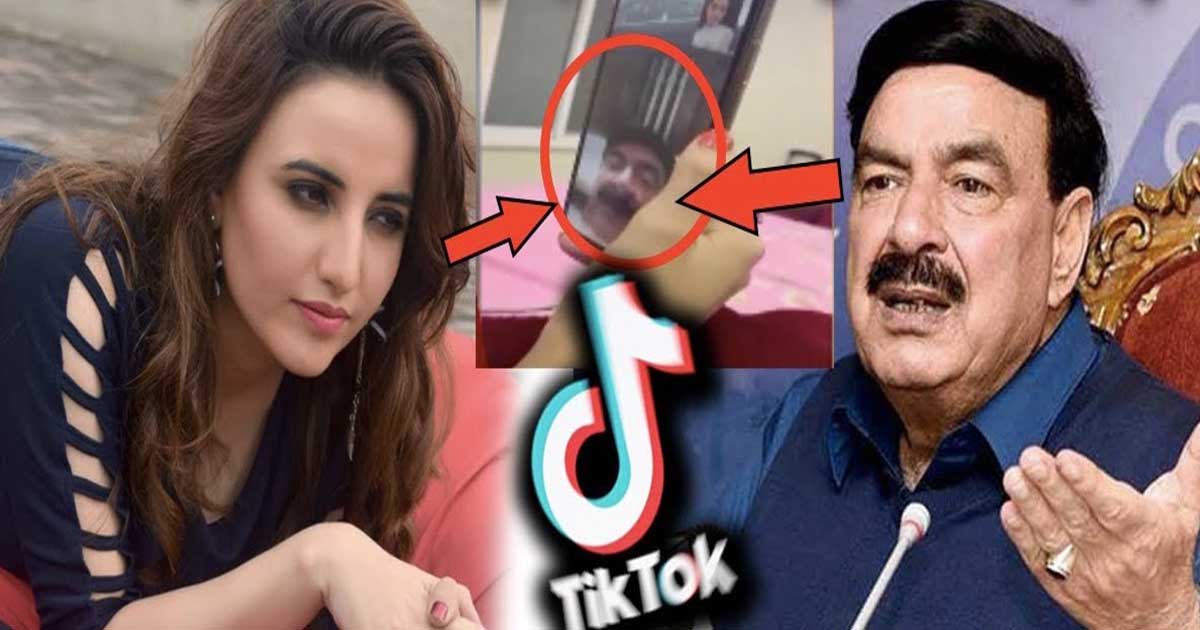 She added that Sheikh Rashid, as opposed to his claim, is married now. Shah asserted that not only did Rashid solemnize a Nikkah with one of her friends but also bought a car and house for her.

Hareem Shah’s controversial statements have sparked suspicions among Sheikh Rashid’s followers. The railway minister, however, is yet to comment on the controversy. The TikTok star also shared the videos of social media interactions with Sheikh Rashid. She leaked the videos purportedly to stir a controversy against Sheikh Rashid and back her claims.

The purpose of leaked videos by Hareem Shah is unclear but several social media users claim that Hareem Shah leaked these videos for fame.

This is not the first time Hareem Shah has stirred controversies with popular figures. Previously, her video of dancing with a PML-N leader went viral on social media. Then, her TikTok videos in Pakistan’s Foreign office had caused a frenzy on Twitter.

The videos of Hareem Shah in the Ministry of Foreign Affairs, Islamabad incited an uproar on social media. Shah was severely censured on social media for filming entertainment videos in a high-profile office.

In the videos going viral on social media, Shah can be seen walking in the committee room of the Ministry of Foreign Affairs. The Indian songs played in the background further fueled the anger among social media users. The internet has been up in arms, inducing tensions in the upper ranks of the government leading to a probe being ordered by Prime Minister Imran Khan in the matter.

Harden Shah reveals about Nikah of Sheikh Rasheed . This video was deleted soon after it was posted. I recorded all the video posting all the clips 1/5#HareemShah #SheikhRasheed pic.twitter.com/5vfD65Cqxd

A score of social media users not only slammed Tik Tok star but also the security at the heavily guarded public building. Shah roaming freely in the MOF was dubbed as a serious breach of rules, argued the social media users.

Read more: How did she get in? PM Khan orders investigation into Tik Tok videos at MOFA

Moreover, the TikTok star released her controversial videos of online chat with cricketer Shaheen Afridi on social media. So far, no action has been taken by the authorities against Hareem Shah.