Shoaib Akhtar wants Salman Khan to play him in a biopic 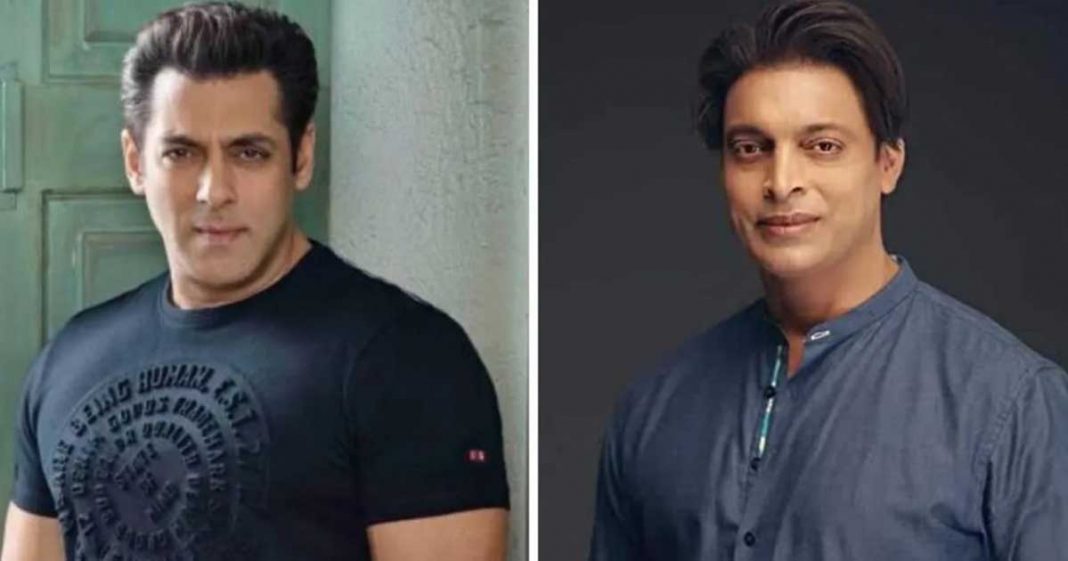 “I really enjoyed my time with Salman Khan in Dubai. Great work is being done by his Being Human foundation,” wrote Shoaib Akhtar.

In 2018, he regretted the imprisonment of Salman Khan in a blackbuck poaching case.

Shoaib Akhtar "If ever my biopic is made, I want Salman Khan to play the lead in it"— Saj Sadiq (@Saj_PakPassion) May 4, 2020

He said, “Really sad to see my friend Salman Khan sentenced for five years, but the law must take its course and we got to respect the decision of the honourable court of India.”

This is not the first time, Shoaib Akhtar has expressed his wish for Salman Khan to play him in a biopic. Back in 2016, he expressed the same wish in an interview.

He said it is “Up to his fans and filmmakers to decide whether a film based on his life should be made or not. But he would want Salman Khan to play his role in the biopic.”

The former pacer’s comments have ensued a debate on social media. His fans weighed in on his statement. As they discussed how physically fit Salman Khan is to play the role of cricket athlete like Shoaib Akhtar because the cricketer is known for his pace and unmatched speed social media users wonder if Salman Khan will run as fast as Shoaib Akhtar.

Salman Khan will be very unfit for the role. Can't run, jump and deliver like Shoaib.— Zeeshan (@zeeshanali38) May 4, 2020

A celebrity since the beginning of his career, he has mastered the art of remaining in the news. He is recently in a tussle with Pakistan Sports Board. He slammed PCB, its legal board, and Taffazul Rizvi on banning Umar Akmal for three years.

“Let me tell you one thing,” Akhtar said in a video uploaded on the former pacer’s YouTube channel on Tuesday. “PCB’s legal department is extremely incapable and substandard.”

In a statement issued today, the PCB said: “The language used by Shoaib Akhtar was highly inappropriate and disrespectful, and cannot be condoned in any civilized society.”

PCB has issued a defamation notice to Shoaib Akhtar. In Rs.100 million defamation notice. Rizvi highlighted legal charges against Shoaib Akhtar in the notice. Moreover, he demanded the cricketers to detract his statements. Also, tenders an unconditional apology and refrains from repeating and making further defamatory remarks against the lawyer.

Indian social media users mocked Shoaib Akhtar when Kapil Dev discarded his idea’. Meanwhile, they also laughed at him for asking 10,000 ventilators from India for Pakistan and posted obnoxious comments vilifying Pakistan as a terrorist country.

Shoaib Akhtar asserted that both the countries should come together to fight the pandemic coronavirus that is risking the lives of millions of people on both sides of the border. Both countries can equally distribute the money generated from these matches.

Iran’s resilience: The rise of a powerful Neo-Persian empire?

A tiny old fashioned “mutiny” by Indian sailors on a ship