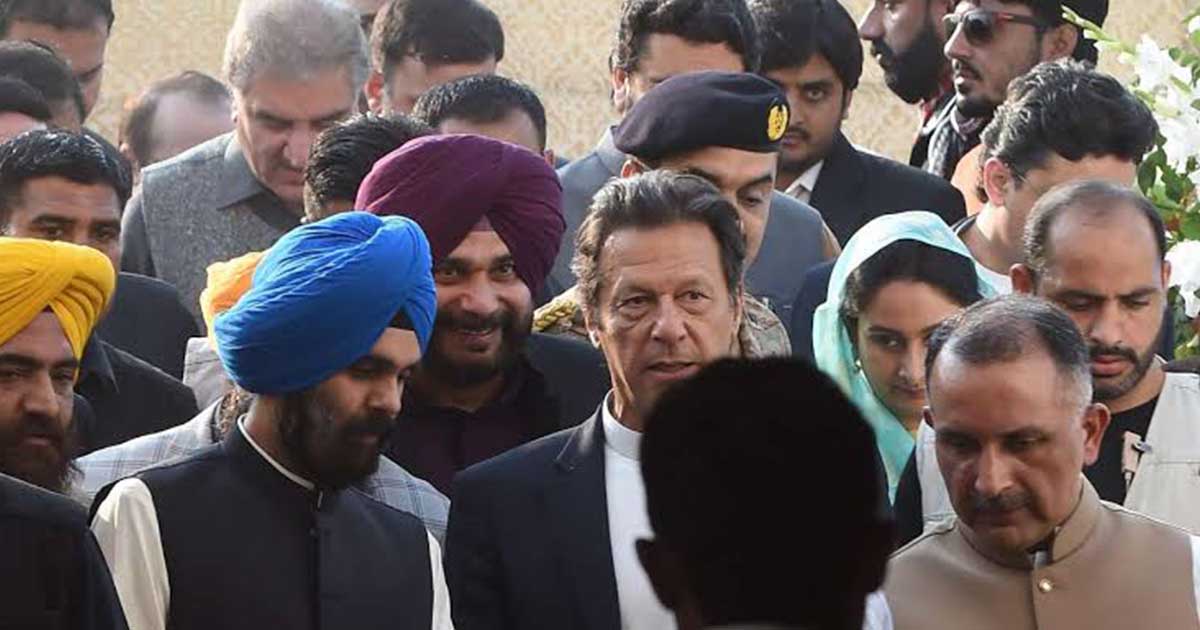 An Indian analyst Sudheendra Kulkarni shared the sentiments of the Sikh community on his Twitter account. He said Indian Sikhs asks him the Indian media’s disparaging behavior towards Imran Khan when he has led a historic project of Kartarpur Corridor between India and Pakistan.

But they asked, “Why are our TV channels blaming #Pakistan all the time? ⁦@ImranKhanPTI⁩ has made good arrangements.”
Good Q. pic.twitter.com/dpLpcLMHZw

Kulkarni tends to agree with the concerns of the Sikh community. “Why are our TV channels blaming #Pakistan all the time? ⁦@ImranKhanPTI⁩ has made good arrangements.” Good Q.”, wrote Kulkarni on his Twitter account with a picture of him enjoying ‘langar‘ set up by the Sikh community in his neighborhood.

The award recognized PM Khan’s remarkable initiative of ‘Kartarpur Corridor’, giving access to the Sikh community to visit their sacred sites in Pakistan primarily the Gurdwara Darbar Sahib in Kartapur, the second most sacred site for Sikh community.

Sikhs have appreciated arrangements made by Pakistan during visit to #KartarpurSahib unfortunately our media keeps mum on this and continues blaming #Pakistan all the https://t.co/Qbs7h3uk8e this rate hostility between us will never end !

It seems that Imran Khan’s vision of promoting religious tourism reaping benefits for Pakistan. The country’s image is undergoing an overhaul transformation globally. From being cornered as a ‘terrorist state’ Pakistan is re-emerging as a peaceful nation globally. Even, US Acting Assistant Secretary of State South Asia, Alice Wells also welcomed the opening of the Kartarpur Corridor. She called it a ‘positive example’.

However, Imran Khan is passionate to further his vision of bolstering religious tourism in Pakistan. The recent visits of delegations of Buddhist Monks from Thailand and Korea testify Pakistan’s attempts to change the optics of how the world views Pakistan.

Pakistan is also making arrangements to welcome Hindu devotees to visit their sacred sites in Pakistan from all over the world. The authorities have given a nod to the Sharda Temple Corridor in Azad Kashmir for Hindu devotees.

The success of Kartarpur Corridor has enticed Pakistan to pursue its commitment towards other religious minorities in the country. Pakistan’s people-to-people diplomacy is hoped to strengthen Pakistan’s goal of spearheading peace in the region.

Constitutional Amendment Bill for fresh delimitations: from government’s actions to the opposition’s reactions

Is Marvi Memon next in line to ditch PML-N before the elections?

GVS exclusive interview with Imran Khan; his vision and his priorities