Solidarity from Iraq: “We want to breathe, too”

Iraqis have come out in support of the Black Lives Matter protests in the United States, and have offered advice for the American people on how best to protest. We Want to Breathe, too is also trending on Iraqi social media. 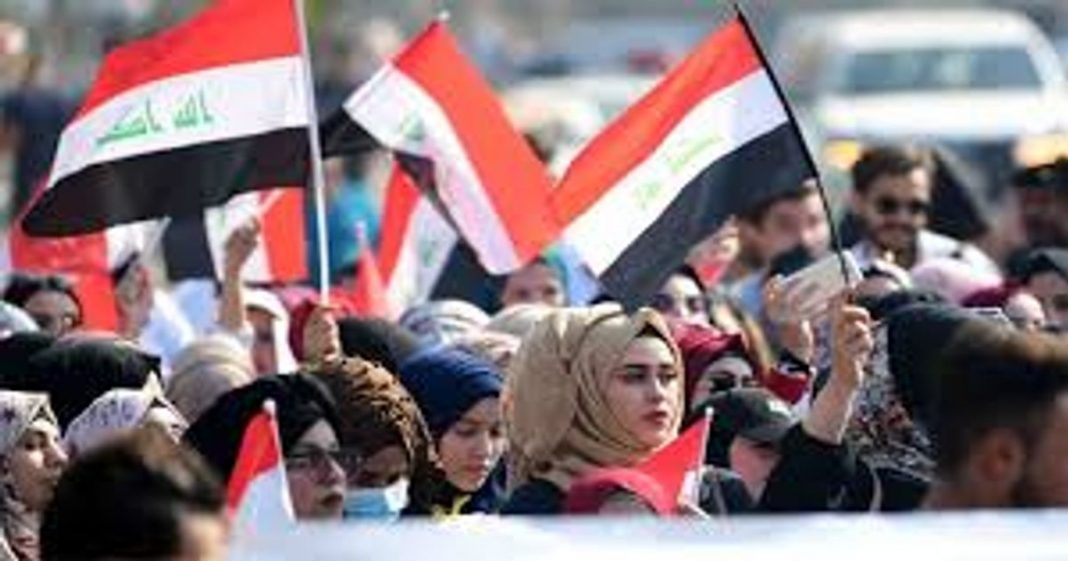 Seventeen years after US troops invaded their country and eight months since protests engulfed their cities, Iraqis are sending solidarity, warnings and advice to demonstrators across America. After having experienced the full brunt of the US military more than a decade ago, Iraqis are angered by the ongoing unrest in the US. The solidarity from Iraq is another instance of foreign support for the protests in the US.

Whether in Baghdad’s Tahrir Square or on Twitter, Iraqis are closely watching the unprecedented street protests sparked by the killing of George Floyd, an unarmed black man who died in Minneapolis as a police officer knelt on his neck.

Solidarity from Iraq amid protests in USA

“I think what the Americans are doing is brave and they should be angry, but rioting is not the solution,” said Yassin Alaa, a scrawny 20-year-old camped out in Tahrir.

Read more: US will act in ‘self-defense’ if attacked in Iraq – Pompeo

Only a few dozen Iraqis remain in tents in the capital’s main protest square, which just months ago saw security forces fire tear gas and live bullets at demonstrators, who shot back with rocks or occasionally Molotov cocktails.

Violence left more than 550 people dead, but virtually no one has been held accountable — mirroring a lack of accountability over deaths at the hands of security forces in the US, Iraqis say.

BAGHDAD – Seventeen years after US troops invaded their country and eight months since protests engulfed their cities, Iraqis are sending solidarity, warnings and advice to demonstrators across America. #BangkokPost #World https://t.co/UyrQTafHfS

“Don’t set anything on fire. Stay away from that, because the police will treat you with force right from the beginning and might react unpredictably,” Alaa told AFP.

And most importantly, he insisted, stick together.

“If blacks and whites were united and they threw racism away, the system can never stop them,” he said.

Solidarity from Iraq: fight against injustice the common denominator

Across their country, Iraqis spotted parallels between the roots of America’s protests and their own society.

“In the US it’s a race war, while here it’s a war of politics and religion,” said Haider Kareem, 31, who protested often in Tahrir and whose family lives in the US.

Read more: Iraq: Lull between US and Iran before the storm?

“But the one thing we have in common is the injustice we both suffer from,” he told AFP.

Iraq has its own history of racism, particularly against a minority of Afro-Iraqis in the south who trace their roots back to East Africa.

In 2013, leading Afro-Iraqi figure Jalal Thiyab was gunned down in the oil-rich city of Basra — but discrimination against the community is otherwise mostly non-violent.

“Here, we joke about dark skin but in America, being dark makes people think you’re a threat,” he said.

Solidarity is spreading online, too, with Iraqis tweaking their own protest chants and slogans to fit the US.

In one video, an elderly Iraqi is seen reciting a “hosa” or rhythmic chant, used to rally people into the streets last year and now adapted to an American context.

“This is a vow, this a vow! Texas won’t be quiet now,” he bellowed, before advising Americans to keep their rallies independent of foreign interference — mimicking a US government warning to Iraqis last year.

Others shared the hashtag “America Revolts.”

Another Arabic hashtag going viral in Iraq translates as “We want to breathe, too”, referring to Floyd’s last words.

US states have started ‘resembling Baghdad’ as protests escalate

Not all the comparisons have been uplifting, however.

The governor of Minnesota, the state in which Minneapolis is located, said the US street violence “was reminiscent of Mogadishu or Baghdad”.

And the troops briefly deployed by US President Donald Trump to quell unrest in Washington were from the 82nd Airborne — which had just returned from duty in Iraq.

Iraqis have fought back online, tweeting “Stop associating Baghdad with turmoil,” in response to comparisons with their homeland.

Others have used biting sarcasm.

In response to videos of crowds breaking into shops across US cities, Iraqis have dug up an infamous quote by ex-defence secretary Donald Rumsfeld.

“Lawlessness and looting is a natural consequence of the transition from dictatorship to a free country,” he said in response to a journalist’s question on widespread looting and chaos in Baghdad following the 2003 US-led invasion.

AFP - 17 September 2021
Beijing described the new Australia-US-Britain defense alliance as an "extremely irresponsible" threat to regional stability. However, Australia maintained that every country has the right to make decisions in their national interests for their defense arrangements.