Social changes sweeping Saudi Arabia have been embraced by many but Ibrahim, a middle-aged teacher, frowns as he rejects the "blistering and shocking" reforms that are breaking long-held taboos. 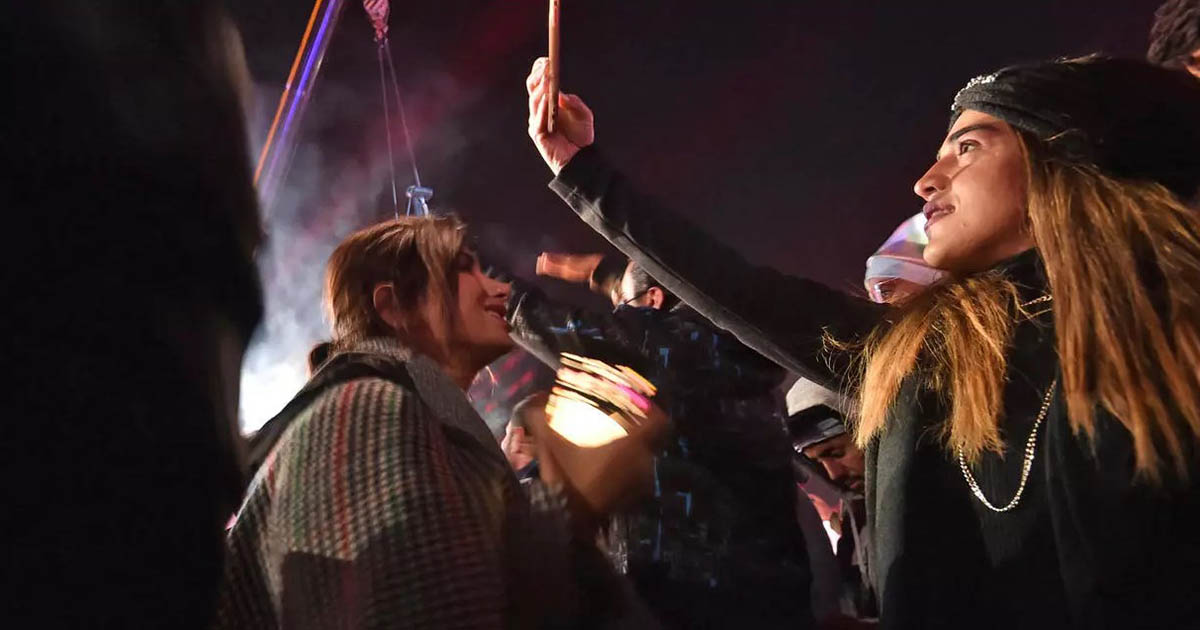 Social changes sweeping Saudi Arabia have been embraced by many but Ibrahim, a middle-aged teacher, frowns as he rejects the “blistering and shocking” reforms that are breaking long-held taboos.

Many steps have been taken under the reform drive. After a decades-old driving ban, King Salman issued a statement in September 2017 recognising the right of Saudi women to drive keeping with Shria, and in June 2018 the kingdom issued its first licenses to women. Earlier that year in 2018, women attended a sports event in Jeddah as Saudi Arabia lifted the ban on female presence in stadiums.

Cinemas were reopened after many years of closures on 18 April 2018 with the screening of Black Panther, noisy parties are permitted, and authorities turn a blind eye as shops remain open during prayers times — a grave offence in the past.

My latest from Riyadh: “The very idea that some women might cast off their abayas is causing uproar in Saudi Arabia as rapid social change puts old fault lines between the kingdom’s so-called liberals and conservatives under unprecedented stress.” https://t.co/3Uv4I0kENI pic.twitter.com/O7YzjC6HUU

The metamorphosis has been widely welcomed in a country with a large youth population, and endorsed by clerics perceived to be pro-government.

But some conservative Saudis beg to differ, even if they do so quietly for fear of punishment.

“Loud musical parties, mixing of the sexes and easing restrictions on the female dress code — these were all unthinkable just a few years ago and are not permissible in the home of the two holy mosques,” said Ibrahim, a 55-year old Arabic teacher.

“Of course, there was hidden moral degeneration in the country like all other countries. Now it has become public,” the bearded father of five told AFP, declining to use his full name due to the sensitivity of the issue.

He shook his head as two women walked past, their billowing traditional abaya cloaks worn unfastened and revealing skinny jeans underneath.

Along the boulevards of Riyadh and on restaurant terraces, men and women can now be seen socialising together, reflecting a quiet end to the ban on the mixing of the genders.

Foreign women are now, in theory, allowed to venture out without the black abaya and some pioneering Saudi women are daring to do the same.

“My problem is not with freedom. My problem is that it is freedom without restrictions and guidelines,” Ibrahim said as he walked out of a mosque in central Riyadh.

“I asked religious scholars and they said we have to obey the Almighty, the Prophet and the rulers. Therefore I accept the reality as they — the rulers — are responsible for us,” he said.

Given the reluctance to speak out against the crown prince’s vision for the country, which is aimed at bringing in investment and diversifying the oil-reliant economy, it is hard to know the extent of the pushback among ordinary people.

Even as the kingdom has forged ahead with the reforms, it has earned condemnation for a heavy-handed crackdown on dissidents including intellectuals, clerics and female activists.

A government official, speaking on condition of anonymity because he is not allowed to comment publicly, defended the reforms, saying they “are needed by the Saudis to feel they are leading a normal life.”

At the end of last year, Riyadh hosted the three-day MDL Beast, billed as the biggest party ever hosted by the conservative kingdom where hardliners have long opposed music shows.

Touted by some as Saudi Arabia’s Woodstock, international DJs blasted dance music as thousands partied in the open air for three days, including women — many of them unveiled and sporting glittery face paint.

“I refuse to allow my children to go to such parties. They asked me and I refused,” said one government employee, who declined to be named.

“I am not sure if they went without telling me. Everything has become possible these days,” said the father of four, including two girls.

This is insane. I never thought David Guetta would play in Riyadh. It’s hard to overstate the pace of social change in Saudi Arabia. https://t.co/Q8URP1BjdV

“The problem is not with the change. The problem is that it has not happened gradually. It has taken place so suddenly,” said the 47-year old man as he drank coffee at a cafe outside Riyadh.

Even among some young women, the transformation has been head-spinning.

“The openness happened in an unpleasant and shocking way and without preparation,” said Manar Sultan, a 21-year-old student dressed in the traditional abaya.

“We have moved from the extreme right to the extreme left in the blink of an eye,” she said at an amusement park in Riyadh.

Local media have published reports in the past few months of cars owned by women being set ablaze in several Saudi cities — some of the victims accused unidentified men of acting in protest over the lifting of the driving ban.

In a gesture appeared to be aimed at alleviating the fears of conservatives, Saudi authorities last month held 200 people, including dozens of women, and penalised them for wearing improper dress and other “moral” violations.

“There has been a giant change but things remains fragile and extremely delicate,” said one diplomat who has lived in Riyadh for the past six years.

“Many people support it and many others oppose it. The problem is if the two sides collide.”

MBS wants to kill the oil industry, Saudi will pay the price