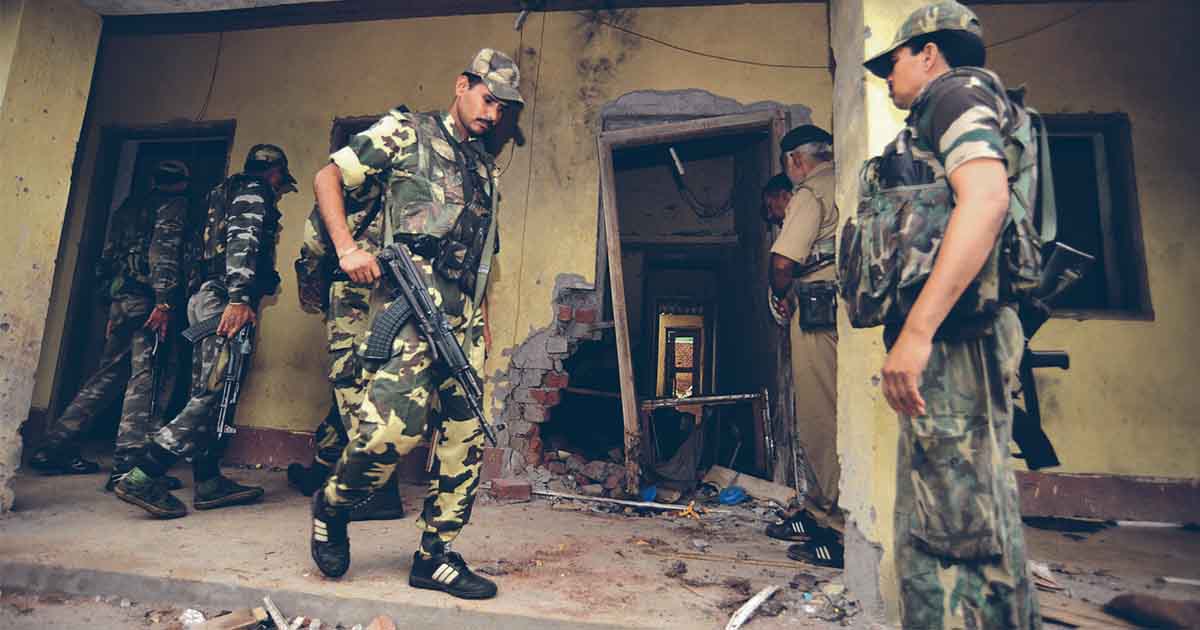 The Islamic State group’s self-proclaimed “caliphate” may have collapsed in the Middle East but Asia provides fertile territory for a resurrection, analysts say, as last month’s bloody Easter Sunday suicide attacks in Sri Lanka have shown.

Factors including poverty, discrimination, radicalisation via social media, weak governance, and poor gathering and sharing of intelligence mean the region is vulnerable to attacks by extremists operating under the IS banner — even if they aren’t directly supported by the group.

IS lost the last of its Middle East territory in late March but analysts warned the defeat would not kill off their ideology, and just weeks later the group claimed responsibility for one of the worst militant strikes on civilians in Asia. “The current status of the Islamic State cannot be gauged without an understanding that it is a global ideological movement, not a single organisational entity,” said analyst Scott Stewart in a new report for the US geopolitical intelligence group Stratfor.

The coordinated bombings on churches and luxury hotels in Sri Lanka claimed more than 250 lives, with the government blaming a local, little-known Islamist group, National Thowheeth Jama’ath (NTJ). Videos later emerged of the bombers pledging allegiance to IS. The country’s security agencies have faced heavy criticism for failing to act on warnings given by both its own Muslim community and Indian intelligence ahead of the blasts.

Additionally, the government has been locked for months in a political crisis, with President Maithripala Sirisena pitted against his own Prime Minister, Ranil Wikremesingha. “Local security officials had been given ample warning,” said Stratfor’s Stewart, adding “…there must be a serious accounting for how and why the warnings were not acted upon.”

Although two of the Sri Lanka bombers were brothers from a wealthy spice-trading family, analysts say it does not detract from the fact that poverty is often the driving force for increased militancy in other parts of Asia — including the southern Philippines.

Sidney Jones, director of the Institute for Policy Analysis of Conflict (IPAC), said religion alone couldn’t be blamed for the long-running insurrection on Mindanao island. “It is because it is poor and neglected and sees itself as having suffered discrimination,” she told AFP.

“That is a very potent set of factors that make people look to other ideologies (such as IS) that can come in as an alternative.” In both Bangladesh and Indonesia, traditionally moderate forms of Islam have been eroded by the influence of hardliners spreading their messages online.

Bangladesh was particularly vulnerable, said Mubashar Hasan, of the University of Oslo. “With increasing growth in internet subscribers and mobile phone subscriptions, more and more people are connected online and the bad ideas of IS may facilitate self-radicalisation,” he said.

“We need to remember, in the current scenario of militancy in the age of digitisation, one bad idea by one person could be fatal.” In Indonesia, IS last claimed credit for the 2018 Surabaya bombings on three churches and a police station that killed 13 people, but IPAC’s Jones said the group’s apparent demise in the Middle East doesn’t mean the threat has diminished. New threats come from cells which “by and large come together with little vetting, training, indoctrination, weapons or experience.

What they have in unlimited quantities is zeal and a desire for recognition,” Jones said in a recent report. “With a little imagination and better leadership, these pro-ISIS cells could do far greater damage,” she added.

Indonesia, the world’s most populous Muslim-majority country, was in the past criticised for having weak anti-terror laws that only allowed police to act after an attack, although authorities have now toughened legislation.

They include new powers to take action against hate speech and question militants on their return from Syria, said Taufik Andrie, a terrorism expert from the Jakarta-based Institute for International Peace-Building.

With the defeat of IS territory in the Middle East, many Asian countries are now on the lookout for nationals who joined their cause attempting to return home and continue the fight on the domestic front, although analysts say the numbers are small and many are already known to authorities.

The situation is different in Afghanistan, however, where a senior US intelligence official told AFP that the threat of “spectacular” attacks against America remained. “We know some have already made their way back here and are trying to transfer the knowledge, skills and experience they learned over there,” the official said.

On Monday, the militants’ elusive leader Abu Bakr al-Baghdadi resurfaced in a propaganda video, his first purported appearance since 2014. Referring to the setbacks in battle, he vowed fallen fighters will be avenged by their “brothers”. “In fact, the battle of Islam and its people against the Crusaders and their followers is a long battle,” he said.

Pakistan and India agree to abide by 2003 ceasefire