Sunny Deol: From Attacking Pakistan In Movies To Seeking Permission To Visit 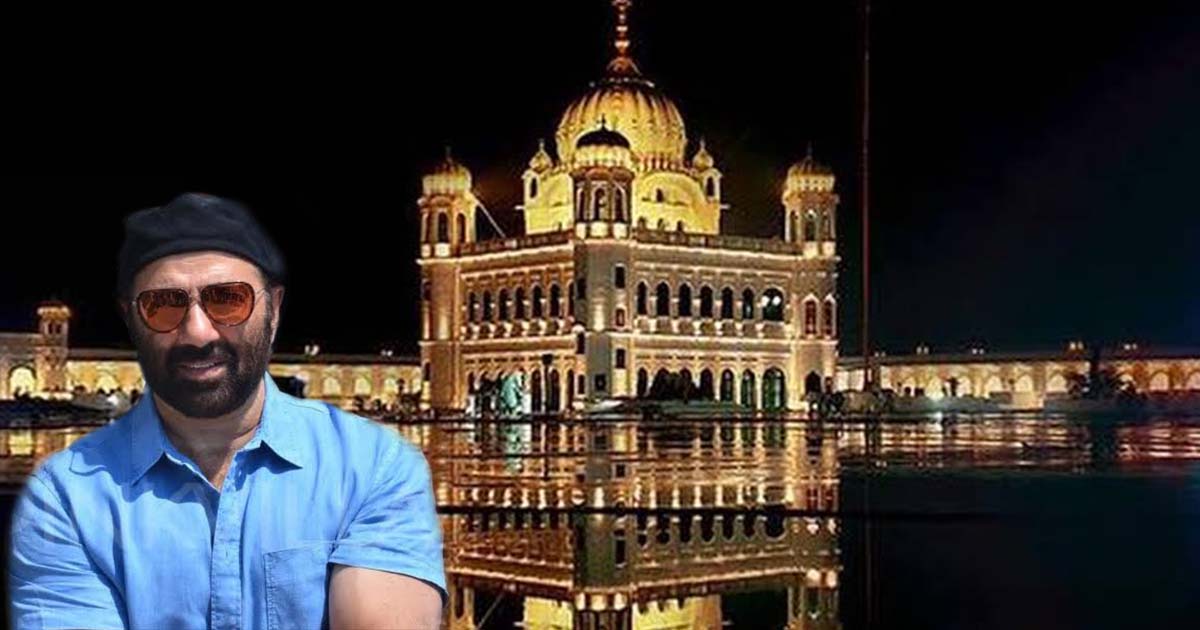 Bollywood celebrity Sunny Deol is expected to visit Pakistan for the inauguration of Kartarpur Corridor. He will reach Pakistan along with the first batch of pilgrims coming to Gurdwara Darbar Sahib, Kartarpur on November 9th, 2019.

His arrival to Pakistan has been confirmed by Chief Minister Punjab Captain Arminder Singh. Sunny Deol, is a BJP lawmaker from Gurdaspur who had sought permission from the leadership to travel to Pakistan. Besides him, former Indian Prime Minister Manmohan Singh and Congress legislator Navjoth Singh Sidhu are also accompanying the first batch of the Sikh pilgrims.

Punjab Chief Minister's Office (CMO): Gurdaspur MP, Sunny Deol (file pic) to also be a part of the official 'jatha' that will attend the inauguration of the #KartarpurCorridor, on 9th November. pic.twitter.com/2ZcH0cpAkv— ANI (@ANI) November 7, 2019

Moreover, BJP legislator Arminder Singh Badal, Harsimrat Kaur, and Union Ministers Hardeep Puri will be part of the first Jatha of Sikh pilgrims. India had sent a list of the 550-member jatha or delegation attending the November 9 event in Kartarpur, and presumes it stands confirmed by Pakistan, the ministry said.

“If I won’t go, who will? I’ll definitely go. It is my area and my home,” the BJP MP from Gurdaspur was quoted as saying by news agency ANI.

It is my area and my home, says actor @iamsunnydeol on attending Kartarpur corridor inauguration on November 9.https://t.co/lg6kSt0pTC— TIMES NOW (@TimesNow) November 8, 2019

Weeks after his election Sunny Deol had posted pictures on his social media reviewing the work progress of the corridor. Kartapur Corridor connected Dera Baba Nanak shrine in Gurdaspur, his constituency, to Gurdwara Darbar Sahib Kartarpur in Narowal, Pakistan.

“Today, met teams at Sri Kartarpur Sahib Corridor to review the progress of corridor work,” Sunny Deol tweeted.  Sunny Deol had won the elections in the constituency as BJP candidate defeating the Congress Party’s Sunil Jakhar with a margin of 82,459 votes. The Bollywood actor had commenced his election campaign after praying at Dera Baba Nanak shrine in Gurdaspur.

His visit to Pakistan will be surprising since he has appeared in several anti-Pakistan movies like Gadar, and Border. His appearance in anti-Pakistan movies attributed to his major downfall in his film career, since Pakistanis worldwide started boycotting Sunny Deol. The actor demonstrated harsh and extreme hateful sentiments against Pakistan in movies.

Sunny Deol Will Be in Pakistan Tomorrow to Attend the Kartarpur Inaugration https://t.co/46fy8IVcrw

His films fared poorly Overseas and over the time big banners started to turn away from the star. As a result, the actor who gave mega Blockbuster in 2001 faded out in just a couple of years and couldn’t find any big hit in his career.

Has PM Modi given a free hand to Armed Forces?