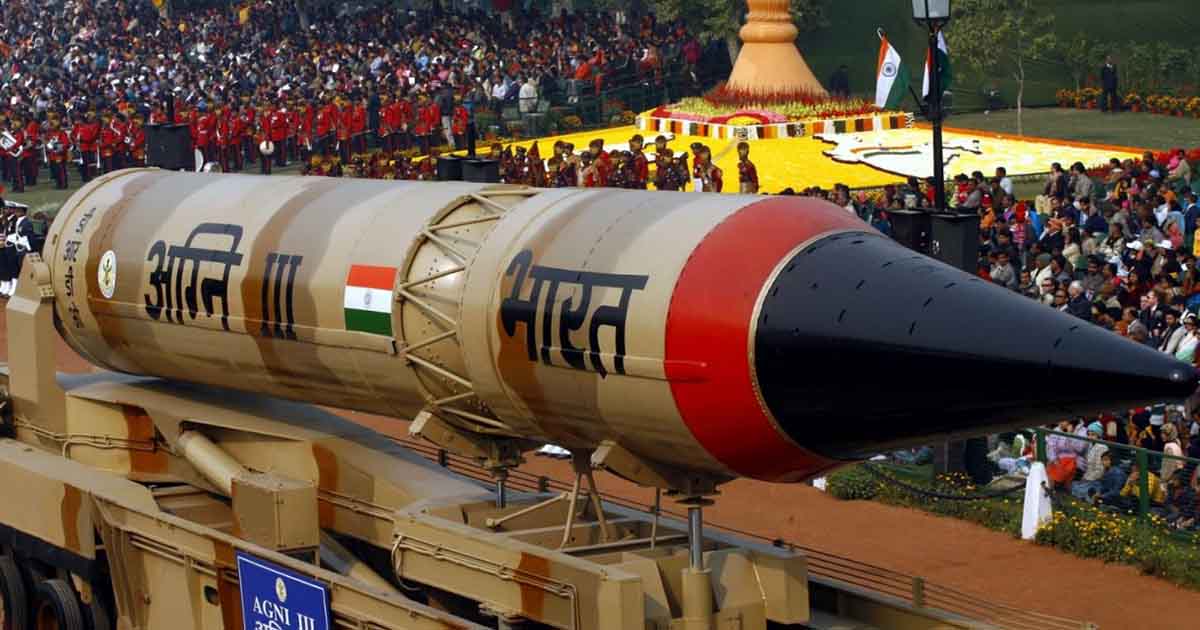 After 1945 it came to knowledge how nuclear weapons are the most destructive, lethal and powerful weapon on the planet earth, which can wipe out hundreds of thousands of people in a short span of time. That’s why global community, particularly the U.S. and Former Soviet Union, agreed on the formulation of stringent globally accepted principles to secure these destructive weapons.

India is the first country that brought nuclear weapons to South Asia by detonating a nuclear device back in 1974 and yet again in 1998. However, since then, safety and security of these weapons under the control of the violent Hindutva regime has considerably attracted much attention of scholars’.

Terrorism has become an increasing concern within international society, but so far there has been less focus on one particular aspect of the problem that is nuclear terrorism. Yet, within the context of South Asia this is of special significance, given the number of insurgencies and freedom struggles with transnational linkages, and the nuclearization of this region since 1998.

The scale of the programme aggravates the problems, as there are plans for the building of pressurized heavy water reactors, fast breeder reactors and thorium reactors on a commercial scale.

Of all the South Asian states, India’s nuclear facilities are perhaps the most vulnerable to nuclear terrorism, given India’s expansive nuclear programme, much of it not subjected to IAEA safeguards. In addition, the vulnerability of India’s nuclear facilities is further aggravated by its thriving underworld and more than a dozen insurgencies going on within the Indian states, as well as the freedom struggle in Indian Occupied Kashmir.

India’s nuclear programme has developed at an exceptionally fast pace. However, because of a few such facilities under international safeguards, there is little knowledge about the levels of safety of the various nuclear facilities. Of the ten operational power plants, only four are under IAEA safeguards.

According to an Indian parliamentary report, 147 mishaps or safety-related unusual occurrences were reported between the years 1995-1998 in Indian atomic energy plants. Of these, 28 were of an acute nature and 9 of these 28 occurred in the nuclear power installations.

Thus, the state of Indian nuclear facilities raises serious concerns as they seem vulnerable to a high probability of terrorist attacks, thefts, and accidents. The scale of the programme aggravates the problems, as there are plans for the building of pressurized heavy water reactors, fast breeder reactors and thorium reactors on a commercial scale.

Apart from the risk of falling of nuclear weapons and related technology in the hands of terrorists, if one looks at the leadership of India and try to analyse the factor of rationality in the decision making of using nuclear weapons, it clearly suggests that the current leadership i.e. BJP is not only hawkish in its nature but equally believes in use of force for political gains, which further leads us to the assumption that the nuclear decision making is equally occupied by the Hindu hardliners.

During the recent Pulwama Crisis, it has been learnt that BJP’s irresponsible behaviour should suffice for all Indians to understand that India will remain hyphenated with Pakistan for a foreseeable time. India planned to use Brahmos missile that could carry nuclear warhead. India’s behaviour clearly shows that nuclear weapons are in wrong hands. Because the yield and potential of the nuclear weapons are absolutely detrimental and possession of such weapons in wrong, less responsible and extremist hands is a threat for the entire world.

India initiated arms race in the region, and, it is leaving no stone unturned, e.g, advancements in sea-based nuclear capabilities and militarisation of space.

The only purpose of nuclear weapons is to acquire deterrence in order to avoid the possibility of war. But, India is showing the attitude that it will use these weapons for the purposes of war fighting, which is unacceptable to international community.

The track record of India in the field of nuclear weapons and related technology is much muddier. India initiated arms race in the region, and, it is leaving no stone unturned, e.g, advancements in sea-based nuclear capabilities and militarisation of space. Most importantly the recent ASAT test, which is in fact a compelling factor for neighbouring states to think in the same way in order to acquire comparable technologies for equalizing the defence capabilities, these alarming acts of India can bring the entire region at the verge of instability, which in fact could prove drastic for the peace of the entire globe, keeping in view the economic, natural resources, political and security factors of the region.

The time has come for the international community to break its silence and stop their patronage for India and take serious note and steps regarding the possession of nuclear weapons by India in relation to its aggressive and immature behaviour and mind-set of its leadership, which can lead entire globe to an unacceptable disaster. Since Kashmir is a flashpoint between both nuclear-armed states, it is only India which is triggering it by its continuous atrocities in Kashmir.

Read more: Pakistan and India in post-Pulwama scenario: Is the threat of War…

Most importantly, existence of ISIS in India is also a foremost point of concern, especially keeping in view the nuclear program of India, according to the recent development ISIS claimed for the first time that it has established a “province” in India, after a clash between militants and security forces in the contested Kashmir region killed a militant with alleged ties to the group.

Ali Raza is a visiting faculty member at Air University, Islamabad. He holds master’s degree in Strategic and Nuclear Studies (S&NS) from National Defense University, Islamabad. His area of research includes Strategic Stability, Arms control and disarmament and Non-Proliferation. His opinion articles appear in national and international newspapers, blogs and websites. He can be reached at razaali566@gmail.com. The views expressed in this article are the author’s own and do not necessarily reflect Global Village Space’s editorial policy.