The Muslims World has been caught up in a wild goose chase for decades with countries vying for control over the land. Corona, however, will most likely make new blocs in the region setting themselves up for uncertain times ahead. The rise of China is bound to rock decades of partnerships, likely changing the politics of the region as we know it. 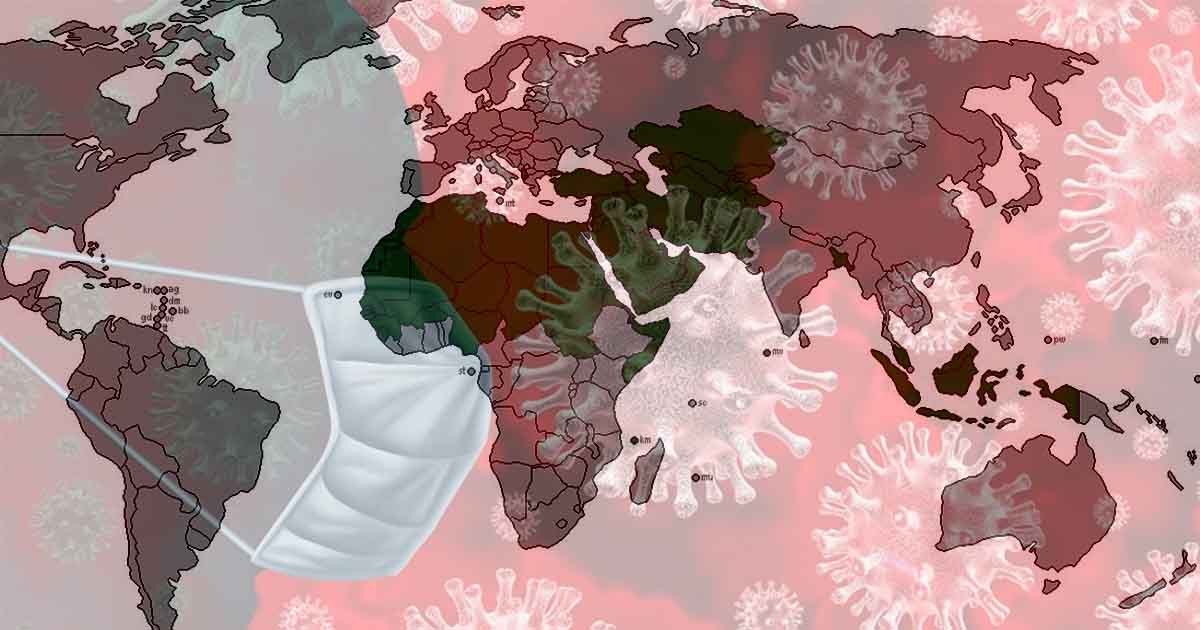 How would the Muslim bloc look like in the post-pandemic world is one of the many interesting equations emerging given the absolute uncertainty be setting everything at the moment worldwide.

The differences within the Muslim world are a product of the West’s unholy political scriptures that let materialistic individualism take precedence over Muslim collectivism. Political changes have further crept into economic strategies. The countries which were classified as poor emerged as strong and prosperous economies like in the Gulf region. The socioeconomic well-being came at a cost of proximity to the American power base of economics consequential of similar political reordering.

Countries in the Gulf, thriving in the economic realm, looked up to the Israeli base for defense apparatus, a country with which the Arab world had strong animosity before globalization. This transaction elevated the Israeli influence in the Gulf and the Middle East to an exponential extent and proved as a point of confluence of Israeli-Arab relations.

On the other hand, perhaps the strongest country in the Muslim bloc, Turkey, developed a kind of recession in diplomatic ties with the west over their unilateral decisions affecting global peace and order. The American conspiracy behind ousting Erdogan was the climax that did not hatch-in favorable results as postulated by the Pentagon and the West who both perceived Erdogan as an iron-fisted man.

The cooling down of the Turkish power center towards being less responsive to the American mechanics set a new version in the Turkish history and approach which resultantly granted critical positioning to Turkey within the Muslim countries.

Similarly, Iran underwent significant change and emerged as an influential country axing in the Middle East, especially after the fall of Baghdad and in the post-American semi-withdrawal from Iraq.

Saudi Arabia would mean a good chunk of the Middle East and the Gulf region. The Israeli connection is yet to show itself up as it will strive till the very thin end to keep the world away from escaping off its hands

The consequential cleansing of ISIS at the hands of Turkey, Iran and Russia not only established deep strategic relations amongst these countries, but also limited the global masters of Wars to limit their intentions by the triplets staging a power show for regional stability. The Iranian connection in the Middle East is however limited to affecting the strategic outlooks with mild political influence.

The Saudi connection is a perplexing one. Its increasing proximity with Israel is now an open secret where the house of Saud has expressed intentions into striking defense deals with Israel and also normalizing relations. The Saudi connection would mean a good number of Arab countries such as UAE and others who follow the Saudi scripts of the political following. The hold within this power base is also influenced by Washington.

Now when the center of gravity is shifting, the reordering of satellites has to follow. In this connection, to what end Turkey and Iran would lean and to what end the Arab world would incline will decide the prospective fate of the Muslim world. The Turkish story in the reading is very vigorous and it has exemplified its commitment to protecting the Muslim countries that fell prey to global hegemony in the past by aesthetics if not by actions at least.

The Turkish break away from the West came at the cost of their high handedness and brazen use of power to decide political interests. The Turkish influence is phenomenal and it is already well attuned to the Chinese rhyme and especially now when the world seems to be depending on the neighborhood, the Turkish connection would expand to subscribe to the Chinese version of global ordering.

The Iranian element is also positive for having good relations with the twins of Russia and China and bracketing Iran to entertain the Chinese-Russian version is evident given the long-term atrocities it faced at the hands of the USA.

Saudi Arabia has to make tough decisions as it remains increasingly dependent on the US-led power base. Saudi Arabia would mean a good chunk of the Middle East and the Gulf region. The Israeli connection is yet to show itself up as it will strive till the very thin end to keep the world away from escaping off its hands.

The American battle for keeping together the global order is still on and it has yet to enter the war zone, which may commence after November if the situation remains the same in terms of Covid-19 prevalence. The Saudi decision is both political as much as it is religious.

Housing the two most important religious centers in the Muslim world makes it the sacred center of the Muslim world, but for politics, it seizes being this center-hood. Being a core kingdom dominated by the house of Saud, its decision making will surely be both limited and short-sighted given the wide range of global polity fast-changing at the moment.

The Muslim world has good omens as leaning towards the Chinese arc. The American led world was one of chaos and destruction of the Muslim world which adopted the English version of Divide and Rule and was further accelerated by equating Religion of Islam in parallel to global terrorism.

With the global reshaping, the ideologies, philosophies and doctrines put in practice erstwhile are also fading away. This provides an opportunity for the Muslim world to grossly reconsider their strategic political positions for a peaceful and progressive world which is poised presently in the Chinese led version of humanistic global politics.