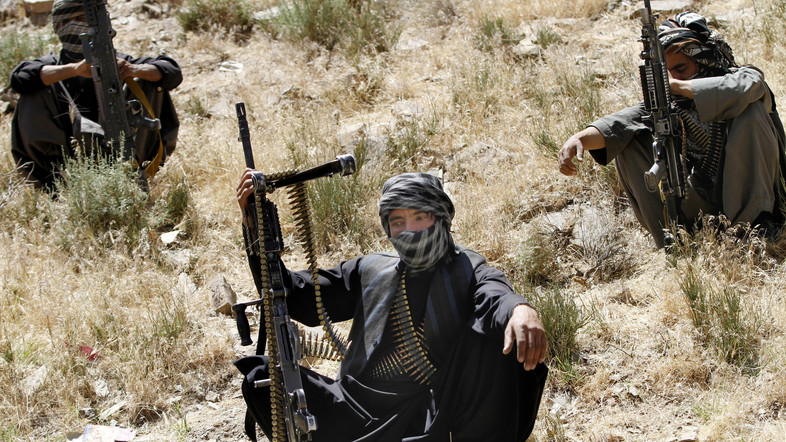 The New York Times reported over the weekend that the CIA would be redirecting most of its Afghan efforts towards directly thwarting the Taliban, which the outlet noted represents a departure from the previous policy of focusing on Al Qaeda and strengthening the capacity of the US’ government-level Afghan counterparts. Instead of remaining in the shadows as they’re usually known for, the new policy supposedly allows the CIA to be more aggressive in directly tracking down the Taliban and assassinating members of the group that poses a threat to coalition forces and their local allies.

Not only does this correlate with Trump’s recent promise to double down the US’ military commitment to Afghanistan, but it also represents a reprioritization of the War on Terror from Al Qaeda and Daesh back to the Taliban, despite the latter group being an effective on-the-ground bulwark against the former two over the past couple of years.

Another consequence of a weakened Taliban would be that the incipient Moscow peace process would collapse, thereby ending any possible hopes for a political solution to this long-running war.

Any future weakening of the Taliban as a result of this policy could lead to a couple outcomes, some of which might be inadvertent but could also cynically be said to have been the true objective all along.  The Taliban only presents a challenge to Kabul and the coalition’s forces in Afghanistan, as it harbors no ambitions to expand its presence outside of the country, whereas Al Qaeda and Daesh are global threats that have promised to destabilize Pakistan, Iran, China, and the Central Asian Republics surrounding the landlocked battlefield state.

Read more: The triple agent’: The final days of the suicide bomber who…

If the Taliban is forced to retreat in the face of a newly emboldened CIA-aided counteroffensive, then it might create an opportunity for these two terrorist groups to grow in their wake. It goes without saying just how disastrous this could be for the region, as Al Qaeda and Daesh might use their Afghan safe havens to plot attacks against the nearby states, thereby creating a larger security crisis and exporting the country’s terrorist threats.

The Taliban only presents a challenge to Kabul and the coalition’s forces in Afghanistan, as it harbors no ambitions to expand its presence outside of the country, whereas Al Qaeda and Daesh are global threats that have promised to destabilize Pakistan

Another consequence of a weakened Taliban would be that the incipient Moscow peace process would collapse, thereby ending any possible hopes for a political solution to this long-running war. It could also encourage the US and Kabul to care even less about civilian casualties than they do now if they’re convinced that they’re on the cusp of victory and such collateral damage “is worth it” in the interests of decisively ending the war.

Of course, such a scenario won’t unfold overnight, as the Taliban is a formidable foe and has demonstrated its resiliency over the years, mostly due to its legitimate grassroots support among many of the locals, but which is precisely why this same local population might easily get caught up in the US’ new anti-Taliban offensive.

When it’s all said and done, the US’ reinvigorated focus on the Taliban might initially be a welcome development for Kabul and the international coalition, but the future consequences of this campaign could lead to a regretful outcome, though one which might cynically be what Washington wanted all along.

News Desk - 26 July 2021
Pakistan's Current Account has fared pretty well on the back of high capital inflows from remittances and the textile sector, but the recent downward trajectory shows that government needs to work on policy reforms to diversify the export portfolio and maintain the promised "sustainable growth".

Why Do Humans Dying in Pakistan Matter Less than when Dying in London?